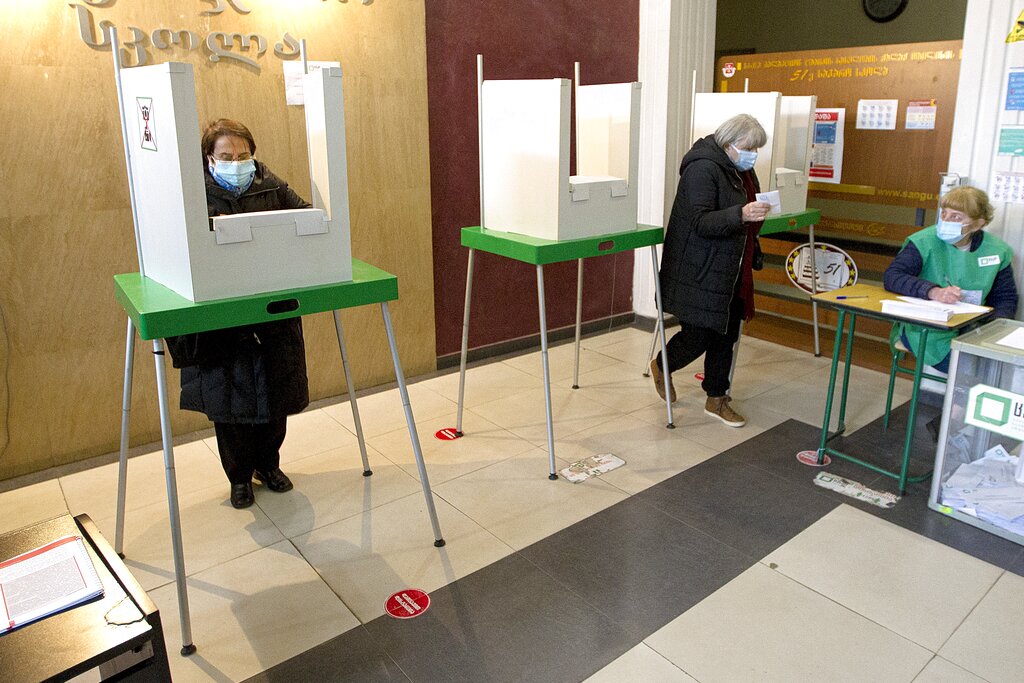 At a polling station during a second round of national municipal elections in Tbilisi, Georgia, Saturday, Oct. 30, 2021. (AP Photo/Shakh Aivazov)

On Local Elections in Georgia

I would like to thank the Georgian delegation for raising their recent municipal elections.

The United States shares the OSCE’s assessment that while the elections were generally calm and well-administered, problems persisted that adversely affected the process.  These included allegations of intimidation and pressure on voters, continued polarization, an escalation of negative rhetoric, sharp resource imbalances, and an undue advantage of incumbency.  The OSCE also noted concerns with the practice of representatives of observer organizations acting as party supporters, at times interfering with the process, and groups of individuals potentially influencing voters outside some polling stations.

Each election – even an imperfect one – offers lessons learned and an opportunity to address persistent abuses that have degraded recent elections and eroded the public’s trust in their institutions and processes.  As a start, we urge Georgia’s leaders to enact and implement all the remaining reforms recommended by ODIHR, the Venice Commission, and other international experts.  These recommendations were provided at Parliament’s request and would be a significant step toward ensuring the next elections are an improvement over the last.

The American people have supported Georgia’s efforts throughout the long, challenging process of building strong institutions, a robust civil society, a professional, pluralistic media, and a government that is responsive to the people.  The recent elections and Georgia’s deeply divisive political environment show much more work is urgently needed.  The United States has offered our friendship as an honest partner to the people and government of Georgia because we believe in Georgia’s future as a stable, prosperous democracy that respects the rule of law, human rights, and fundamental freedoms.  We remain committed to helping Georgia achieve those goals.