Home Home | News & Events | On OSCE’s Role and Commitment to Prevent and Combat Terrorism in All Its Forms: Trends and Challenges 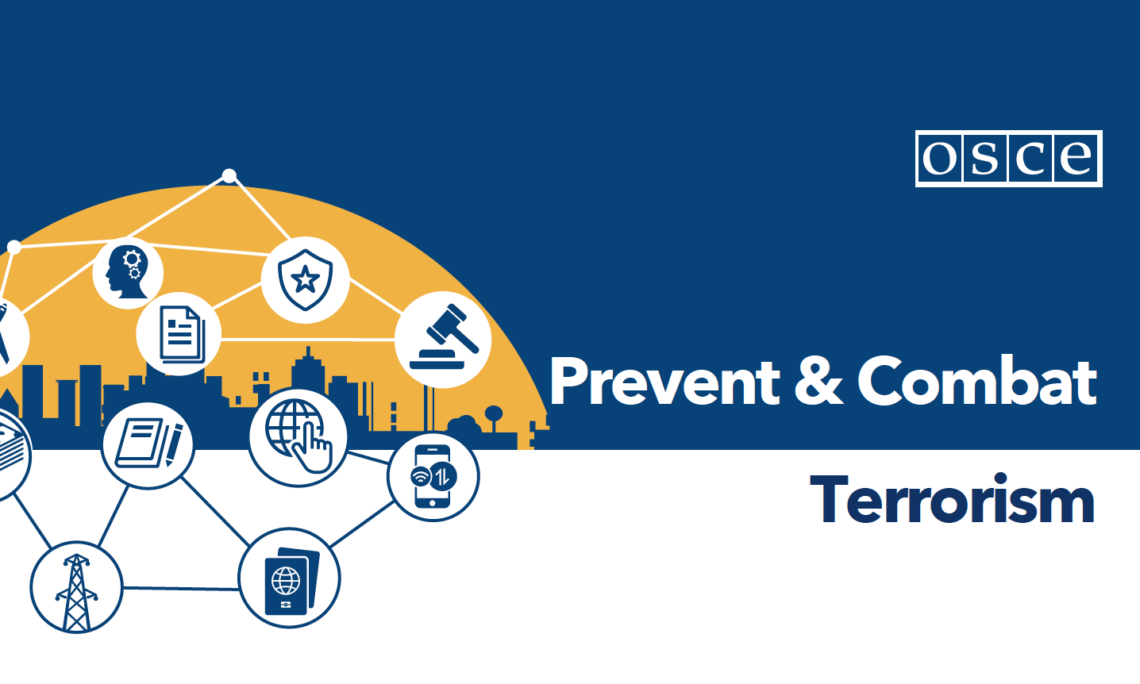 OSCE’s Role and Commitment to Prevent and Combat Terrorism in All Its Forms: Trends and Challenges

On OSCE’s Role and Commitment to Prevent and Combat Terrorism in All Its Forms: Trends and Challenges

As prepared for delivery by Acting Deputy Chief of Mission Elisabeth Rosenstock-Siller
to the Forum for Security Cooperation – Permanent Council Meeting
July 14, 2021

Thank you for convening this joint FSC-PC today. The FSC, through its efforts in addressing challenges posed by Small Arms and Light Weapons, preventing proliferation of weapons of mass destruction, and promoting the Code of Conduct on Politico-Military Aspects of Security, is well positioned to contribute to OSCE-wide efforts to combat and prevent terrorism, along with the Security Committee and the Secretariat’s Transnational Threats Department.

We must continue our good work across all dimensions of security to address evolving terrorist tactics and a more dispersed and dynamic terrorist threat. The ISIS and al Qa’ida threats continue to refine and evolve – with the growing ISIS threat in West and Central Africa and al-Qa’ida’s continued operations in Central Asia, or through its proxies in East Africa and Southeast Asia. We must remain vigilant. Our sustained focus on these groups is needed to further disrupt their recruitment and plotting.

We must also work to confront the emerging terrorist threat posed by what we call racially or ethnically motivated violent extremists (REMVE). REMVE is a serious concern that requires close attention and will be a top priority for the United States in the years ahead.

In addressing these threats, the United States supports whole-of-society terrorism prevention efforts that seek to prevent violent extremists and their supporters from inspiring, radicalizing, financing, and recruiting individuals to commit acts of violence. We prioritize policies and programming aimed at de-radicalization, and disengagement, including for Foreign Terrorist Fighters and their family members. Counter-messaging and discrediting the propaganda, ideology and disinformation propagated by violent extremist groups are essential in breaking the cycle of recruitment, training, and employment practices terrorist groups use. At the same time, we should push back against repressive measures that hamper freedom of expression and limit access to and use of an open, reliable, and secure Internet. And we all benefit from the continued exchange of information and lessons learned in strengthening our efforts to combat terrorism and violent extremism.

The United States would like to express our support for the good work of the Transnational Threat Department’s Action against Terrorism Unit (ATU). ATU promotes reliance on the rule of law and implementation of a legal framework to counter the types of extremism and radicalization that lead to violence or terrorism. ATU activities include countering the use of the internet for terrorist purposes, suppressing terrorist financing, and protecting critical infrastructure and vulnerable targets. In addition, the Transnational Threat Department’s Border Security and Management Unit (BSMU) oversees programs and projects to support efforts by participating States and partners to improve travel data exchange and travel document fraud prevention in alignment with the International Civil Aviation Organization’s and other international standards. This work that has a direct impact on preventing foreign terrorist travel throughout the OSCE region. The United States is grateful for the hard work of the BSMU team as well as for its role in supporting participating States’ efforts to prevent terrorist travel in and around the OSCE.

We acknowledge that other areas of the FSC’s work such as combating the spread of Small Arms and Light Weapons (SALW) and reporting under the Code of Conduct can contribute to our OSCE-wide efforts to counter terrorism. In this regard, implementation of UN Security Council Resolution 1540 on preventing the proliferation of weapons of mass destruction to non-state actors should remain a topic high on the FSC’s agenda. This, combined with continued work on SALW, is critically important because we can address the security risks posed by SALW and how increasing control over stockpiles of SALW and conventional ammunition substantially contribute to security and nonproliferation efforts.

One of the best places to have a fulsome discussion on counterterrorism at the OSCE is at the Annual Security Review Conference (ASRC), which generally features a session dedicated to combating transnational threats, as well as a session focused on regional conflicts – including those that may feature Foreign Terrorist Fighters on the battlefield. For this and many other reasons, the United States feels it is imperative that the OSCE hold the 2021 ASRC as soon as possible, and strongly encourages all states to exercise flexibility and reach decision on this crucial conference.