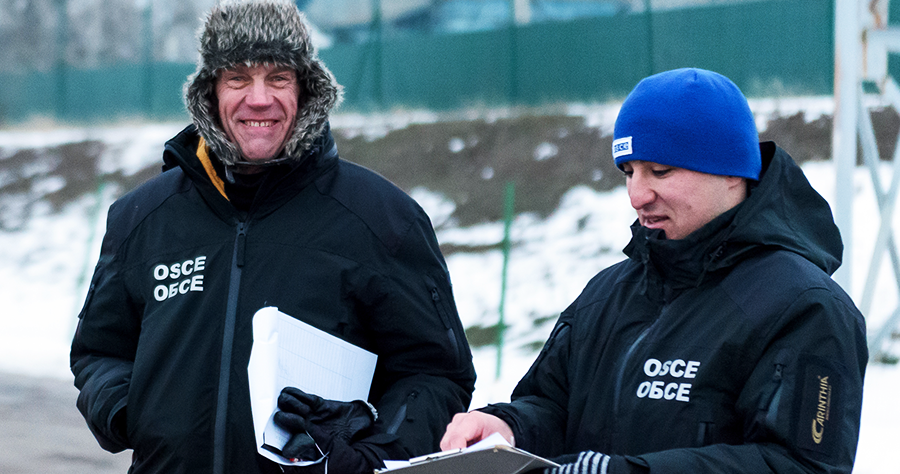 As delivered by Deputy Chief of Mission Harry Kamian
to the Permanent Council, Vienna
October 3, 2019

Ambassador Varga, the United States welcomes you back to the Permanent Council. As always, we appreciate the detailed reports you provide to this body and your leadership of the OSCE Observer Mission at the Gukovo and Donetsk checkpoints on the Russian-Ukrainian border.

Your work helps us better understand Russia’s role in sustaining the multi-year conflict in eastern Ukraine. We commend your reporting on Russia’s train and convoy crossings at the border, which complements the work of the Special Monitoring Mission and provides a more accurate and complete picture of the situation in eastern Ukraine.

Ambassador, you face many challenges in your work as Chief Observer. In your statement you made a suggestion that I believe this Council can and should support, and that is the extension of your Mission’s mandate from four to six months. This modification would reduce the administrative burdens on your Mission, allowing you and your team to better address the core tasks with which you have been charged by this body. After careful consideration, provided you still present your reports to the Permanent Council three times per year, the United States supports your proposal to extend the Observer Mission’s mandate to six months. We encourage other participating States to join us in doing so.

Ambassador, in your most recent report, you note that the Observer Mission has, since July 2014, witnessed the movement of nearly 19 million persons through the checkpoints. In the last reporting period, which ran from May until September of this year, you observed the movement of more than 1.4 million persons—an average of 12,444 persons per day—as well as the crossing of 253 individuals in “military-style outfits.” Although this number is lower than in previous reporting periods, the Mission is unable to determine why these combatants crossed into or out of sovereign Ukraine.

In this same three month-period, your observers recorded the crossing of 14,757 cargo trucks, or an average of 76 per day crossing into Russia and 55 per day crossing into Ukraine. The observation teams were, as always, barred from viewing the X-ray checks conducted by Russian customs and border officials. As such, the specific nature of the contents of these vehicles remains unknown. Russia’s assertions that they contain only humanitarian items, however, are not credible.

Ambassador, the restrictions Russia places on the Observer Mission impede its ability to obtain the most full and accurate picture of these border crossings. Despite support from the vast majority of participating States, Russia continues to block the expansion of the geographic scope of the Mission and, as a result, the Mission is unable to ascertain the full extent to which Russia supports the forces it arms, trains, leads and fights alongside in eastern Ukraine.

We once again call on Russia to afford the Observer Mission the access it needs to fulfill its mandate along the Russia-Ukraine border, including those areas held by Russia-led forces on the Ukrainian side.

Mr. Chair, we again express our gratitude to Ambassador Varga and his team for their dedication to this critical mission.