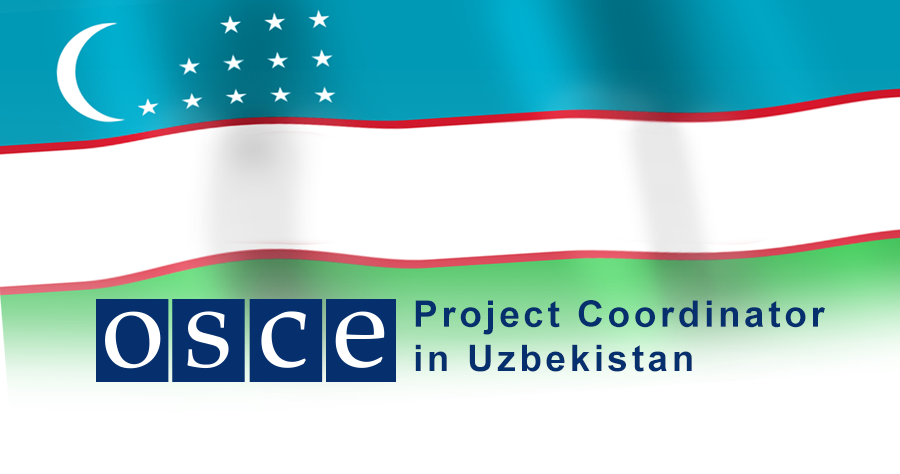 Response to the Report by the OSCE Project Coordinator in Uzbekistan

As delivered by Ambassador James S. Gilmore III
to the Permanent Council, Vienna
May 14, 2020

The United States warmly welcomes the OSCE Project Coordinator in Uzbekistan, Ambassador John MacGregor, back to this Permanent Council here today. Thank you for your report and for your presentation, and for your distinguished leadership of this mission in Uzbekistan on behalf of the OSCE. During your tenure you witnessed an encouraging and exciting transition in terms of a field mission’s relations with a host nation, and I congratulate you on the role that you have played in advancing that evolution. I note the visit of the United States Secretary of State Pompeo on February 2, 2020 to Uzbekistan, where he attended a meeting of five Foreign Ministers from all the countries of Central Asia. His presence there should be taken as an endorsement and recognition of Uzbekistan, as well as the other countries of the region.

The United States commends the strengthened relations between Uzbekistan and the Project Coordinator. We note with pleasure here today the endorsement of your work and that of your Mission by the European Union and the Russian Federation, and Turkey, and other countries as well who have spoken here today. Noting the Roadmap for Cooperation between Uzbekistan and the OSCE, we appreciate your work to build stronger ties between the government of Uzbekistan and other OSCE Institutions such as the Office of Democratic Institutions and Human Rights (ODIHR), the High Commissioner for National Minorities, the Representative for Freedom of the Media, and the OSCE Parliamentary Assembly. The OSCE and its robust toolbox are well-positioned to support Uzbekistan’s ambitious reform agenda. Your efforts to facilitate collaboration are on target. I note here today your strong recommendation and observation with the respect to the resources and personnel available to your Mission. And I agree with your observation, and congratulate you on working to secure sufficient staff for your work and your ability with these resources to partner with the host country Uzbekistan.

We value your diligent pursuit of comprehensive security in Uzbekistan. We note your work with the government to counter transnational security threats emphasized that policies and practices to counter Violent Extremism and Radicalization that Lead to Terrorism should uphold human rights commitments. We hope that the first year of a joint Project Coordinator-ODIHR training program on human rights and anti-terrorism policing will soon bear fruit. We also applaud the Project Coordinator for supporting collaboration among law enforcement, civil society, and state agencies in drafting a National Strategy on Countering Terrorism of Uzbekistan and a related Action Plan for 2021-2025.

The United States supports efforts to improve the government’s ability to fight corruption by promoting Uzbekistan’s cooperation with the Eurasian Group on Combatting Money Laundering and Financing of Terrorism, strengthening the office of Uzbekistan’s Ombudsman, and supporting judicial reform. We value the work of the Project Coordinator in promoting economic empowerment for women in Central Asia; which is an area to which my government attaches special importance. And we congratulate, once again, the spirit of cooperation and partnership with the host government in these forward-looking initiatives.

The United States also supports efforts to strengthen independent media in Uzbekistan and appreciates the collaboration between the Project Coordinator and the Representative for Freedom of the Media in hosting the second Central Asian Judicial Dialogue during March. The relationship between rule of law and freedom of expression is critical, and clearly highlighted by the current pandemic.

The United States, of course, remains concerned by reports of local authorities’ harassment of journalists and bloggers. We welcome the Uzbekistan Ministry of Interior’s announcement that it will investigate the recent detention of journalist Mavjuda Mirzaeva, and encourage investigations of similar reports. We reiterate our call for the release of all who continue to be held in Uzbekistan for exercising their human rights and fundamental freedoms, and look forward to partnership with Uzbekistan’s Ministry of the Interior in these initiatives.

Mr. Chairman, the United States values the Project Coordinator’s work to combat trafficking in persons by organizing trainings and translating ODIHR materials into the Uzbek language. We take note that the government fulfilled its commitment to cease the systemic mobilization of students, teachers, and health care workers during the 2019 cotton harvest. In line with these wider reforms, we support the government of Uzbekistan’s reform agenda and willingness to address the UN Human Rights Committee’s recent concerns related to torture in prisons. Compliance with the International Covenant on Civil and Political Rights—including by respecting the rights to freedom of expression, peaceful assembly, association, and religion or belief—is critical to Uzbekistan’s future, and the OSCE can help in partnering in these initiatives.

Ambassador MacGregor, we encourage the Project Coordinator to further strengthen cooperation with non-governmental organizations, as you have said, and continue programing to build the capacity of independent civil society organizations. The United States encourages you, and your office, to develop more projects that promote human rights and fundamental freedoms.

Let me conclude by expressing my condolences for all the people of Uzbekistan lost and the many displaced after the collapse of a part of the Sardoba Reservoir dam in Syrdarya region, south of Tashkent, on May 1, 2020. I know my colleague, U.S. Ambassador to Uzbekistan Dan Rosenblum’s team has already responded by securing a substantial grant for a local organization to procure and distribute essential relief supplies to families affected by the disaster. I can promise you the United States will continue to be a strong partner for Uzbekistan in times of trouble and in good times also.

Once again, thank you, Ambassador MacGregor, for your and your team’s contributions on the ground in Uzbekistan. It is no secret that the process to select your successor is ongoing, as you have said. It is vital the OSCE seek an energetic head of mission to continue the positive momentum that you unleashed, a candidate with proven diplomatic skills, experience in Central Asia, and first-hand familiarity with the work of the OSCE. Doing so is our best course to ensure that the reforms that you and your team helped support and promote continue to gain traction and make steady progress for the people of Uzbekistan.

Thank you, Mr. Chairman for the opportunity to make this important statement.