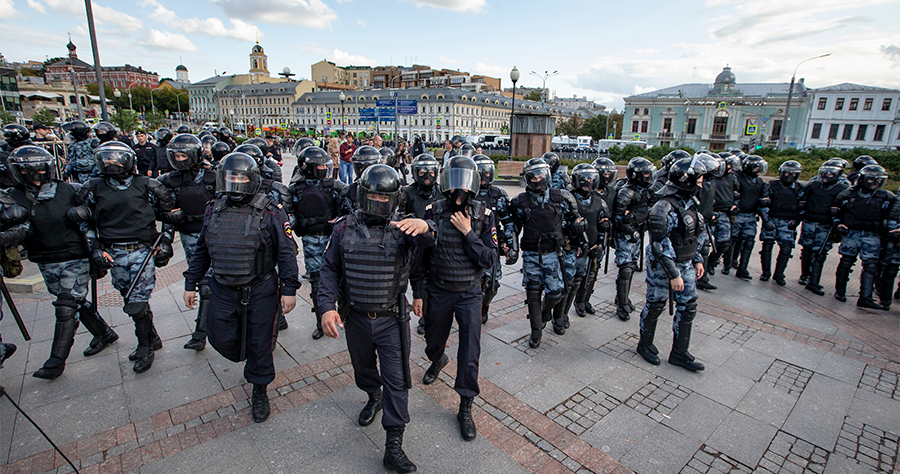 The conditions for holding democratic elections are not created on Election Day. They must be in place before voters head to the polls. Democratic elections require an environment conducive to the exercise of human rights and fundamental freedoms. Long before voters cast their ballots, they must be able to debate openly, associate freely, forge coalitions, and peacefully assemble. Political parties and candidates must be free to compete on a level playing field and register their campaigns without undue restrictions. The electorate must have access to a range of opinion and information. Independent media must be able to operate.

The United States is extremely concerned about the violations of fundamental freedoms and the recent wave of detentions related to the upcoming municipal elections in Russia.

In the run up to the September 8 elections, election authorities rejected – on spurious grounds – dozens of candidate registrations for the Moscow City Duma, including the registration of many independent candidates.

During protests on July 31, August 3, and August 10, more than 2500 peaceful protesters were detained nationwide, including at least 2000 in Moscow. At least 68 individuals reported being beaten by police during the protests.

Many independent opposition candidates who were not permitted to register as candidates for the Moscow City Duma elections, as well as several prominent opposition figures, were subjected to “revolving door” detentions that kept them from participating in the demonstrations. Given the peaceful nature of these protests, we question the grounds for the serious criminal charges filed against several protesters who the government claims provoked “mass unrest” or committed “violence” against law enforcement, and the subsequent severe sentences handed down to several of these protesters. Russian authorities should release all persons still detained for exercising their human rights and fundamental freedoms of expression and peaceful assembly. We call on Russian authorities to transparently investigate reports of the excessive use of force against protesters and of their arbitrary detention.

We are also concerned by reports that Russian authorities shut down mobile internet services during the August 3 protest, a step that internet freedom monitors have called unprecedented in Moscow. There were also disturbing reports of raids on the offices of several civil society organizations and the homes of opposition activists in connection with the protests.
Russian authorities are relentlessly narrowing the space for civic activism, eroding freedoms hard-won by the Russian people from a now defunct, repressive previous regime. Detaining peaceful protesters, independent opposition candidates, and members of civil society for peacefully exercising their political rights runs counter to Russia’s international obligations and its OSCE commitments, including those elaborated in Copenhagen in 1990. The Copenhagen Document committed Russia and other the participating States to “respect the right of individuals and groups to establish…their own political parties or other political organizations and provide [them] with the necessary legal guarantees to enable them to compete with each other on a basis of equal treatment before the law…” All participating States also committed themselves to “respect the right of citizens to seek political or public office, individually or as representatives of political parties or organizations, without discrimination.” Russia’s recent actions have shown disregard for these commitments.

This is a regression to an earlier time before the principles of the Helsinki Final Act established the fundamental freedoms for the people of modern Russia.

As an OSCE participating state, Russia is expected to adhere to OSCE election standards for fairness and transparency on Election Day, and the critical period leading up to election day, when the exercise of political rights make an election free, fair, and meaningful.