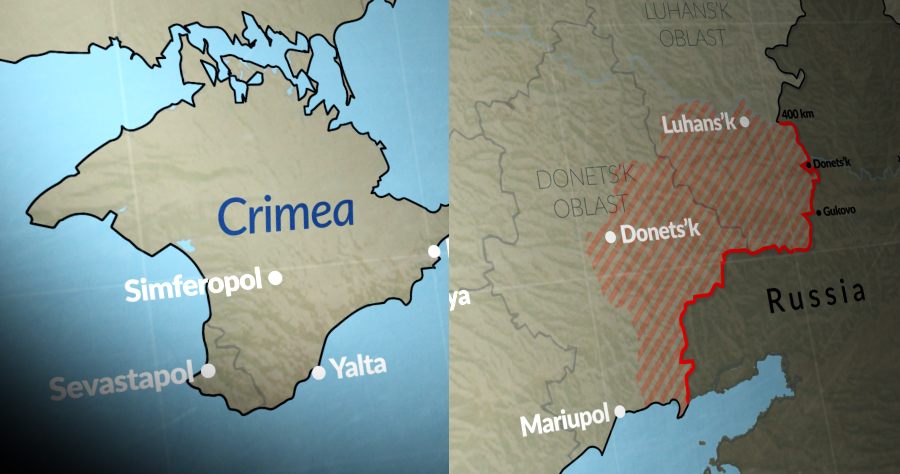 As delivered by Ambassador James S. Gilmore III
to the Permanent Council, Vienna
May 28, 2020

In 2014, Moscow saw an opportunity to exploit a period of significant political change in Ukraine and launched a campaign to undermine the diplomatic processes, governance, and territorial integrity of its sovereign neighbor, Ukraine. For more than six years, the Russian government has fueled the conflict in eastern Ukraine, threatening the lives of local civilians and degrading critical infrastructure on which millions depend for electricity and water. Despite the impact of COVID-19 throughout the region, Russia’s aggression continues unabated.

Make no mistake—the conflict in eastern Ukraine is not “internal.” Ukrainians fought for their freedom in Kyiv’s central square through the hardest winter months of 2013 and 2014, demanding an accountable government. In an effort to undermine Ukraine’s embrace of democratic values and a path toward greater integration with Europe, the Russian government initiated this conflict—in an attempt—to bring Ukraine back under the influence of the Kremlin.

You know, there was a time in the 1990s when the Russian people looked to the future, themselves embracing democratic values and a European path. Today an authoritarian Russia again seeks to dominate its neighbors. If the Kremlin ceased this harmful conduct, it would find the hand of friendship almost everywhere. Instead, the Russian government has its nation on a road that make it no friends.

The fact is the so-called proxy “authorities” in Russia-controlled eastern Ukraine would not exist without direct support from Moscow. These forces rely on Russian equipment and weaponry that has never been in service in the Ukrainian military. Multiple media and non-governmental organizations have documented the presence of high-tech electronic warfare systems, tanks, and anti-air missile batteries in Ukraine, all of which could only have come from Russia. As we saw during last week’s Permanent Council meeting, Russia will go to great lengths to shift the blame for this conflict onto Ukraine and other participating States.

The full weight and responsibility for this conflict falls on the Kremlin. Neither the United States nor Ukraine nor any other member of this Permanent Council is responsible for the conflict in eastern Ukraine or the occupation and purported annexation of Crimea.

As Moscow struggles to obscure its role in this conflict, claiming to be an observer on the sidelines, its proxy forces in eastern Ukraine continue fighting and restricting the movement of the Special Monitoring Mission’s personnel. Although the SMM has implemented stringent policies designed to protect both the Mission and the local communities from COVID-19, Russia and the forces it arms, trains, finances, leads, and fights alongside are exploiting the pandemic to delay, detain, intimidate, and harass members of the Special Monitoring Mission.

In recent weeks, a number of the participating States—including Russia—have highlighted several worrying incidents in which small-arms fire or explosive projectiles have come within close proximity of the Monitors. The safety and security of the Monitors is a priority for this organization and its participating States, many of which have seconded their citizens to the Mission. We will not tolerate efforts to target the members of this Mission, whether by small-arms fire, projectiles, or thinly veiled threats by armed members of Russia-led forces.

We reject Russia’s assertion that Moscow has improved the lives of Crimean Tatars and other Ukrainians living in Russia-occupied Crimea. Since the so-called “Little Green Men” first appeared in Crimea in 2014, the Russian regime has taken drastic steps to infringe upon the rights of Crimean Tatars and other Ukrainians, causing tens of thousands to flee the peninsula.

We remain deeply concerned by the ongoing repression of religious minorities in Crimea. On May 26, occupation authorities raided the homes of four Jehovah’s Witnesses in Kerch and opened a new so-called criminal “extremism” case against at least one. On the same day, an appeals court upheld the six-year prison sentence handed down in March to Jehovah’s Witness Serhei Filatov for hosting a prayer meeting in his home. Dozens of Crimean Tatar men remain imprisoned for “terrorism” for so-called “extremism” in cases related to their exercise of their religious freedom. We are concerned by the news that one of these men, Teimur Abdullayev, who was sentenced to a 17-year prison term in Russia, has spent the past two months in an isolation cell. We call for the release of all Ukrainian citizens that Russia has imprisoned for their political views or peaceful religious practice.

This Council discussed the situation in Crimea at great length last week and heard from a number of participating States regarding the treatment of Crimean Tatars and other Ukrainians living there. All but one of those participating States underscored that Crimea is a part of Ukraine. All but one of those participating States called attention to Russia’s repression and infringement upon the human rights of the local population. All but one decried Russia’s conscription campaign in Crimea, characterizing it as a clear violation of international law. Today we would like to call attention to the Russian government’s continuing conscription of individuals in Crimea into Russian armed forces, compelling persons protected by the Fourth Geneva Convention to serve the forces of a hostile power is a grave breach of that convention.

Russia would have us believe that the Crimean Tatars are better off living under an occupation government, despite the reports of enforced disappearances, illegal imprisonment, forced psychiatric treatment, show trials, and torture. It is time for Russia to drop the charade, return full control of Crimea to Ukraine, and withdraw its forces and materiel from eastern Ukraine. Only then can it reclaim its place as a respected member of the society of nations, a goal it should want for a better future for its own citizens.

Mr. Chair, the United States fully supports Ukraine’s sovereignty, independence, and territorial integrity within its internationally recognized borders, including its territorial waters.  We do not, nor will we ever, recognize Russia’s purported annexation of Crimea.