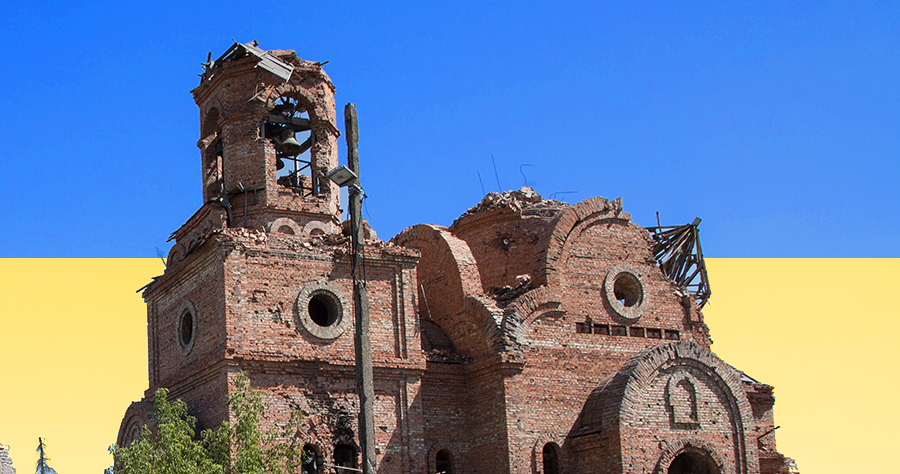 As delivered by Deputy Chief of Mission Harry Kamian
to the Permanent Council, Vienna
February 13, 2020

Following the December 9 Normandy Summit in Paris, the leaders of Ukraine, Russia, Germany, and France outlined a series of commitments to bring us closer to a peaceful resolution of the conflict in eastern Ukraine. Among those goals was the complete withdrawal of forces and hardware at three additional disengagement areas by the end of March 2020.

We note yesterday’s reports of a breakthrough in the Trilateral Contact Group regarding a new disengagement area at Hnutove. If true, these reports would have been encouraging news. We are hopeful that the sides can meet one of the goals laid out by the leaders at the Normandy Quartet Summit by fully disengaging at additional sites.

As Ambassador Grau noted during last week’s Permanent Council meeting, Ukraine has taken several steps toward the implementation of the Minsk agreements. Kyiv has adopted and renewed the Law on Special Status and has negotiated in good faith. Russia, however, has failed to follow through on any of the commitments it made to improve the security situation inside eastern Ukraine and remains intransigent when negotiating the details of how peace can be achieved. The United States urges Russia to match the political will shown by Ukraine. A demonstration of Russian political will to end this horrific conflict is long overdue.

As we have said in previous statements, financial support to the Special Monitoring Mission in Ukraine is also an expression of political resolve, and of political support to the peace process. The United States encourages all participating States to show their support via contributions—wherever possible and no matter the amount—to the voluntary portion of the SMM’s budget. In the past few days, we have heard of a number of new commitments from our colleagues at this table, as participating States—who are committed to peace—step up and do their part.

The Mission performs its duties in difficult circumstances in a dangerous and volatile environment. This week saw 3,200 ceasefire violations and civilian casualties, as well as the now all too typical instances of signal interference or small-arms fire directed at the Mission’s UAVs. In addition, the Monitors’ movement was restricted on 33 occasions, the vast majority of such instances again occurring in areas controlled by Russia’s proxy forces. The United States calls upon Russia to instruct the forces it arms, trains, finances, leads and fights alongside to afford the Special Monitoring Mission the access it needs to fulfill its mandate. We again condemn the targeting of the Mission’s UAVs—valuable technological assets paid for by the participating States of this Permanent Council.

Mr. Chair, the United States is concerned by reports of worsening restrictions on peaceful religious practice in the parts of the Donbas controlled by Russia-led forces. In late 2019, local authorities in the so-called “Luhansk People’s Republic” cut off water, electricity, and gas supplies to unregistered places of worship. We are concerned by reports that Russia’s proxy authorities in Luhansk have banned over a dozen works of Baptist literature as “extremist.” Last week authorities threatened Baptist minister Vladimir Rytikov, a Soviet-era prisoner of conscience, with criminal “extremism” charges if he continues to lead his congregation.
Meanwhile, in the so-called “Donetsk People’s Republic,” Russian proxy authorities raided a Protestant church during Sunday services on January 19, detained and interrogated the church leaders, and fined them for leading an ‘unregistered’ religious community. In both the “LPR” and “DPR,” local authorities upheld a ban on Jehovah’s Witnesses as an “extremist” organization and seized some of their buildings.

Let us never forget Crimea is an integral part of this multi-year conflict. Russia must cease its repressive actions, including on religious grounds, against Crimean Tatars, ethnic Ukrainians and others who oppose its occupation. Russia convicts adherents of Hizb ut-Tahrir, which operates legally in Ukraine, on charges of terrorism under Russian law. Many of those convicted on these fabricated charges are then illegally transferred to prisons in Russia. We are appalled by the inhumane conditions they suffer while unjustly imprisoned.

Lawyers for Crimean Tatar Refat Alimov report he is being held in an isolation cell without sunlight, proper ventilation, or heating at a detention center in the Rostov region. He is serving an eight-year sentence and has had his warm clothes, bedding, and medication confiscated. Another Crimean Tatar prisoner, Timur Abdullayev, is being held at this same facility in a cell reportedly overrun by cockroaches and saturated with mold.

Russia’s prison administration in Rostov region is also withholding medical treatment from unjustly convicted Crimean Tatar blogger Nariman Memedeminov. We call for the immediate release and return to Ukraine of all Ukrainians unjustly held by Russia.

Mr. Chair, the United States fully supports Ukraine’s sovereignty, independence, and territorial integrity within its internationally recognized borders, including its territorial waters. We do not, nor will we ever, recognize Russia’s purported annexation of Crimea. We join our European and other partners in affirming our Ukraine-related sanctions against Russia will remain in place until Russia fully implements its Minsk commitments and returns full control of Crimea to Ukraine.