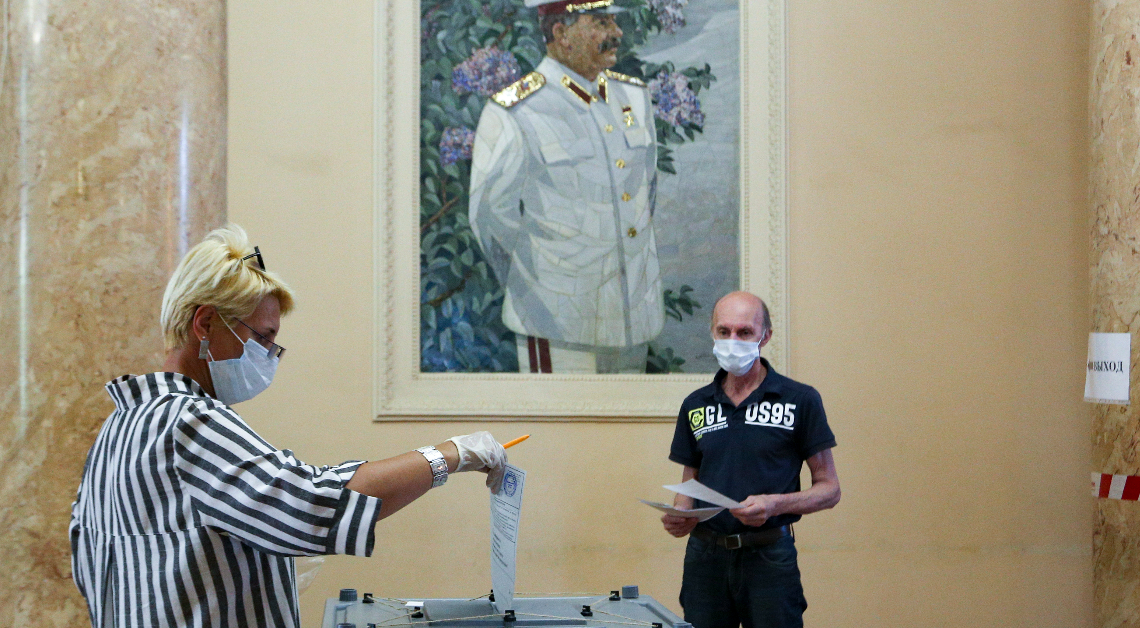 The United States has closely followed the voting on a package of constitutional amendments that took place in the Russian Federation over the past week.  We are troubled by reports of Russian government efforts to manipulate the result of the vote, including through voter coercion, pressure on opponents of the proposed amendments, and restrictions on the ability of independent observers to monitor the vote.  We share the concerns voiced by the OSCE Representative on Freedom of the Media regarding police violence against a journalist covering the voting in St. Petersburg.  We are also deeply disturbed by reports that Russian authorities are attempting to conduct “voting” on Ukrainian territory in Donetsk, Luhansk, and Crimea, further underlining Russia’s flagrant disregard for the territorial integrity and sovereignty of its neighbor, Ukraine.

These reports unfortunately echo longstanding concerns in many previous election assessment reports on the Russian Federation issued by the OSCE’s Office of Democratic Institutions and Human Rights (ODIHR), which documented  “pressure on critical voices,” “restrictions on fundamental freedoms,” an “uneven playing field” caused by state control of the media, “restrictions on candidates’ rights” for the opposition, and an overall “lack of genuine competition.”

We note with concern that the amendments contain a provision that would, in effect, permit President Putin to run for President of the Russian Federation two more times, giving him the opportunity to remain in power until 2036.  In light of the documented concerns noted above, this latest vote in Russia raises legitimate questions as to whether the proposed amendments are designed to favor the current and future incumbents, allowing them to extend their terms in office when the necessary conditions for free and fair elections are lacking.

Around the world, as a matter of principle, the United States opposes constitutional amendments designed to unfairly favor incumbents by extending their term limits, particularly in contexts where necessary conditions for free and fair elections are lacking due to restrictions on the fundamental freedoms of expression, association, and peaceful assembly.  Rather, the United States supports constitutional frameworks and electoral environments that enable: fair competition of ideas and candidates; periodic, freely contested elections; and peaceful, democratic transitions of power.  Peaceful, democratic transitions of power are the restraint on the state that guarantees the liberty of citizens within a country.

The Russian Federation, like other OSCE participating States, committed itself to holding free and fair elections under conditions permitting a genuine competition of opinions and candidates as well as the exercise of human rights and fundamental freedoms without fear of retribution.  The people of Russia, like people everywhere, deserve free and fair elections, respect for their human rights, equal treatment under the law, a transparent and accountable government, and the ability right to freely determine their own future.