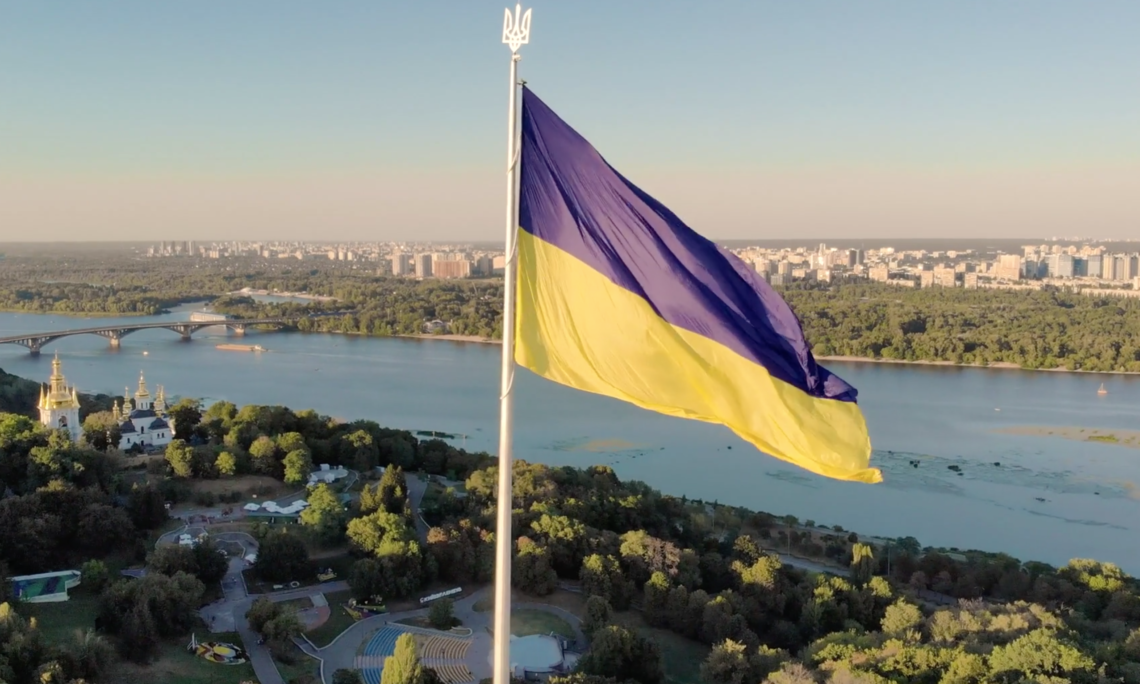 The United States joins you in urging all participating States to join consensus on the Special Monitoring Mission’s budget and mandate.  There is very little time remaining and this organization cannot afford to lose our eyes and ears on the ground in eastern Ukraine.

This month marks the beginning of the eighth year of Russian hostilities toward its sovereign neighbor.  Russia’s aggression in eastern Ukraine has resulted in more than 13,000 people killed and more than 1.4 million forced from their homes.

The participating States of this Permanent Council and the international community have overwhelmingly and consistently condemned Russia for its violation of Ukraine’s territorial integrity, yet Moscow continues to pursue aggression in the Donbas.  Meanwhile, Russian families endure the loss of loved ones in a pointless conflict in eastern Ukraine.

Our Russian colleagues consistently deny their country’s role in the conflict.  Repeating a lie does not make it true.  Russia continues to obstruct the peace process, including in the Trilateral Contact Group.

Only when Russia truly acknowledges its role—in the conflict it manufactured and sustains—and only when Russia engages in good faith discussions on the peace process—can we expect to see real progress.

Russian officials frequently assert that Ukraine seeks to cast the Minsk agreements aside, despite the strong effort and progress made by the Ukrainian side to implement their commitments to special status law and constitutional reform under the agreements.  Instead of blatant misdirection, Russia should focus on its own commitments under Minsk; commitments it undertook when its representative signed the Minsk Protocol and Memorandum way back in September 2014.

Namely, Russia should direct the forces it arms, trains, leads and fights alongside to lay down their weapons, dismantle unlawful military formations, and remove Russia’s hardware from the territory of Ukraine.  It should immediately cease the emplacement of new landmines, facilitate the safe delivery of international humanitarian assistance to Russia-controlled areas of eastern Ukraine, and reinstate Ukraine’s full control over its internationally recognized border with Russia.

Let’s be clear: Russia could do all of these things today.  Russia could end this conflict tomorrow.  Instead, it chooses to fuel the conflict.

We remain concerned about abuses in Crimea, where Russia’s occupation authorities repress and incarcerate Crimean Tatars, ethnic Ukrainians, and others who dare oppose the occupation.  For seven years, the Ukrainian territory of Crimea has been a dangerous place in which to exercise human rights and fundamental freedoms of expression, peaceful assembly, association and religion or belief.  We call this body’s attention to the case of Vladislav Yesypenko, a Ukrainian journalist who was unjustly detained by Russian authorities on March 10 on politically-motivated charges for which he could face up to 20 years imprisonment under Russian law.   Just last week, Yesypenko appeared on Russian-controlled TV, clearly having been beaten and coerced to follow a script fed to him by Russian authorities.  Yesypenko is one of almost 60 “Crimea Realities” journalists who have faced harassment or politically-motivated charges, or who have been forced to leave the peninsula.  We condemn Russia’s efforts to restrict the rights of Ukrainian citizens in Crimea, including by banning them from owning property on the peninsula.

We once again condemn Russia’s harassment, abuse, and prosecution of residents of Crimea, and the severe restrictions on the exercise of human rights and fundamental freedoms it imposes on the Crimean population.

Crimea is Ukraine.  We call upon Russia to end its occupation of the peninsula, to release all Ukrainian political prisoners, and to remove its forces and military hardware from eastern Ukraine

Madam Chair, the United States fully supports Ukraine’s sovereignty, independence, and territorial integrity within its internationally recognized borders, including its territorial waters.  We do not, nor will we ever, recognize Russia’s purported annexation of Crimea.  We join our European and other partners in affirming our Ukraine-related sanctions against Russia will remain in place until Russia fully implements its Minsk commitments and Russia returns full control of Crimea to Ukraine.