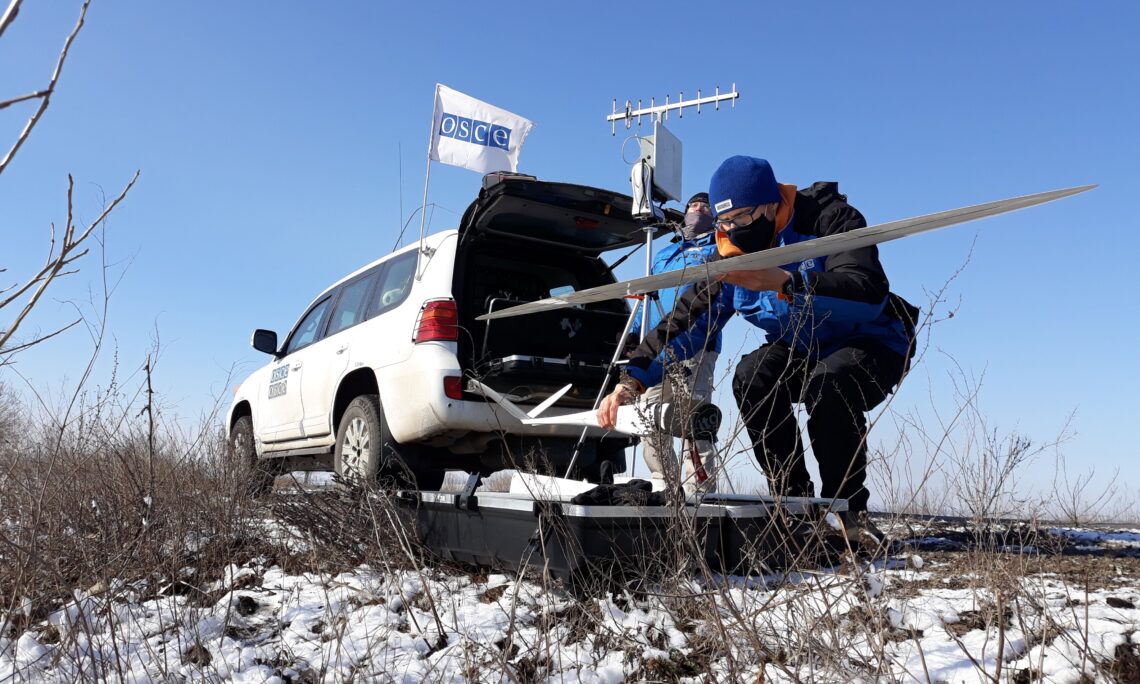 The United States continues to monitor closely Russia’s ‘drawdown’ of its military forces along Ukraine’s eastern border and in Russia-occupied Crimea.  That said, the situation on the ground in eastern Ukraine remains worrying.  The violence propagated by Russia-led forces in eastern Ukraine not only costs the lives of Ukrainian Servicemembers—but led to the loss of more than 13,000 Ukrainians since Russia initiated this conflict in 2014.  Russia’s adventure continues to damage homes, schools, and critical civilian infrastructure.

The SMM continues to report civilian casualties, each heartbreaking.  Last month alone, the SMM reported 15 cases of civilians injured or killed due to mines and unexploded ordnances, each one representing a real and human tragedy.  On May 6, to name one sad example, a man in his seventies was killed by an unknown explosive device while walking in a cemetery with his wife.

The civilian communities of eastern Ukraine have borne the brunt of Russia’s aggression for more than seven years.  One ceasefire violation is one too many, especially for the families enduring tragedies

We continue to rely heavily on the SMM to provide us with the most accurate picture of developments on the ground in eastern Ukraine.  Regrettably, Russia-led forces increased their efforts to hinder, delay or outright deny the SMM’s Freedom of Movement along, across and around the Line of Contact.  Recent incidents involving Russia-led forces demanding customs forms of SMM monitors are unprecedented and represent a significant escalation in harassment.  As always, the overwhelming majority of Freedom of Movement restrictions occur in Russia-controlled areas.

SMM monitors continue to face restrictions or denials at the Line of Contact, while patrolling and traveling between Russia-controlled areas of Donetsk and Luhansk oblasts.  At the same time, the SMM is reporting near-daily incidents of interference with its UAVs, which are increasingly targeted by small-arms fire and jamming.  A May 6 SMM Spot Report detailed yet another forced landing of a long-range UAV after it experienced a loss of spatial control due to GPS signal interference.

As we said during last week’s Permanent Council meeting, the participating States cannot, and will not, accept this heightened interference as the new normal.

We call on Russia to direct the forces it arms, trains, leads, and fights alongside to cease their harassment of the SMM and ensure the monitors have the full movement they need to fulfill the mandate of this crucial Mission.

We remain deeply concerned over the deteriorating human rights situation in Crimea, where Crimean Tatars, ethnic Ukrainians, and other ethnic and religious minorities have suffered for more than seven years at the hands of Russia’s occupation authorities.  As part of its broader efforts to destabilize Ukraine and to disrupt regional security, Russia has engaged in a multi-year military buildup in Crimea.  Even as it announced the drawdown of its forces along its border with Ukraine, Russia recently transferred Air Assault elements to Crimea, along with T-72B3 battle tanks, 120mm mortars, 122mm howitzers, and armored vehicles, among other equipment and hardware.  Furthermore, Russia has continued to conscript thousands of young residents of Crimea into its military, some of whom have been transferred to Russian military units assigned to carry out the Kremlin’s agenda in the Donbas.

Mister Chair, the United States fully supports Ukraine’s sovereignty, independence, and territorial integrity within its internationally recognized borders, including its territorial waters.  We do not, nor will we ever, recognize Russia’s purported annexation of Crimea.  We join our European and other partners in affirming our Ukraine-related sanctions against Russia will remain in place until Russia fully implements its Minsk commitments and returns full control of Crimea to Ukraine.