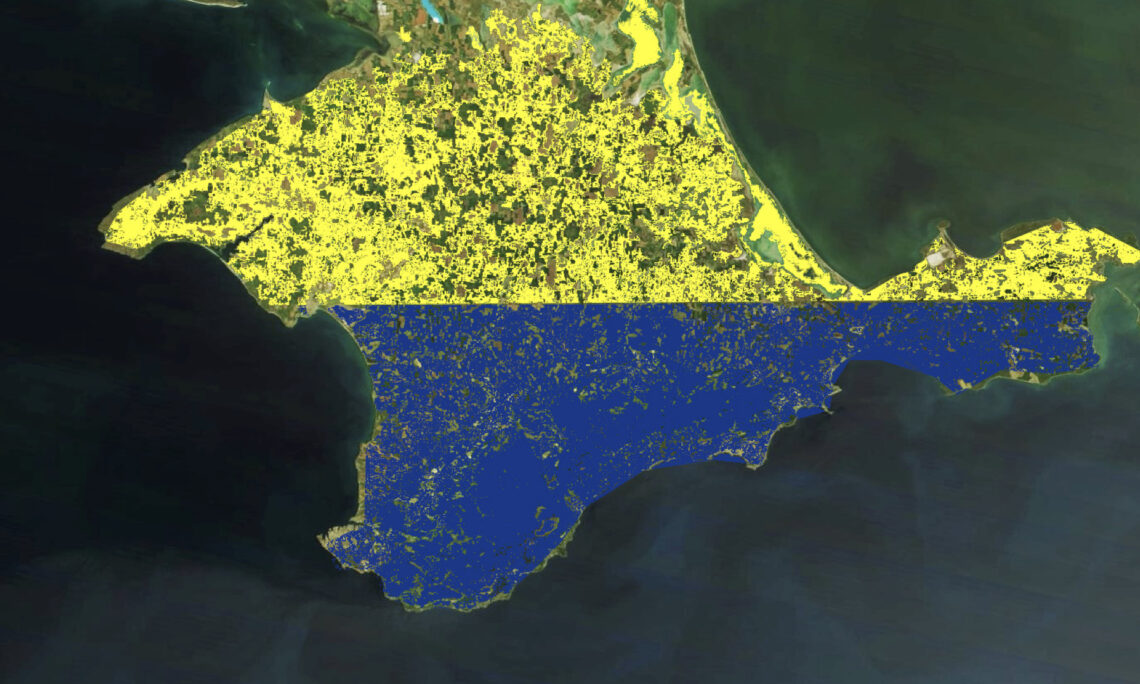 We urge Russia to end its occupation of Crimea, cease its harassment of Crimean Tatars, ethnic Ukrainians, and other members of ethnic and religious groups.

Last week, our Russian colleague told this Permanent Council the conflict in eastern Ukraine was the result of a foreign-orchestrated coup d’état.  The Russian delegation has made this claim repeatedly here at the OSCE.  But repeating it doesn’t make it true, nor does it change the fact that Russia’s aggression against Ukraine is the sole cause of the conflict.

Let’s be clear about why we discuss this conflict every Thursday.  It is because Russia and the forces it arms, trains, leads, and fights alongside have fueled this terrible situation in eastern Ukraine for more than seven years.  The conflict has killed 13,000 people, injured tens of thousands more, and displaced more than a million people.  It seems Russia believes the death and destruction it cold-bloodedly inflicts on the civilian populations of eastern Ukraine is acceptable collateral damage in its efforts to destabilize its sovereign neighbor and impede Ukraine’s Euro-Atlantic integration.

In advance of Moscow’s unilateral build-up of military forces in recent months along its border with Ukraine and in Russia-occupied Crimea, Russia speciously claimed Kyiv was engaging in military escalation.  There was, instead, abundant evidence of a unilateral Russian buildup.  However, Russia peddles a false narrative of so-called “hotheads” in Kyiv who Moscow claims seek a wider military confrontation in the Donbas.  The United States commends Ukraine’s restraint in the face of such unprovoked, years-long aggression as well as the recent inflammatory rhetoric, which was dishonest to its core.

On the ground in eastern Ukraine, Russia-led forces continue to impede the efforts of the Special Monitoring Mission, in clear violation of the spirit of the Minsk agreements, to which Russia is a signatory.  This week the SMM again reported near daily occurrences of interference with its UAVs, which are targeted by small-arms fire or signal interference.  Perhaps because of the SMM’s outstanding ability to perform its core taskings, Russia-led forces continuously restrict the SMM’s freedom of movement.  Again, this week, the Mission reported multiple instances in which Russia-led forces prevented SMM monitors from fulfilling their critically important mandate.  The United States calls on Russia to cease obstructing the SMM and afford it full freedom of movement throughout all of Ukraine’s territory, including Crimea.

We condemn Russia’s continued efforts to intimidate Crimean Tatar leaders, to silence journalists, and to prosecute and imprison those who oppose Russia’s more than seven-year occupation of Crimea.  The case of Mejlis Chairman Refat Chubarov, highlighted by the United States and others during last week’s PC meeting, is but one of the latest examples.  Despite Moscow’s oppressive occupation of Crimea and relentless efforts to silence Crimean voices, the international community is listening, and we will speak in their defense.

We urge Russia to end its occupation of  Crimea, cease its harassment of Crimean Tatars, ethnic Ukrainians, and other members of ethnic and religious groups, and release all political prisoners.  We further urge Russia to adhere to its commitments as a signatory to all three Minsk agreements, end its aggression, and remove its forces and hardware from Ukraine.

Mr. Chair, the United States fully supports Ukraine’s sovereignty, independence, and territorial integrity within its internationally recognized borders, extending to its territorial waters.  We do not, nor will we ever, recognize Russia’s purported annexation of Crimea.  We join our European and other partners in affirming our Ukraine-related sanctions against Russia will remain in place until Russia fully implements its Minsk commitments and returns full control of Crimea to Ukraine.