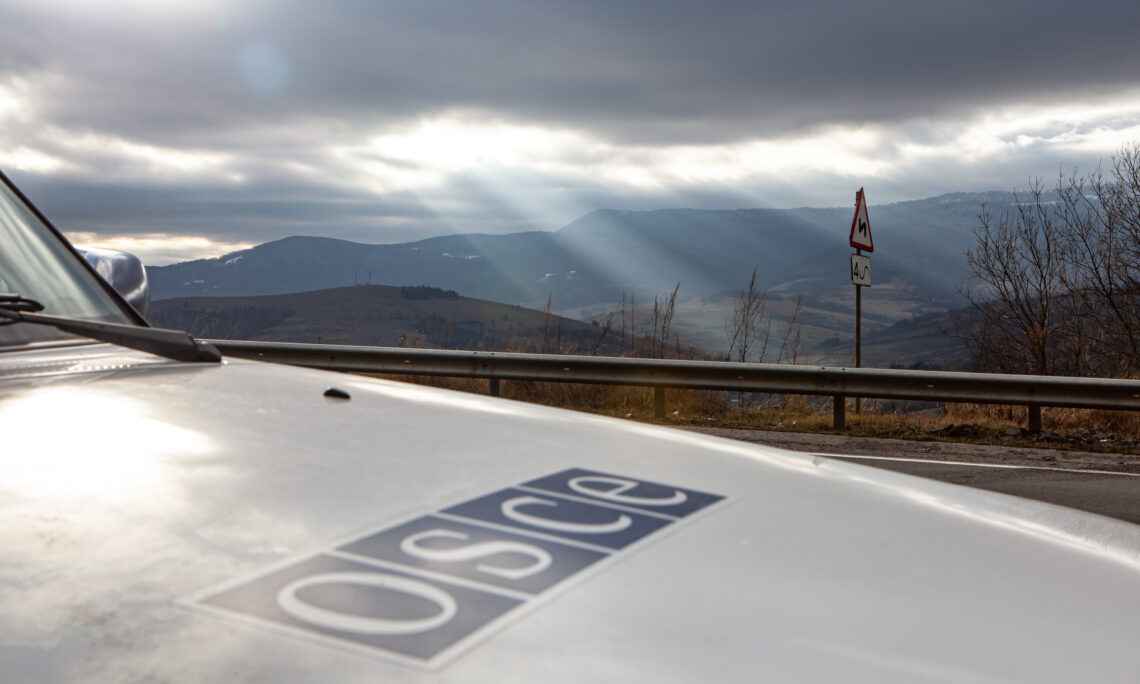 I would like to begin by expressing appreciation for the SMM’s ongoing reporting on ceasefire violations along the Line of Contact in eastern Ukraine, as well as on developments in the Human Dimension.  We heard last week from Ambassador Cevik that the ceasefire and the additional measures to strengthen it are increasingly fragile.  This is due entirely to Russia’s refusal to halt the violence and negotiate in good faith at the Trilateral Contact Group, which Ambassador Kinnunen reported on in detail last week.

The SMM can monitor this conflict.  It cannot end it — only Russia can do that.  We can call on the SMM to increase monitoring along the international border, increase the size and scope of UAV patrols, increase the number of monitors, and so on, but it will not alter the reality on the ground so long as Russia continues to use violence as a political tool.  We must remember the SMM’s ability to fully carry out its mandate rests entirely on what Russia and the forces it leads will allow the mission to observe and where they will allow monitors to patrol. Therefore, the United States calls on Russia to cease obstructing SMM movements within the territory under Russia’s control within Ukraine.

I add the Ukrainian Armed Forces almost never block SMM movements, and when they do it is for legitimate and substantiated reasons, most commonly linked to safety.  More than 90 percent of all movement restrictions occur in Russia-controlled territory, per SMM reporting.  Russia-led forces delay monitors at ersatz checkpoints, they demand reams of documentation without explanation, they insist on searching SMM vehicles despite the Mission’s noncombatant role… the list goes on.

We are not requesting increased authority for SMM; we are calling on Russia to allow SMM to fulfill its existing mandate.  That mandate permits SMM to patrol the entirety of Ukraine, which includes Russia-occupied Crimea, because Crimea is Ukraine.  I repeat — this is not a call for an expanded mandate — it is a call for Russia to cease obstructing SMM’s existing mandate, to which this Permanent Council agreed via consensus when it created the SMM.  While Russia’s obstruction continues, so does its aggression.

Russia’s ongoing aggression in eastern Ukraine and occupation of Crimea is now in its eighth year and has claimed more than 13,000 lives.

I anticipate Russia will respond that the SMM could easily fulfill its mandate if only Ukraine would negotiate directly with Russia’s proxies, to whom Russia refers as local authorities in a bid to deny responsibility for its continued aggression against Ukraine.  Russia stonewalls peace negotiations while seeking to politically pressure Ukraine into accepting some level of direct communication with Russia’s proxies on practical security or humanitarian-related issues.  Russia seeks to sap Ukraine’s resolve in order to secure concessions that undermine Ukraine’s sovereignty and territorial integrity.

All of this is clear and well known.  But there is no reason whatsoever for Russia and the forces it leads not to adhere to the ceasefire.  Not too long ago, they did largely adhere to it after implementing the additional measures to strengthen the ceasefire.  Though a political solution proved elusive, the number of ceasefire violations and casualties — both military and civilian — plummeted to historically low levels.

In occupied Crimea, Russia continues a campaign of repression against Crimean Tatars, ethnic Ukrainians, and members of other ethnic and religious groups.  Russia holds over 100 political prisoners from Crimea, one of whom is 61-year-old Servet Gaziev.  Mr. Gaziev suffers from a number of chronic diseases.  During his still ongoing trial, he been taken from the courthouse in an ambulance five times as a result of occupation authorities’ failure to afford him medical attention while in detention.  According to his attorney, on September 25, the day of his transfer from Interregional Tuberculosis Hospital No. 19 in Rostov-on-Don back to his place of detention, Mr. Gaziev was severely beaten in the hospital by occupation authorities, who threw him to the floor, twisted his arms, beat him, and shaved his beard.  Mr. Gaziev’s inhumane treatment is just one example of the unconscionable abuses to which Russia subjects Crimeans.  The abuses most stop immediately, and perpetrators must be held to account.

I would like to reiterate, and will continue to reiterate weekly, the United States’ support for Ukraine’s sovereignty, independence, and territorial integrity within its internationally recognized borders.  We do not, nor will we ever, recognize Russia’s purported annexation of Crimea.  As a signatory to the joint declaration of the Crimea Platform, we reaffirm that Crimea is Ukraine.  We will continue to coordinate closely with likeminded countries until Crimea and all Russia-controlled territory is rightfully restored to Ukraine.