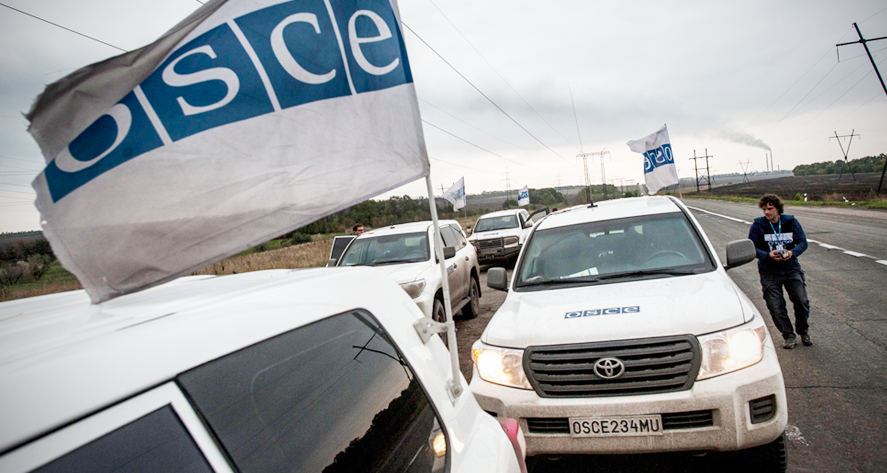 I would also like to thank Sweden for your leadership on this issue – Russia’s ongoing aggression against Ukraine and illegal occupation of Crimea – during your Chairpersonship-in-Office.

Colleagues, this is a critical time.  Ukraine’s independence, sovereignty, and territorial integrity are being threatened in an unprecedented way.  President Biden made clear that the United States and our partners will respond with massive and unprecedented economic and other measures in the event of military escalation and further attempts to destabilize Ukraine.  As my UK colleague has noted, the G7 statement issued last week in Liverpool underscored our unity of purpose.

President Biden has also called for de-escalation and a return to diplomacy and reiterated that this conflict can only be solved through diplomatic efforts.  To that end, Assistant Secretary for European Affairs Karen Donfried traveled to Kyiv and Moscow this week to reinforce our support and desire to make diplomatic progress on ending the conflict in the Donbas through implementation of the Minsk agreements.

Unfortunately, Russia continues to assert it is not a party to the conflict and demands Ukraine engage directly with its proxies.  It continues to propagate the false narrative that it is a “mediator.”   But we all understand the facts on the ground.  As my Canadian colleague just pointed out, Russia is the sole aggressor.  Russia instigated this conflict, and now we call on it to engage in diplomatic efforts to end it.  Russia is a full participant in the Minsk agreements and committed to implement their terms.

To date, however, Russia has failed to implement its security commitments under Minsk, has not implemented the July 2020 Measures to Strengthen the Ceasefire.  To the contrary, Russia has engaged in so-called passportization and facilitation of voting in Russia’s elections that foster the Russia-controlled regions’ links to Russia.  On what planet does this behavior show respect for Helsinki principles like sovereignty and territorial integrity?

Russia and its proxies routinely obstruct discussions in the Trilateral Contact Group, delaying progress on implementation of key security and political elements of the Minsk agreements.

Russia’s more recent claims that Ukraine will stage a provocation are clearly aimed at creating a pretext for Russia to embark on further aggression against Ukraine.  Let’s be honest, Russia’s aim is to prevent Ukraine from charting its own course, integrating with the Euro-Atlantic community, strengthening its democracy, and fighting corruption.

Russia’s continued aggression in Ukraine, now in its eighth year, has caused more than 13,000 deaths and tens of thousands of injuries, has displaced 1.6 million people, and has wrought devastating damage to critical civilian infrastructure.

We call on Russia to cease obstructing the SMM’s efforts to observe and report, as mandated, on developments throughout Ukraine.  We urge Russia to engage constructively within the Trilateral Contact Group, return to the JCCC, and to open all civilian crossing points along the Line of Contact to allow for free movement of civilians.  The urgency of the humanitarian crisis caused by Russia’s proxies’ closure of the entry-exit crossing points was made evident at the side event on Freedom of Movement organized by the Chair.  Russia could alleviate civilian suffering in an instant, and we call on it to do so.

We also call for the release of all of the more than 100 Ukrainian citizens unjustly detained by Russia.  We condemn the closed-door trial of Radio Liberty journalist Vladislav Yesypenko, the latest hearing of which took place on December 8.  Given the flimsy political basis of the charges against him, it is no wonder Russia wants to hide this mockery of justice from the public.  Crimean Tatar Deputy Mejlis head Nariman Dzhelyal reportedly is being held in a damp, unheated cell in Simferopol, in the pre-trial detention center there..  We also call on Russia to end its harassment of the Crimean Solidarity human rights group.  Its coordinator, Mustafa Seidaliyev, has been repeatedly detained in recent weeks.

We do not, nor will we ever, recognize Russia’s purported annexation of Crimea.  Crimea-related sanctions will remain in place until Russia returns full control of the peninsula to Ukraine.

There is a way forward, based on dialogue and diplomacy, but Russia must choose this path if we are to end this conflict in the heart of Europe.