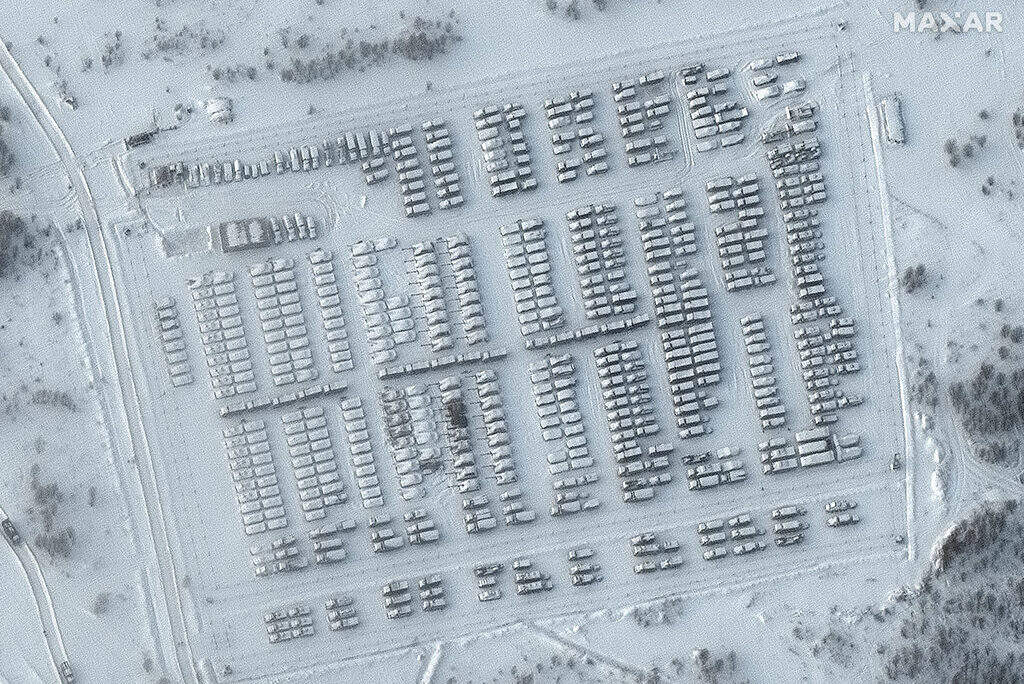 As prepared for delivery by Ambassador Michael Carpenter

Today, the attention of the entire world is focused on Ukraine.  The massive buildup of Russian troops on the Ukrainian border, the false narratives suggesting that Ukraine is not worthy of being a fully sovereign state, and the repeated demands that Ukrainians be denied a voice in deciding their own future, should give every one of us pause.  What happens in Ukraine is not only a matter of peace and security in the Donbas, or Ukraine, or even Europe.  What is at stake are the foundational principles of the UN Charter, the Helsinki Final Act, and the Charter of Paris.  Do we live in a world where these principles are upheld, or will we allow them to be trampled?

Colleagues, as we noted last week, the United States strongly endorses a revitalized dialogue on European security at the OSCE to discuss the concerns and threat perceptions of all participating States.  With sufficient political will around this table, we believe it is entirely possible to agree on new measures to de-escalate tensions, build transparency and confidence, and even to adopt reciprocal restraints and new mechanisms of conventional arms control.  But even as we offer in good faith to engage in an open dialogue that aims to find areas of common ground, we must keep this organization relentlessly focused on defending the principles that we all solemnly pledged would guide our behavior toward our fellow participating States and toward our people.  That is why the United States will repeat time and again that we remain steadfastly committed to Ukraine’s sovereignty and territorial integrity.  And that is why, from President Biden on down, we have made clear that any further Russian military escalation or attempts to destabilize Ukraine will result in a massive and unprecedented response.  As we have made clear, we much prefer to follow the path of diplomacy and de-escalation.

The path of dialogue requires that we listen to the concerns of ALL states represented around this table, but it also requires us to candidly state our own concerns.  So, Mr. Chair, allow me to be forthright: Moscow has methodically worked to undermine Ukraine’s democratic institutions.  It has interfered in Ukraine’s politics and elections.  It has blocked energy and commerce to intimidate Ukraine’s leaders and pressure its citizens.  It has harassed commercial transit routes through the Sea of Azov.  It has used disinformation to sow mistrust and carried out malicious cyber activities affecting Ukraine’s critical infrastructure.  And now it has deployed nearly 100,000 troops and plans to mobilize many more.

Unfortunately, whenever we discuss Russian aggression against Ukraine in this chamber, Russia falsely asserts it is not a party to the conflict.  It attempts to propagate the false narrative that it is merely a “mediator,” as if the multi-rocket launchers, the electronic warfare systems, and tanks in the Russian-controlled parts of Donbas were rising up spontaneously from the ground.  So, yet again, we must point out that Russia’s disingenuous claim that it is not a party to the conflict is belied by the proven presence of Russian troops in the Donbas, its command and supply of the armed formations fighting there, and its control over the decisions of the so-called Donbas “authorities.”  Not long ago, a Russian court acknowledged the presence of tens of thousands of Russian troops in the Donbas.  Furthermore, Russia is an original signatory along with Ukraine and the OSCE of the Minsk agreements.  So, as Russia makes demands of us, we call on it to honor its existing commitments, including those in the Minsk agreements.

Unfortunately, Russia has yet to fully implement a single commitment, including on the points stipulating an immediate ceasefire and the withdrawal of heavy weapons from the Line of Contact.  Meanwhile, Moscow’s passportization efforts in the Russian-controlled regions continue to show it is not interested in facilitating a peaceful reintegration of those regions with Ukraine, as called for in the Minsk agreements.

We urgently call on Russia and the armed groups it supports to permit the OSCE’s Special Monitoring Mission to Ukraine to conduct its work unimpeded and to fulfill its mandate unabated and unharassed.  Last week monitors noted instances of GPS signal interference caused by probable jamming, and the SMM again reported its monitors were not allowed to travel freely in Russia-controlled territory.  These kinds of activities by Russia-led forces block the SMM from the task we have mandated it to conduct.  What they cannot obscure is Russia’s responsibilities for instigating this violence.

Again, we repeat President Biden’s call for de-escalation and a return to diplomacy.  We do not, nor will we ever, recognize Russia’s purported annexation of Crimea.  Crimea-related sanctions will remain in place until Russia returns full control of the peninsula to Ukraine.

We renew our calls for Russia to release all of the more than 100 Ukrainian political prisoners it holds, including Radio Liberty journalist Vladislav Yesypenko and Deputy Head of the Crimean Tatar Mejlis Nariman Dzhelyal.  We continue to follow the show trials of Crimean Tatar activists and journalists, including the ongoing one in Rostov-on-Don of journalist Remzi Bekirov and his four co-defendants, all activists with the human rights group Crimean Solidarity.  On January 17, the prosecution demanded sentences of between 16 and 18 years on baseless terrorism charges brought in retaliation for their opposition to the occupation.  We call on Russia to release them and end its use of terrorism and extremism charges to suppress dissent.

We also join our European and other partners in affirming our eastern Ukraine-related sanctions against Russia will remain in place until Russia fully implements its Minsk commitments.