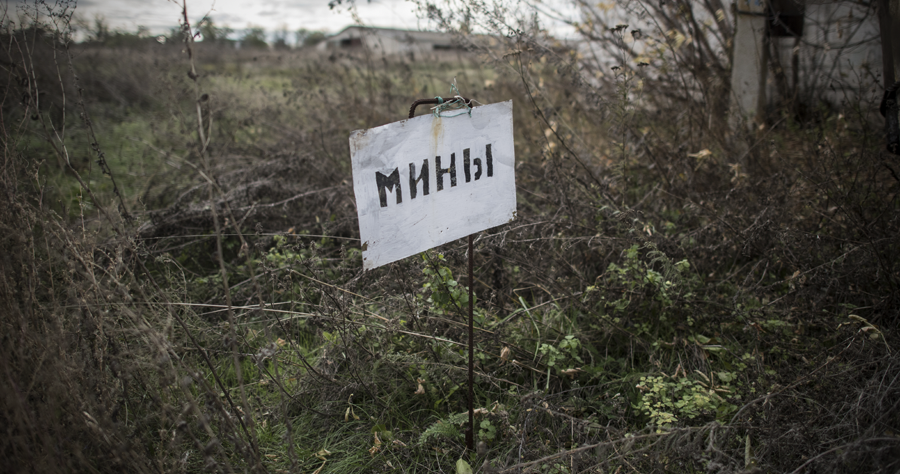 Despite a sustained reduction in ceasefire violations since August 25, the conflict in eastern Ukraine remains hot. The Ukrainian government has taken numerous political steps prescribed under the Minsk agreements, such as its recent extension of the law to devolve “Special Status” to eastern portions of the Donbas after satisfactory local elections. However, the Russian Federation has failed to uphold Step One: a real and lasting ceasefire. Acts that are contrary to both the letter and spirit of Minsk agreements continue regularly. The situation remains fragile and unpredictable, and the risk of re-escalation remains high.

In its October 11 weekly report, the SMM noted sharp fluctuations in the number of daily ceasefire violations, as well as an increase in their overall number. On October 14, ceasefire violations in Luhansk exponentially increased from ten to 300 explosions in one day. The United States waits for Russia, as the party that initiated this conflict, to withdraw the forces that it arms, leads, trains, and fights alongside from the line of contact and to place its proscribed weapons in storage, in accordance with the Minsk agreements.

The Joint Centre for Control and Coordination (JCCC) can be a key determinant of successful implementation of the Minsk agreements, but often fails to perform its role effectively. The JCCC has offered no evidence of joint efforts to follow up on ceasefire violations reported by the SMM. We encourage the two sides that staff the JCCC to fulfill their commitments and use the structure to broker a resolution to the conflict. The JCCC has the responsibility to assert itself consistently as a positive force to end this conflict.

The United States welcomes the SMM’s role in facilitating and monitoring demining inside the Zolote disengagement area as part of the preparatory work to open a new entry-exit checkpoint through the line of contact. This work comes amid reports of growing wait-times for the thousands civilians who must cross the line daily, exposing themselves to the dangers of the conflict.

While the reduction in violence has resulted in fewer civilian casualties, the costs of the conflict continue to mount. On October 8, a 48-year-old man died from shrapnel injuries after an artillery attack on his home in a non-government-controlled area of Zaitseve. On October 12 the SMM reported that a farmer ploughing his land was injured after hitting a mine in the Metalist area of Luhansk outside of government control. According to reports, a demining unit of the de facto authorities certified that the field was cleared of explosives. The United States calls on all sides to follow through with their commitments to demining in a thorough and professional manner.

The United States also calls for the release of all Ukrainian citizens illegally held or sentenced in Russia for exercising their fundamental freedoms. We too wish to note the case of Pavlo Hryb, a Ukrainian teenager detained in Krasnodar, Russia on charges of terrorism. He was apparently lured to Belarus by Russian security services, who only acknowledged his detention and transfer 13 days after Hryb went missing. Human rights groups have expressed concern that Hryb has been denied access to essential medication for a health condition.

Mr. Chair, the restrictions on freedom of expression in Russia-occupied Crimea are appalling. We are concerned by reports that at least 49 Crimean Tatars were arbitrarily detained on October 14 for staging one-person protests in towns all around the Crimean peninsula. They were protesting violent police raids on Crimean Tatar homes in Bakhchisaray. These detentions are part of an orchestrated campaign of oppression of the Crimean Tatars, and of anyone else who opposes Russia’s purported annexation and occupation of the Crimean peninsula.

The United States once again calls upon Russia to end its repressive actions in occupied Crimea and return control of Crimea to Ukraine. The United States fully supports Ukraine’s sovereignty, independence, and territorial integrity within its internationally-recognized borders. We do not, nor will we ever, recognize Russia’s purported annexation of Crimea. And Crimea-related sanctions on Russia will remain in place until Russia returns full control of the peninsula to Ukraine. We join our European and other partners in restating, once again, that our sanctions against Russia for its aggression in eastern Ukraine will remain until Russia fully implements its commitments under the Minsk agreements.