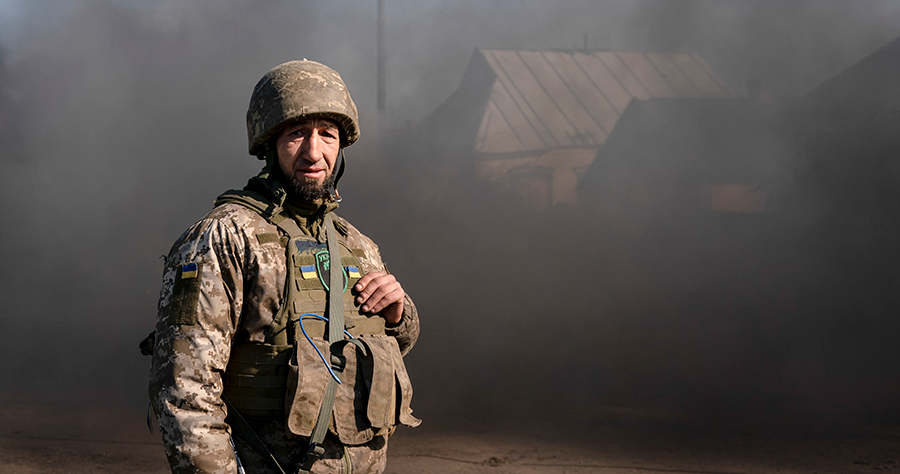 As delivered by Chargé d’Affaires Harry Kamian
to the Permanent Council, Vienna
May 16, 2019

Mr. Chair, at the outset I would like to express my concern regarding the SMM spot report circulated last night in which forces, located within 300 meters of an SMM patrol, fired their weapons despite an agreed upon localized ceasefire and the presence of a representative of the JCCC. The safety and the security of our SMM monitors is of the utmost importance to the United States. We expect that the responsible authorities will follow-up on this incident and appropriately discipline those involved

Mr. Chair, for more than four years, the Minsk agreements in their entirety have outlined a path out of Russia’s manufactured conflict in eastern Ukraine. And, for more than four years, we have watched Russia contravene the most fundamental elements of the agreements – namely, an immediate and full ceasefire along the line of contact – as Moscow continues to stoke the very conflict it started. In its May 11 daily report, the SMM reported 725 explosions in Luhansk, compared with just 30 explosions recorded the previous day. The volatility of this conflict, in which day-to-day safety for civilians caught in the conflict zone is fleeting, creates a danger in and of itself. Those civilians still living along the contact line begin each day not knowing if, at day’s end, they will be counting explosions by the tens or hundreds, if at all.

The very first point in the Minsk agreements calls for an immediate and comprehensive ceasefire, but Russia-led forces have never allowed a genuine and lasting ceasefire to take hold. Despite Russia’s failure to implement its security commitments, the Ukrainian government has met a number of its political commitments: the president has passed a law on special status for the Donbas, the Rada has passed a law on amnesty, and Ukrainian leaders have repeatedly called for an “all for all” prisoner exchange. The Ukrainian government took these steps as Russia-led forces continued their assault on Ukrainian soldiers.

Further political steps – including local elections in the Donbas held under Ukrainian law – are impossible while parts of eastern Ukraine remain under Russian control. Russia understands this but has refused to engage seriously in negotiations on an international security force that could create the security conditions necessary for Ukraine to fulfill the remainder of its Minsk commitments. Ukraine should be commended for taking political steps outlined in Minsk while Russia refuses to implement its security commitments.

Mr. Chair, regrettably, civilians continue to die due to the armed conflict in eastern Ukraine. The SMM reported on May 11 that a 60-year-old male civilian died while waiting to cross the line of contact. On May 7 the SMM reported the death of a civilian from what appeared to be an unexploded ordnance blast. These are unfortunate and unnecessary losses. Due to limitations on its patrolling, the SMM cannot accurately track all of the carnage, and the true casualty toll is likely much higher. We call upon the sides to prioritize measures to ease the suffering of civilians on both sides of the line of contact. Measures such as the opening of the crossing point at Zolote, improving the Stanytsia Luhanska Bridge, and following through on mine action commitments would ease the hardships of civilians caught in the conflict zone.

Mr. Chair, civilians pay the cost in other ways as well. In its May 10 daily report, the SMM reported gunfire damage to a functioning school in government-controlled Troitske and a shell crater nearby. Also in Zolote on that day, and in government-controlled Marinka on May 8, the SMM saw civilian housing damaged by gunfire and heavy weapons. We again call on the sides to prioritize measures to ease the suffering of civilians on both sides of the line of contact. These measures must begin with a full and complete ceasefire, a withdrawal of proscribed weapons, and a disengagement of forces.

We take note of the Secretary General’s report today, as delivered by Ambassador Bekkers, and the SMM’s resumption of long-range UAV flights, which are a vital component of its monitoring operations. Interference with or damage to these and other SMM UAV assets runs afoul of the SMM’s mandate, which is approved by every member of this Council. The United States condemns any interference with or obstruction of SMM operations.

Mr. Chair, three weeks have passed since President Putin approved expediting Russian citizenship to Ukrainian citizens in the Russia-controlled Donbas. Members of this Permanent Council have roundly condemned this highly provocative action. The United States calls on Russia to reverse this destabilizing policy, which violates Ukraine’s sovereignty and is harmful to the eventual reintegration of these areas with the rest of Ukraine. We also call on Russia to immediately release the Ukrainian vessels and 24 crewmembers that it seized on November 25. The international community rejected these unjustified and dangerous acts.

Mr. Chair, this week we mark five years since security forces arrested Ukrainian filmmaker Oleh Sentsov in Russia-occupied Crimea. Russia subsequently attempted to impose Russian citizenship on Sentsov, and a court in the Russian Federation sentenced him to 20 years in prison. His conviction on charges of plotting terrorist attacks is widely regarded as baseless and as retaliation for his opposition to Russia’s occupation of Crimea. We renew our demand that Russia immediately release Oleh Sentsov and all Ukrainian citizens unjustly or arbitrarily imprisoned in Russia and on the Crimean peninsula.

Mr. Chair, we reiterate our concern about the increasingly restricted media environment in Crimea. Not only has Russia driven out all of the independent media outlets from the peninsula, but new reports from the Crimean Human Rights Group indicate that occupation authorities are jamming Ukrainian radio signals and have blocked additional Ukrainian websites. Curtailing media freedom to silence critical voices runs counter to shared OSCE principles and commitments. The United States again calls for the international monitoring of the situation in Russia-occupied Crimea.