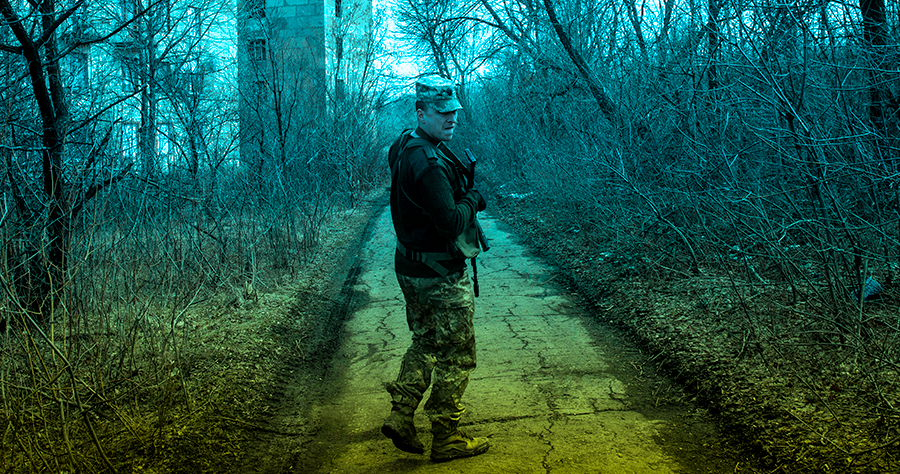 As prepared for delivery by Acting Deputy Chief of Mission Gregory Macris
to the Permanent Council, Vienna
May 2, 2019

During a routine patrol on April 23, 2017, SMM paramedic and U.S. citizen Joseph Stone died after his vehicle struck and detonated an anti-tank mine. Two SMM monitors were also injured in the tragic incident, one German and the other Czech. In response to this terrible loss, this Council overwhelmingly condemned the use of mines in the Ukraine conflict and demanded the sides abide by their Minsk commitments and the Trilateral Contact Group’s (TCG) March 2016 decision on demining. Two years later, the menace of these indiscriminate weapons remains. The UN reported that in 2018, 43 percent of civilian casualties in eastern Ukraine were attributed to mine and explosive remnants of war incidents, and mine incidents remained the leading cause of child casualties in 2018. We welcome Ukraine’s adoption of mine action legislation in December and call upon Russia and its proxies to take similar steps to reduce the threat to those residing in the conflict zone, as Chief Monitor Apakan urged in his recent op-ed piece.

The United States calls for the marking, fencing, and removal of landmines, unexploded ordnance, and improvised explosive devices – in line with existing commitments. While we witness, on a weekly basis, a lopsided debate in the council over the origins of this conflict, all participating States generally take the view that the path forward relies on the fulfillment of existing commitments. To avoid another incident like the one that took the life of Joseph Stone, and for all of the others who have been killed, maimed, or otherwise harmed by mines and explosive remnants of war, we urge full compliance with existing commitments on mine action.

The United States conveys its unwavering support to the brave women and men of the Special Monitoring Mission to Ukraine and reminds the Council that the SMM’s mandate requires full, safe, and unhindered access throughout the entire territory of Ukraine, including the territory under the control of Russia and its proxies. The United States condemns any attempt to harass or intimidate SMM monitors or prevent them from carrying out their duties. We, therefore, express deep concern about actions recently directed at SMM UAVs. As the Secretary-General documented earlier, on April 19 another long-range SMM UAV crashed after severe jamming in an area controlled by Russia-led forces near the contact line. We welcome the interim report given by the Secretary-General. On April 19 and again on April 20, the SMM reported that Ukraine forces fired at SMM mini-UAVs. On April 26 a mid-range SMM UAV crashed in territory controlled by Russia and its forces. And on April 29, the SMM reported that Russia-led forces twice-fired at an SMM mini-UAV. The United States condemns these attempts to undermine the SMM’s mandate and neutralize its powers of observation. We call on the sides to cease their targeting and destruction of the SMM’s assets.

We regret that the parties to the TCG failed to agree to a recommitment to the ceasefire in observance of the Easter holiday, which previously brought a welcome if temporary, silence along the contact line. The parties must implement a real and sustainable ceasefire, disengage along the line of contact, and withdraw their heavy weapons. Only a visible, verifiable, and irreversible improvement in the security situation will allow for progress on the remaining elements of the Minsk agreements.

Mr. Chair, the United States condemns President Putin’s highly provocative April 24 decision to provide expedited citizenship for Ukrainian citizens living in Russia-controlled eastern Ukraine. On May 1, Russia announced it would also expedite citizenship procedures for Crimean-born Ukrainians who left before the Russian occupation. Russia also announced the forcible imposition of Russian citizenship on the residents of the peninsula. These actions are an attempt to drive a wedge between Ukrainian citizens and their government. They create a serious obstacle to the implementation of the Minsk agreements and the reintegration of the Donbas region and represent another attempt by Russia to undermine Ukraine’s sovereignty over Crimea and the Donbas. These latest provocations from Russia came just days after the people of Ukraine overwhelming elected Volodymyr Zelenskyy as the next president of Ukraine. President-elect Zelenskyy has repeatedly expressed his readiness to engage with Russia to implement the Minsk agreements and end the conflict in eastern Ukraine. Russia must now decide whether it wants to escalate tensions or pursue peace.

Russia’s contempt for Ukraine’s sovereignty and territorial integrity is evident at the internationally recognized Russia-Ukraine border. The Border Observation Mission reported that three vehicles belonging to Russia’s Emergency Situations Ministry crossed without authorization into Ukraine on April 26. We expect Russia to account for and explain why its official vehicles violated Ukraine’s sovereignty by crossing the border.

Mr. Chairman, the list of Crimean Tatars and other Ukrainian activists in Crimea suffering at the hands of Russia’s security services continues to grow. We remain concerned about the 23 Crimean Tatars who were subjected to arbitrary arrest on March 27 due to their opposition to the occupation and were subsequently transferred to Russia, and we call for their release. We call on Russia to immediately release imprisoned Crimean Tatar activist Edem Bekirov, whose pre-trial detention a Russian judge ruled to be “justified” on April 26, despite the fact that his health is reportedly deteriorating after he was denied essential medication. Crimean farmer Volodymyr Balukh has been arbitrarily confined to an isolation cell in a Russian prison since April 4. Russian security services continue to raid the houses of Crimean Tatar activists for voicing their concerns over Russian policies. Russian occupation authorities block all Ukrainian TV channels and dozens of major Ukrainian news websites and disrupt the broadcast of Ukrainian radio stations. We call on Russia to cease its harassment of Crimean Tatars, to release all those detained for their opposition to the occupation, to desist in blocking media outlets, and to end its illegal imposition of the Russian legal system in occupied Crimea.