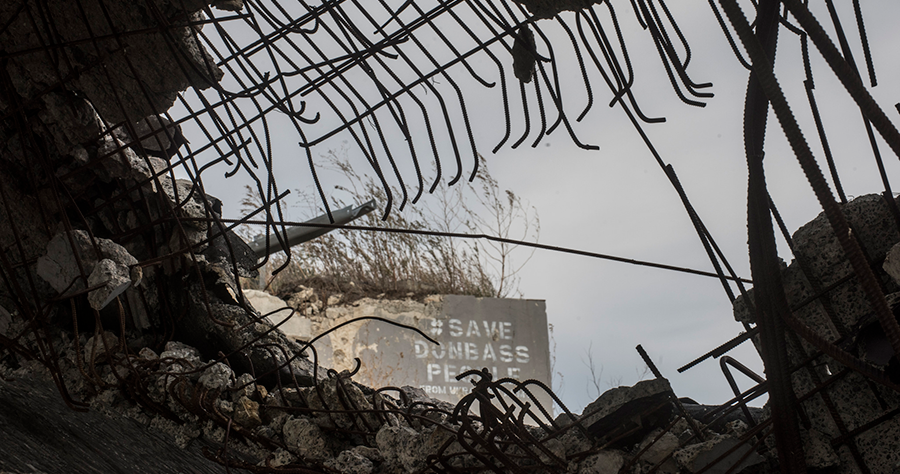 Mr. Chair, the United States shares your disappointment and grave concern stemming from the failures thus far to extend the SMM mandate and to reach agreement on the budget. The SMM continues to be a vital component to bringing a peaceful resolution to the Ukraine conflict, and symbolizes the relevance and value of this organization as a whole. We greatly appreciate your concerted efforts to bring this matter to resolution. We stand by to assist as needed, and will continue to engage constructively in this process of finalizing an immediate resolution.

The United States welcomes Ukraine’s March 22 pledge to open the Zolote crossing point and take steps to reconstruct the Stanytsia Luhanska Bridge. Russia’s manufactured conflict in Ukraine has forced 1.6 million Ukrainians from their homes in the Donbas and seared an artificial, heavily armed line of division through Ukraine’s eastern provinces. Russia’s aggression against Ukraine has entered its sixth year, perpetuating Europe’s largest humanitarian crisis in a generation. Any failure by Russia – and the proxies it controls – to reopen the crossing point would be further proof of Moscow’s callousness toward the civilians living in the areas under its control, including the restrictions placed on access by international aid organizations, which are imposed without justification.

Mr. Chair, the ceasefire is defined more in its breach than its observance. Since the combatants’ weak attempt at a renewed cease effort on March 8, the SMM noted sharp increases in fighting throughout the conflict zone. Additionally, the sides continue to rearm and resupply units in the Zolote Disengagement Area and its surrounding areas. These trends trouble us. The SMM described in its March 19 weekly report that small arms fire had damaged a functioning school near Zolote six times since December 2018. Schools along the line of contact say they fear the renewal of gunfire and shelling every day. The United States calls upon the sides to disengage and withdraw their forces from the vicinity of civilian infrastructure to include schools, as well as from the disengagement areas at Zolote, Petrivske, and Stanytsya Luhanska.

Mr. Chair, the United States is concerned by what seems to be an increasing number of mines along the line of contact and both sides’ lack of follow-through on their commitments on humanitarian mine action. Non-combatants bear the brunt of these hostilities, casualties continue to mount, and use of these indiscriminate weapons continues. In its March 19 weekly report, the SMM observed over 800 anti-tank mines on both sides of the contact line. We call on both sides to follow through on their commitments on mine action, which would significantly reduce the risks these weapons pose to civilians and SMM monitors alike.

Mr. Chair, ongoing restrictions on SMM access and obstruction of SMM equipment are unacceptable. In the time period covered in the same weekly report, SMM patrols met with 20 access restrictions, 16 of which occurred in areas controlled by Russia-led forces. A fully functioning monitoring mission is critical for peace in the Donbas. Fulfilling the SMM’s mandate requires the Mission be given full and unrestricted access to all of Ukraine. This includes the area along the border with Russia, to which the SMM has been allowed only limited access. This also includes Crimea, which remains and will always remain an integral part of Ukraine.

The United States calls on Russia to immediately release the Ukrainian vessels and 24 crew members that it seized on November 25. Russia’s ramming and firing on the Ukrainian naval vessels, which wounded three sailors, and its blocking of the Kerch Strait were an unjustified and dangerous escalation. Countries across the OSCE region and the world have condemned Russia’s actions.

Mr. Chair, the United States condemns Russia’s continued harassment of the Crimean Tatars in the occupied territory of Crimea. More than 20 Crimean Tatars were reportedly detained on March 27 in various locations throughout the Peninsula in raids designed to intimidate the community, which forms the core of the opposition to Russia’s purported annexation of Crimea. We call on Russia to cease its harassment of Crimean Tatars, to release those detained, and to end its illegal imposition of the Russian legal system in occupied Crimea.

Mr. Chair, the United States is also concerned about the recent series of detentions and raids of homes of Jehovah’s Witnesses in Yalta on March 20. The idea that the Jehovah’s Witnesses are a dangerous “extremist” group that poses a security threat in Crimea or in Russia is ludicrous.