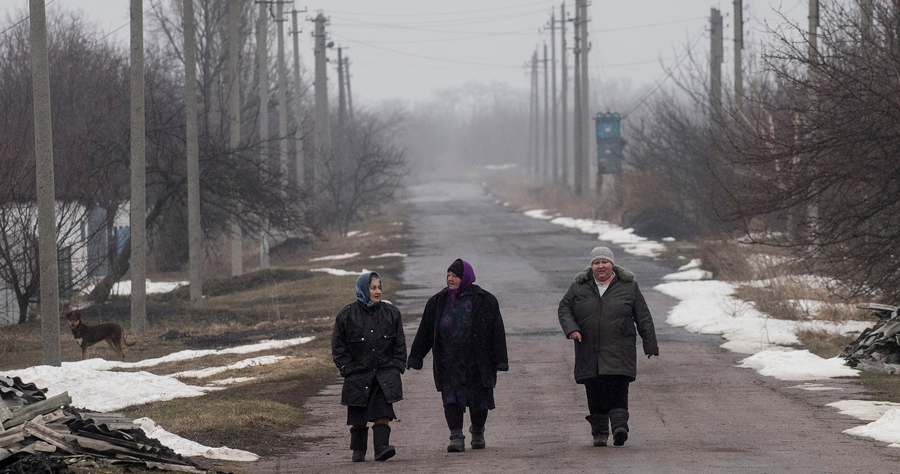 As delivered by Acting Deputy Chief of Mission Gregory Macris
to the Permanent Council, Vienna
March 7, 2019

The Minsk agreements – in their entirety – are our roadmap to peace, yet Russia seems intent on ignoring its end of the bargain. For five years, Russia has destabilized Ukraine with its manufactured conflict. In its February 26 weekly report, the SMM recorded 38 sightings of weapons proscribed by the Minsk agreements within the established withdrawal lines, 25 of which were located in areas controlled by Russia-led forces. The SMM also reported a 123-percent increase in the use of Minsk-proscribed weaponry. The United States again calls on the Russian Federation, as the instigator of this conflict, to compel its proxies to cease the violence in the Donbas. Rather than engaging in half-measures and empty pledges, Russia must take steps to end the conflict that it ignited and perpetuates.

We welcome the SMM’s thematic report on restrictions to the Mission’s freedom of movement and other impediments to the fulfilment of its mandate. The Mission’s thematic reports provide a steady stream of detailed information on critical topics related to this conflict. We are dismayed, however, that the report cites a more than 60 percent increase in movement restrictions compared with the previous six months. Seventy five percent of these restrictions occur in areas controlled by Russia-led forces, and 100 percent of the recorded cases of threats and aggressive behavior directed towards SMM monitors occurred in areas controlled by Russia-led forces. Russia-led forces have been particularly active in restricting SMM patrols near the Sea of Azov, where Russia has launched a separate, violent campaign to destabilize Ukraine through economic coercion in the maritime domain.

The SMM’s mandate – as endorsed by all participating States – is violated regularly and overwhelmingly in the areas controlled by Russia’s proxies. Russia and the forces it arms, trains, leads, and fights alongside acknowledge the SMM’s mandate only when it is convenient. The mandate is a commitment that must be implemented in full and not ignored by Russia when it appears advantageous to do so. The United States joins the overwhelming majority of participating States here today in calling on Russia and its proxies to respect the SMM’s mandate, which includes providing SMM personnel safe and secure access throughout Ukraine’s sovereign territory.

Mr. Chair, Russia-led forces deliberately restrict the SMM in the areas where they fear the monitors will bear witness to Russia’s involvement in this bloody conflict. This was demonstrated yet again to the Council on October 27, 2018, when Russia-led forces shot down an SMM long-range UAV as it exposed an illegal cross-border convoy traveling from Russia to the Donbas depots that support its proxy forces. On February 18, another long-range UAV was downed over Russia-controlled territory. In total, six UAV assets have been lost since July 2018 over territory outside of the Ukrainian government’s control: two long-range, one mid-range, and three mini-UAVs. The United States, along with the rest of this Council, demands a full explanation of these downings. We echo the call by the EU and other participating States for SMM monitors – and their means of technical collection – to have full and unhindered access to the entire territory of Ukraine within its internationally recognized borders.

The United States calls on Russia to immediately release the Ukrainian vessels and 24 crew that Russia seized on November 25. Russia’s ramming and firing on the Ukrainian vessels, which wounded three sailors, and its blocking of the Kerch Strait were unjustified and outrageous acts. Countries across the OSCE region and the world have condemned Russia’s actions.

Mr. Chair, last week we marked five years since Russia began its illegal invasion and subsequent occupation of Crimea. The Kremlin sought to legitimize its actions through a sham referendum, in a failed attempt to justify Russia’s purported annexation of the peninsula. Russia has militarized Crimea, turning this Black Sea outpost into a platform to launch further acts of aggression against Ukraine. Russian occupation authorities subject Crimean Tatars and other residents of Crimea to severe repression for opposing the occupation. This week we recall the March 2014 disappearance, apparent torture, and killing of Crimean Tatar activist Reshat Ametov as part of Russian occupation forces’ brutal crackdown on dissent. Ametov disappeared after protesting Russia’s occupation of Crimea, and his mutilated body was discovered a week later. Those responsible were never brought to justice. Ametov is only one of approximately a dozen individuals who have vanished or were subsequently found dead.

The human cost of Russia’s harassment of Crimean Tatar and Ukrainian activists is immense. Many of these political prisoners – Ukrainians unjustly imprisoned for speaking the truth about Russia’s occupation and purported annexation of Crimea – suffer from dire health concerns and are unable to receive appropriate medical treatment. At least 111 Crimean Tatar children are growing up fatherless because their fathers were detained by Russia and often sent into captivity far from their homes or worse – even “disappeared.” We call on Russia to immediately release all prisoners of conscience and to hold accountable those responsible for human rights abuses, including disappearances, severe physical and mental abuse, and killings.