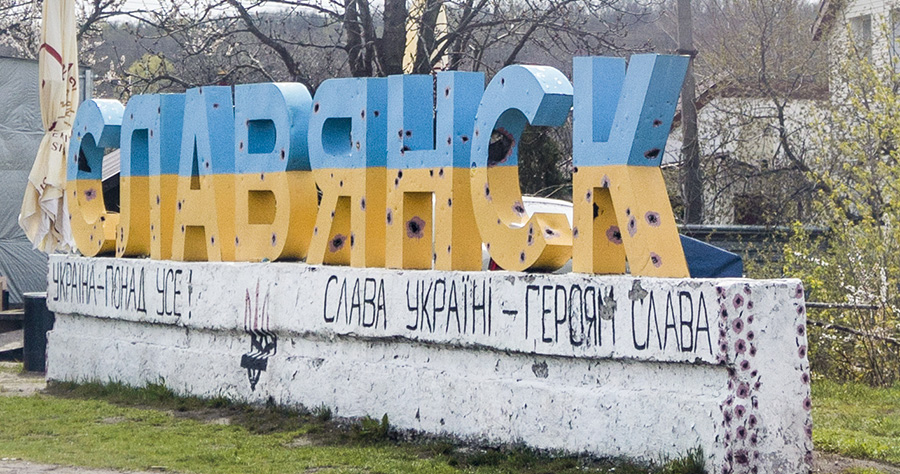 Now in its sixth year, the conflict in Ukraine is a humanitarian tragedy.  Russia’s invasion, occupation, and ongoing military operations in Ukraine represent a failed strategy to stifle Ukraine’s international ambitions and its right to self-determination.  Russia refuses to fulfill its Minsk commitments and instead attempts to blame Ukraine and the West for the conflict Russia created.

Last week at the Permanent Council, Special Monitoring Mission’s (SMM) Chief Monitor Ertugrul Apakan laid out a series of measures to deescalate the conflict and improve the humanitarian situation in eastern Ukraine.  Ambassador Apakan called for a sustainable ceasefire, as outlined in the Minsk agreements, which would allow authorities to begin to address the humanitarian suffering throughout the region and rebuild trust. Only after Russia takes this step, withdraws its heavy weapons and troops, dismantles the illegal armed groups, and disbands the so-called “people’s republics,” will eastern Ukraine be able to move toward peace and stability.

And only after Russia creates conditions to allow peace and stability, will Ukraine be able to implement the remaining political aspects of the Minsk agreements.

Evidence of Russia’s support to militants is manifold.  Russia continues to use unmarked border crossings – under cover of darkness – to move people and equipment into and out of the territory of Ukraine under its control.  In its June 4 daily report, the SMM noted two instances of military-type trucks as near as 150 meters from the internationally-recognized Russia-Ukraine border where no border crossing facilities exist.  In one case, the military-type truck proceeded to a compound where Russia-led militants unloaded its contents. This activity along the border warrants an explanation and we call on Russia to provide one.  Ambassador Apakan noted that true progress toward peace will not take place until political will exists on all sides and this incident shows we have yet to see that will from Russia.

The United States is concerned about recent actions that run counter to the Trilateral Contact Group’s (TCG) 2016 Framework Decision on Disengagement of Forces and Hardware.  This decision established three disengagement areas along the line of contact to facilitate a true and lasting ceasefire throughout the conflict zone, prohibited the forward movement of forces within these areas, and laid out a procedure for the withdrawal of formations, weapons, and equipment.

Mr. Chair, recent SMM reports, however, noted extensions to existing trenches in one disengagement area and observed that the sides pushed their positions forward, rather than pulling them back.  The United States supports the TCG’s Framework Decision and calls on the sides renew efforts to use the disengagement areas as a stepping stone to broader disengagement along the contact line.

Ambassador Apakan, last week, also called for all sides to respect and implement the mandate of the SMM.  This includes safe and secure access throughout Ukraine, including the full length of its internationally-recognized border with Russia.  The SMM continues to face restrictions to its operations, the vast majority of which occur in territory controlled by Russia-led forces. According to SMM reports, since the beginning of 2019, Russia and the forces it arms, trains, leads, and fights alongside have restricted SMM patrols over 140 times.  Interference with SMM operations extends to UAV flights as well. Ambassador Apakan also noted that SMM UAVs are jammed and fired upon at an alarming rate, in direct contravention of the SMM’s mandate. According to SMM briefings earlier this year, the vast majority of jamming takes place over non-government controlled territory, including ten instances in just three days last week. Threats, harassment, or interference with SMM patrols is unacceptable, and we 57 OSCE participating States here in this Council must not tolerate such actions.

On May 25, the International Tribunal for the Law of the Sea ordered Russia to release Ukraine’s three ships and detained personnel that were seized near the Kerch Strait over six months ago and return them to Ukraine.  Ambassador Apakan noted that Russia’s actions had dramatically increased tensions throughout the conflict zone. We call on Russia to return these ships and personnel to Ukraine immediately.

The United States remains concerned about Ukrainians unjustly imprisoned by Russia.  According to the most recent civil society estimates, the number of these individuals has now reached 115, approximately 70 of whom are from Crimea.  We call on Russia to release all Ukrainians unjustly jailed for their opposition to Russia’s occupation.

The United States fully supports Ukraine’s sovereignty, independence, and territorial integrity within its internationally recognized borders, including its territorial waters.  We do not, nor will we ever, recognize Russia’s purported annexation of Crimea.