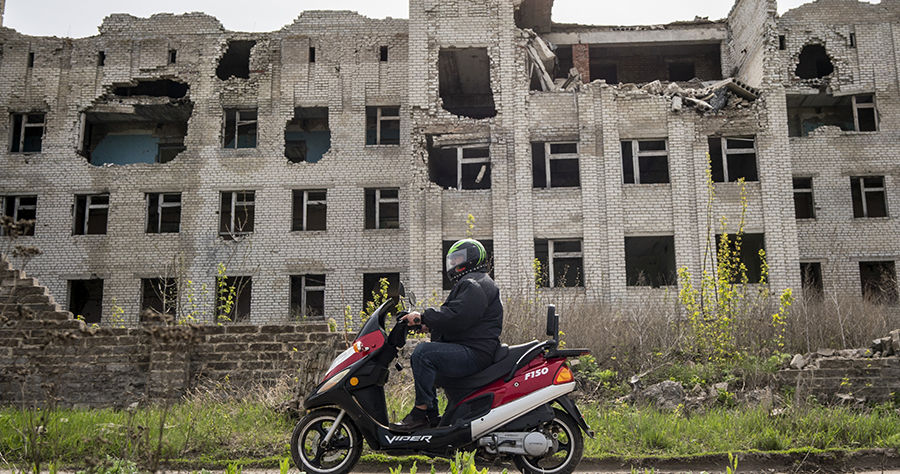 As delivered by Chargé d’Affaires Gregory Macris
to the Permanent Council, Vienna
June 13, 2019

Russian aggression in eastern Ukraine has caused widespread suffering and uncertainty for local residents. Russia’s unwillingness to allow a stable security environment makes it impossible to proceed on the full spectrum of political processes envisaged under the Minsk agreements. Russia is thus preventing the restoration of peace and reintegration with the rest of Ukraine of the areas of Donbas controlled by Russia-led forces.

This week’s SMM reporting provides examples of the humanitarian consequences of Moscow’s actions, including injuries to civilians caused by shelling. Damage and destruction of houses, schools, and businesses are a constant reality for those living in the conflict zone, hampering residents’ ability to carry out even simple tasks.

We welcome Ambassador Sajdik’s June 5 announcement after the meeting of the Trilateral Contact Group that all sides intend to disengage forces and military equipment in the agreed area at Stanytsia Luhanska. Unfortunately, gunfire recorded by the SMM on June 9 reset the clock for a required seven-day period of no ceasefire violations. We urge all sides to uphold their commitments to disengage and set the stage for real progress.

OSCE participating States have spoken on a near-weekly basis about the dangers faced by SMM monitors, who risk their lives to provide us accurate reporting. We noted with deep concern the SMM’s spot report of June 10, which cited another instance in which our monitors were exposed to small-arms fire. Russia and the forces it arms, trains, leads and fights alongside are placing the lives of civilians and SMM monitors in jeopardy with this unacceptable behavior.

Russia-led forces restrict the movements of SMM teams, denying them access to checkpoints and other areas that afford insights into the presence and locations of weapons that should have been withdrawn or contained long ago. On June 5, Russia-led forces in four separate areas prevented the SMM from carrying out its OSCE-mandated mission. This interference with the SMM undermines participating States’ ability to understand the movement and type of vehicles transiting the conflict zone. We call on all sides to provide the SMM unhindered access to all areas of the conflict zone, including border crossings, inspection stations, and other key facilities.

In Russia-occupied Crimea, ethnic Ukrainians and Crimean Tatars face daily harassment and sometimes imprisonment on often specious charges. We are troubled by the reports of another round of raids on June 10 on the homes of members of the Crimean Tatar community in several cities across Crimea. We are concerned about the welfare of Ukrainians arbitrarily imprisoned by Russia and urge Moscow to release these individuals jailed for voicing opposition to Russia’s aggression in Ukraine. We are particularly concerned by recent reports that Crimean farmer Volodymr Balukh, disabled Crimean Tatar activist Edem Bekirov, and Ukrainian teenager Pavlo Hryb are all being denied essential medical treatment in Russian custody.

Since November 25, when Russia seized three Ukrainian vessels and 24 Ukrainian crewmembers near the Kerch Strait, Moscow has ignored calls to return these ships and crew to Ukraine. On May 25 the UN International Tribunal on the Law of the Sea ordered Russia to return the ships and crewmembers. As U.S. Special Representative on Ukraine Negotiations Kurt Volker stated, “there is no legal reason for Russia to continue to hold these sailors.” It is high time Moscow return these ships and their crew to their family and loved ones.