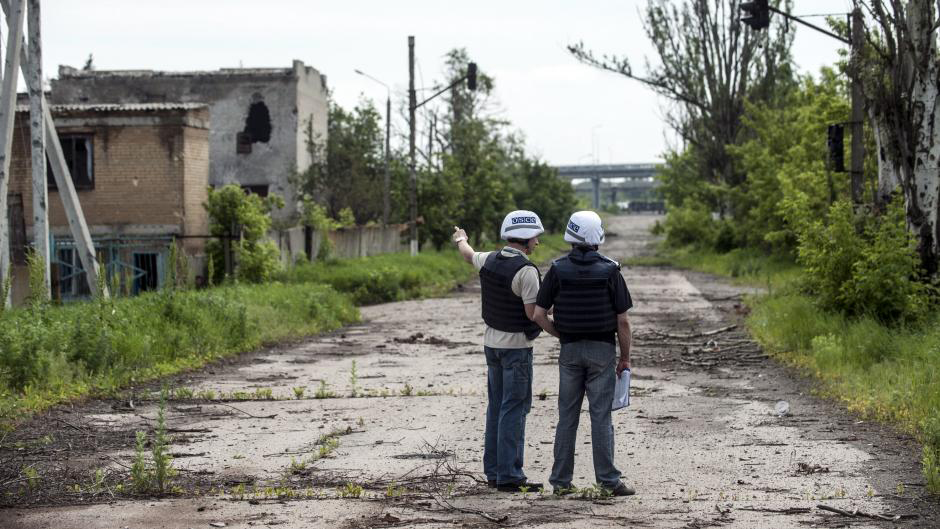 The United States condemns Russia’s decision yesterday to offer expedited citizenship to current and former residents of Ukrainian government-controlled Donetsk and Luhansk oblasts. This is the latest in a series of Russian assaults on Ukraine’s sovereignty and territorial integrity. This action is contrary to the spirit of the Minsk agreements and contravenes fundamental principles of the Helsinki Final Act.

Russia’s announcement is also an attempt by President Putin to undermine President Zelenskyy’s efforts to de-escalate the conflict with Russia-led forces in eastern Ukraine. Despite Russia’s actions, we hope the Ukrainian government will move forward with its efforts to improve life for Ukrainian citizens on both sides of the line of contact. We reaffirm our support for Ukraine as it defends its sovereignty and territorial integrity.

The United States welcomes the disengagement of forces at Stanytsia-Luhanska that began June 26. Tens of thousands of Ukrainians use the crossing point inside this disengagement zone every day. We hope the progress achieved can help spur full disengagement in Zolote and Petrivske.

The situation elsewhere in eastern Ukraine remains volatile. Civilians in eastern Ukraine endure interminable waits at border crossings that Russia’s proxies refuse to improve or properly staff. They are forced to take shelter in their homes and schools to avoid being injured during fighting. The Special Monitoring Mission reported the July 11 death of a woman killed by shrapnel and a second woman suffered serious shrapnel injuries the following day. These tragedies make clear that this conflict has rendered even mundane tasks – such as shopping, going to the doctor, or visiting family graves – stressful and often dangerous.

For more than five years, the participating States have called upon Russia to end this conflict and return these areas to Ukraine’s sovereign control through the implementation of Russia’s Minsk commitments. Consistent with these commitments, we call on Russia to withdraw its heavy weapons, remove its forces, and disarm the proxy forces it arms, trains, leads, and fights alongside in eastern Ukraine. A lasting and sustainable ceasefire can only be reached when Russia ends its armed attacks on Ukraine.

For more than six months, Russia has detained without any credible cause the three ships and 24 crewmembers it seized following its November 2018 attack on Ukrainian vessels in the Black Sea near the Kerch Strait. We note recent discussions between President Zelenskyy and President Putin regarding a prisoner exchange. The United States calls upon Russia to agree to an exchange and immediately return to Ukraine the 24 Kerch detainees and other Ukrainians held by Russia.

Five years of Russian occupation in Crimea have taken their toll on local populations, who endure repression, harassment, arrest, imprisonment, or worse for their opposition Russia’s occupation. We were disappointed to see the Russian Supreme Court rule on July 11 to uphold the convictions of four Crimean Tatar defendants who were sentenced to between 9 and 17 years in prison for purportedly belonging to the Islamic organization Hizb-ut-Tahrir, which is legal in Ukraine. These men – Enver Mamutov, Remzi Memetov, Rustem Abiltarov , and Zevri Abseitov – have been termed political prisoners by the Memorial Human Rights Center, and should be released. We call on Russia to end its campaign of repression and harassment of ethnic Ukrainians, Crimean Tatars, and other groups in Crimea for their peaceful opposition to Russia’s occupation and to release all of those individuals it has wrongfully imprisoned.