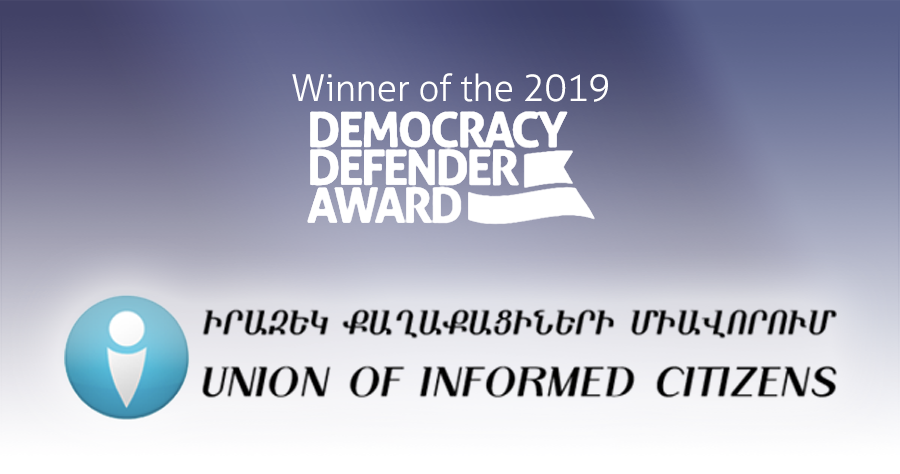 On the 2019 Democracy Defender Award

As delivered by Permanent Representative of Sweden to the OSCE Ambassador Ulrika Funered
to the Permanent Council, Vienna
February 28, 2019

Joint statement on behalf of Canada, Denmark, Montenegro, the Netherlands, Sweden, Switzerland, the United Kingdom, and the United States of America

Mr. Chair, on behalf of the delegations of Canada, Denmark, Montenegro, the Netherlands, Switzerland, the United Kingdom, the United States of America and Sweden, I would like to inform the Permanent Council of the following matter. We are happy to announce that the recipient of the 2019 Democracy Defender Award is the “Union of Informed Citizens” (UIC), an Armenian civil society organization.

The Democracy Defender Award honors a person or group for exceptional contributions to the promotion of democracy and the defense of human rights in the spirit of the Helsinki Final Act and other OSCE principles and commitments. The Award was established in 2016 to recognize the enormous contribution civil society makes to defending and promoting democracy in our region. While the space for civil society in parts of the OSCE region continues to shrink and attacks on human rights defenders continue to rise, it is incumbent upon us as OSCE governments to reverse this troubling trend, and to ensure that civil society is able to thrive.

Mr. Chair, UIC receives the award this year for its outstanding contribution to promoting independent journalism and informed decision-making, as well as to strengthening election monitoring in Armenia.

I would like to take this opportunity to invite participating States and representatives of OSCE institutions to join us at this year’s Democracy Defender Award Presentation and Seminar, which will take place on Monday, March 11th, at Schwedenhaus. The event will begin at 10:00 am with a debate on “The Role of Law” followed at 12:00 by the presentation of the Award to UIC. A “save-the-date” has been circulated, and an official invitation will follow soon. As space at the event is limited, we encourage you to register as soon as possible.

Finally, I would like to invite all participating States to co-sponsor this event. This can be done by expressing your interest to co-sponsor to any of the organizing delegations.