Home Home | News & Events | On the 2020 Trafficking in Persons Report 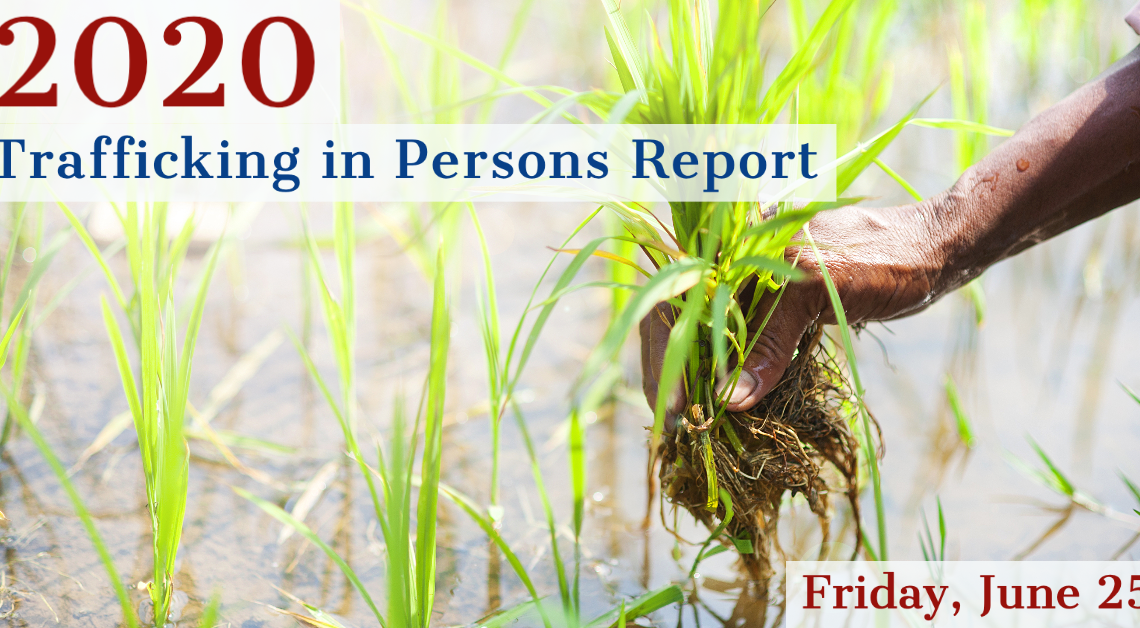 Statement Regarding the Release of the 2020 Trafficking in Persons Report

This is my way of an announcement and a follow-on with the Trafficking in Persons report of the Secretary General and the issues that he presented regarding trafficking in humans and the particular interest of the United States in this topic.

Last Thursday, June 23 in Washington, DC, Secretary Michael Pompeo, along with Advisor to the President Ivanka Trump, and Ambassador-at-Large to Monitor and Combat Trafficking in Persons John Richmond, held a virtual public ceremony to release the United States’ 2020 Trafficking in Persons Report. They also took the occasion to honor ten courageous Trafficking in Persons Heroes, who have dedicated their lives to combating human trafficking around the world. I am pleased to report that three of the ten honorees are from the OSCE region.

They are: the government of Latvia’s National Trafficking in Persons Coordinator Lasma Stabiņa, and the NGO activists Oxana Alistratova from Moldova and Nina Balabayeva from Kazakhstan.

Mr. Chairman, I recall the efforts made by the United States and its partner Belarus on this topic in the last Ministerial and we hope to offer something useful in the next Ministerial, as do you, I believe.

This year’s TiP report marks the 20th anniversary of the Palermo Protocol, with its 177 parties, as well as the 20th anniversary of this comprehensive reporting tool in documenting progress to combat human trafficking, while highlighting the work yet to be done. The report also notes that while there has been a slight increase in the global number of prosecutions of sex trafficking compared to the previous year, the number of forced labor prosecutions has actually decreased. In addition, suspended sentences and victim penalization remain prevalent in the OSCE region. These findings must serve to push us all to better implement existing OSCE commitments to combat human trafficking.

The United States remains steadfast in declaring that there is no excuse for human trafficking and that governments must take bold action to bring the necessary reforms.

The fight against human trafficking, Mr. Chairman, is a Trump Administration priority both in its foreign policy and its domestic agenda. The United States is committed to furthering this important work in bilateral and multilateral fora, and to invigorating our efforts here at the OSCE. Together with our partners in civil society and the private sector, let us maximize our collective efforts to end modern-day slavery. We are grateful for OSCE’s initiatives and we look forward to cooperate with you on future initiatives in this area.