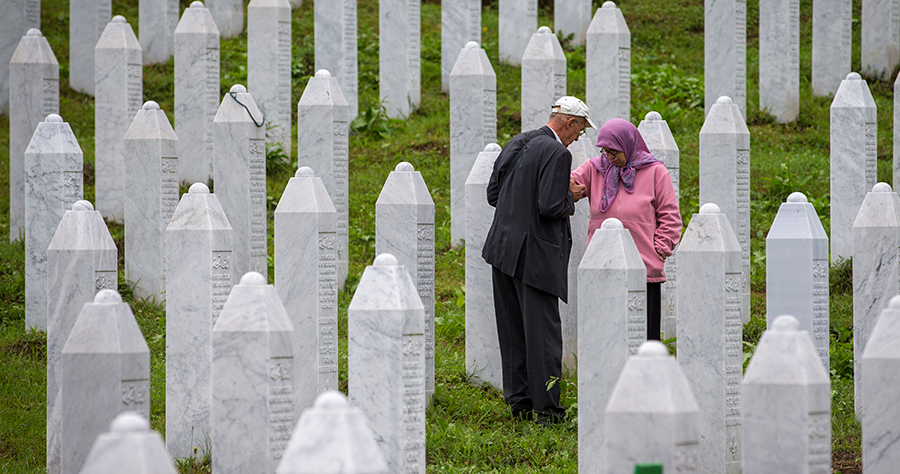 On the 24th Anniversary of the Srebrenica Genocide

Today marks 24 years since the Srebrenica genocide, and the United States joins other participating States and the European Union in remembering the more than 8,000 Muslim men and boys who were brutally massacred there in 1995. We stand with the people of Bosnia and Herzegovina in mourning the loss of their loved ones.

Every day in our work at the OSCE, we draw on our collective experiences to build a better future for all participating States and their inhabitants. The horrors of Srebrenica stand as a stark reminder of our responsibility to stand up for the dignity of every human being, reject and condemn hatred and those who fan toxic flames of nationalism, address tensions before they erupt into violence and otherwise seek to prevent or work for the peaceful resolution of conflict. By working together and sharing lessons learned, we can help ensure that another Srebrenica can never occur again in our region.

Many of the perpetrators of this genocide still evade justice, and many of the victims’ remains have not been recovered and laid to final rest.

The United States has been proud to support Bosnia and Herzegovina as it has emerged from this conflict and taken its place as an independent, sovereign, OSCE participating State committed to a democratic future at peace with its neighbors within the Euro-Atlantic community of nations.

On this solemn occasion, we reaffirm our continued partnership to bring enduring stability and prosperity to Bosnia and Herzegovina and all of its people.