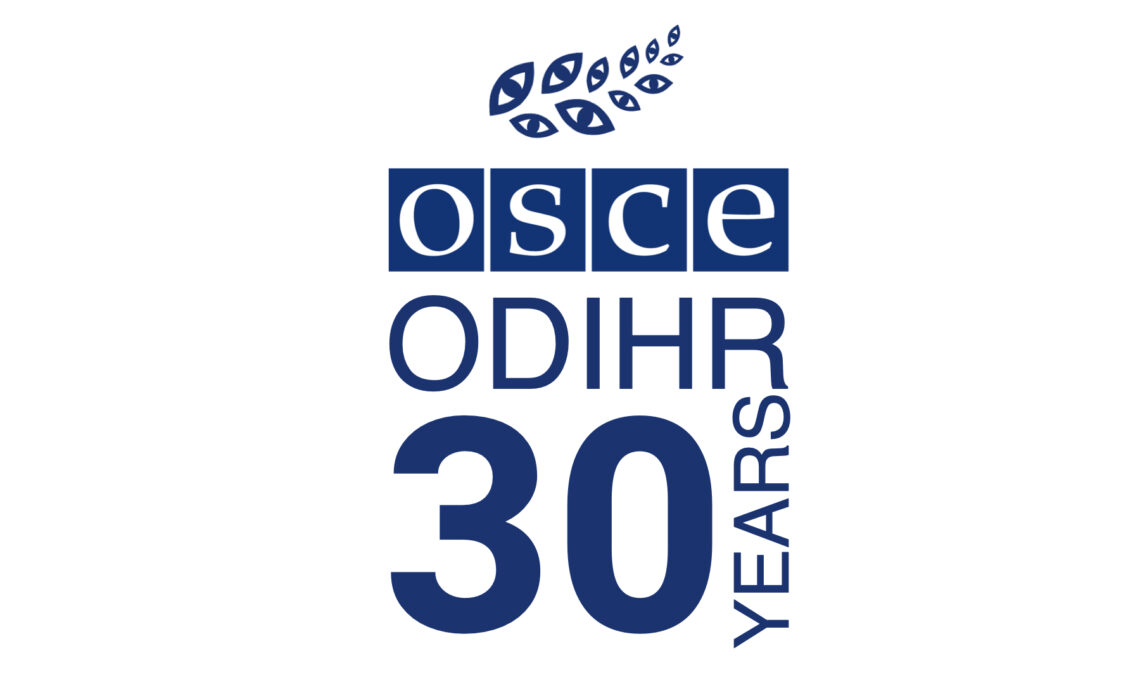 As delivered at the Closing Session of the Conference “ODIHR: three decades and ready for the future”, Warsaw, October 15, 2021

As delivered by Deputy Assistant Secretary for Democracy, Human Rights, and Labor Kara McDonald
at the Closing Session of the Conference “ODIHR: three decades and ready for the future”, Warsaw,
October 15, 2021

It is an honor to represent the United States at this 30th anniversary celebration of the impressive contributions that ODIHR has made to the security of the OSCE region. Thirty years ago, at a time of “profound change and historic expectations”, Heads of State and Government adopted the Charter of Paris, undertaking to “build, consolidate and strengthen democracy as the only system of government of our nations.” They affirmed that the protection and promotion of human rights “is the first responsibility of government” and that their full exercise is “the foundation of freedom, justice and peace.” Our farsighted leaders did not just issue a political declaration, they also mandated the creation of a body to help participating States put the words into practice: the institution we now call ODIHR.

For thirty years, ODIHR has rolled up its sleeves, partnering with governments, civil society, academia, and the private sector to help give on-the-ground effect to the commitments States have made in the human dimension of security. ODIHR has been a pathbreaker among the world’s regional institutions.

Multiple generations of ODIHR leadership and staff, have carried out their mandate with integrity and impartiality.

ODIHR as an institution — and its officers personally – have at times been subjected to forms of political reprisal from States that take exception to your uncompromising work and seek to undermine your independence. Despite all, the dedicated people of ODIHR have persevered and we know you will continue to conduct your duties without fear or favor. As you do so, Director Mecacci, the United States will steadfastly defend your mandate and your independence.

ODIHR is needed more now than ever. We are all acutely aware of today’s challenges for democracy and human rights. Civil society, independent media, and the rule of law are under pressure in our region. Intolerance is on the rise. Though these trends were evident before the pandemic, they have been exacerbated by it. Indeed, some governments have exploited the health emergency as an excuse to deepen repression

Even in the most trying of conditions, ODIHR responds with resilience. We commend in particular ODIHR’s superb report on “State Responses to the Pandemic”, which is emblematic of the in-depth.

It would be a glaring omission were I not to mention what for decades has been ODIHR’s highest-profile achievement – its organization of the yearly Human Dimension Implementation Meetings, or HDIMs — the largest human rights gatherings in the region. While the 2020 HDIM was a casualty of pre-vaccine COVID-19 conditions, the 2021 HDIM has not taken place solely because of Russia’s continued obstructionism. As Secretary Blinken stated: “The United States will work with allies and partners to defend the principle of comprehensive, annual human dimension reviews with robust civil society participation.”

Colleagues: OSCE’s comprehensive concept of security is as relevant today as it was thirty years ago. So, too, ODIHR’s work remains essential to strengthening the human dimension of security.

Director Mecacci, as you and your expert team roll up your sleeves to begin the next thirty years of ODIHR’s noble work, you have the deep appreciation and full support of the United States.

I request that my full remarks be entered into the record.