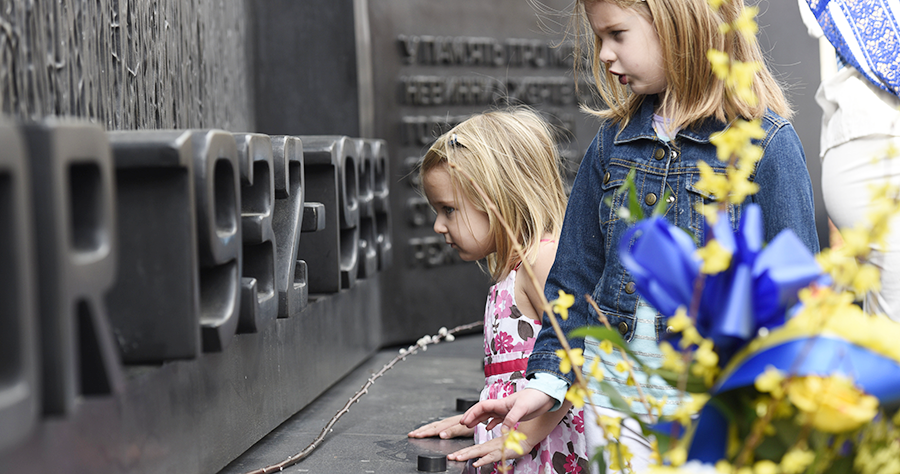 Children at the Holodomor Memorial in Washington, D.C., in 2016. (AP Photo/Sait Serkan Gurbuz)

On November 24 we mark a somber occasion, the 85th anniversary of Holodomor, when the brutal Soviet regime engineered and executed a catastrophic manmade famine and starved to death millions of innocent Ukrainians. As Wess Mitchell, our Assistant Secretary for European and Eurasian Affairs, made clear last week at an event in Washington, this was an atrocity. It was the result of a deliberate policy whereby Joseph Stalin seized Ukrainian land and crops with the explicit political goal of starving Ukraine as a people and a nation, to break their will, to cow them into submission, and to destroy their identity and national aspirations.

Today, once again, Ukrainians are dying as a result of cold-blooded policies directed by the Kremlin against the very fabric of Ukraine’s national existence. Russia seeks a Ukrainian vassal state, deprived of sovereignty, beholden to Moscow, and held captive within its sphere of influence. It wants to prevent Ukrainians from choosing their own future, but the Kremlin is again on the wrong side of history.

Russia’s ongoing aggression against Ukraine has only solidified Ukrainians’ desire for a future free of Kremlin control and post-Soviet corruption. Russia’s aggression has bolstered Ukraine’s unity and pushed it further along the path to integration with Europe. Ukrainians have repeatedly shown they will not be beaten down or deterred from charting their own course. Mindful of the past, the United States stands with Ukraine and its people in pursuit of that brighter future.