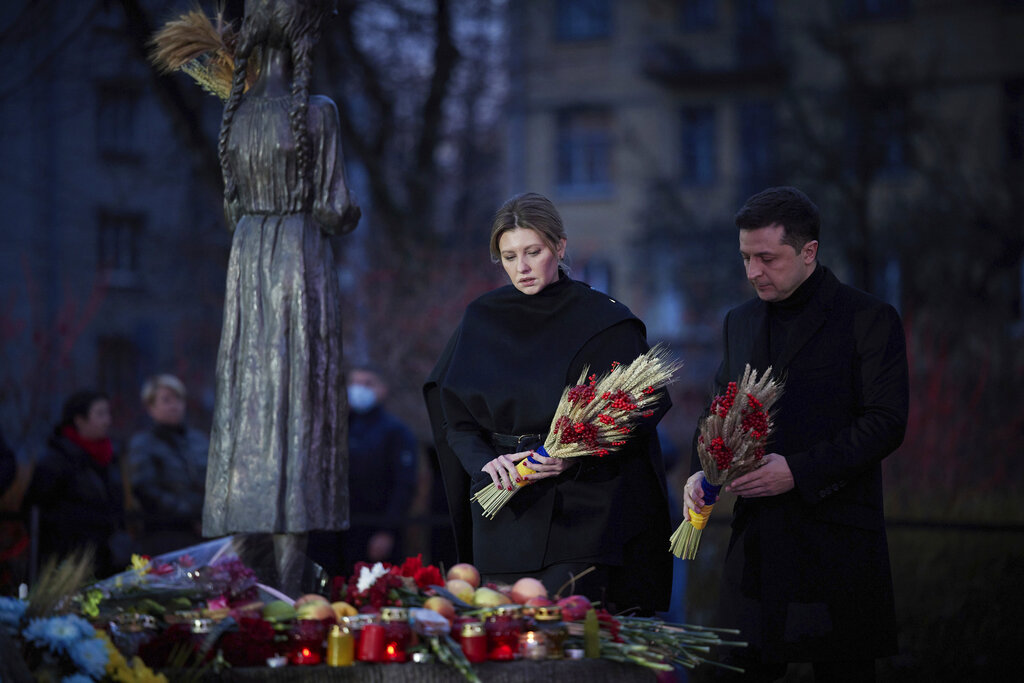 U.S. Statement on the 90th anniversary of the Holodomor genocide of 1932 and 1933 in Ukraine committed by the totalitarian Stalin’s regime

Each November, we solemnly honor and pay tribute to the millions of innocent people of Ukraine who suffered and perished during the Holodomor in 1932 and 1933.  The men, women, and children who lost their lives during this famine were the victims of the brutal policies and deliberate acts of the regime of Joseph Stalin.  This month, as we commemorate those whose lives were taken, let us also recommit ourselves to the constant work of preventing such tragedies in the future and lifting up those suffering under the yoke of tyranny today.

It is especially important this year to remember that the word “Holodomor” means “death by hunger.”  Putin’s regime is demonstrating its brutality in Ukraine by conducting attacks across Ukraine’s agriculture sector and by seizing Ukraine’s grain, effectively using food as a weapon of war.  Open-source imagery and video evidence suggest Russia’s forces have attacked major agricultural production facilities in Ukraine.  This has significantly undermined Ukraine’s agricultural capacity.

Russia’s war of aggression has clearly diminished Ukraine’s ability to produce the agricultural commodities that support food security within its own borders and worldwide.  This year, the world is facing an unprecedented level of food insecurity and humanitarian crises, worsened by the impacts on global food supplies of Russia’s aggression against Ukraine.  Worldwide, more than 300 million people are unable to access clean water, emergency medicine, shelter, and food without assistance.  More than 100 million are forcibly displaced.  And hundreds of millions more are experiencing hunger.

Mr. Chair.  The people of Ukraine endured and overcame the horrors of the Holodomor and totalitarian Communism, demonstrating their spirit and resilience, and eventually establishing a free and democratic country.  As we remember the pain and the victims of the Holodomor, the United States reaffirms our commitment to the people of Ukraine today and our unwavering support for the sovereignty and territorial integrity of Ukraine.