Home Home | News & Events | On the Abduction, Detention, and Sentencing of Ukrainian Citizens by Russia: Statement to the PC 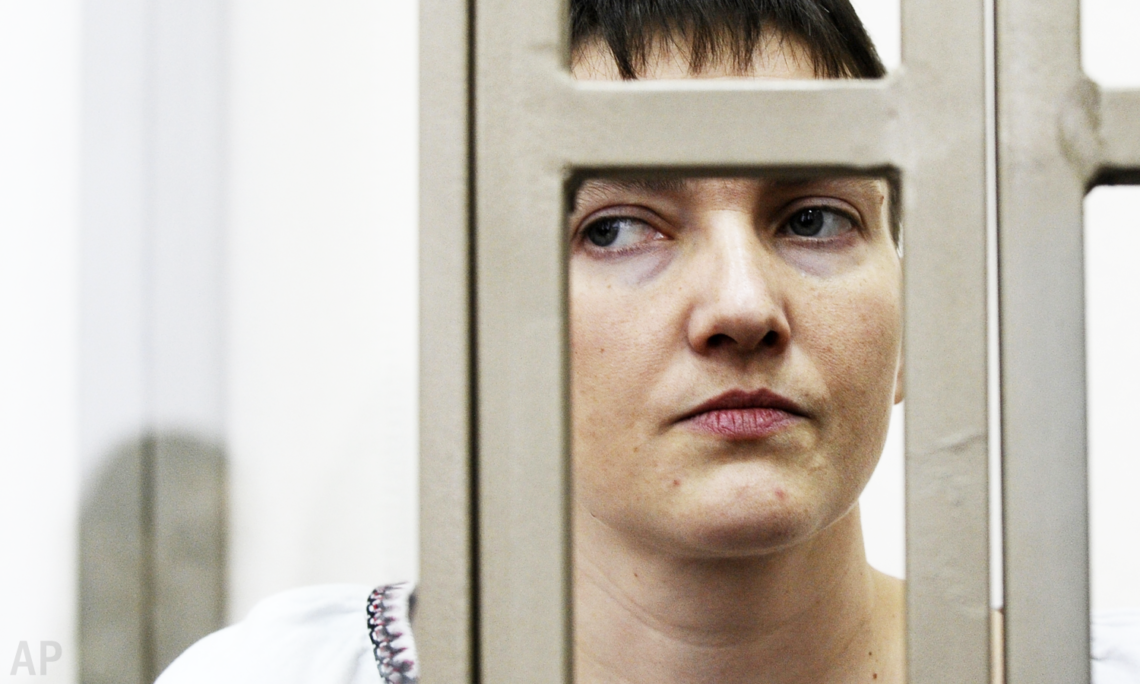 Nadiya Savchenko stands in a glass cage during a trial in the town of Donetsk, Rostov-on-Don region, Russia, Thursday, March 3, 2016. (AP Photo)

The United States once again calls on Russia to release immediately all Ukrainian detainees held in Russia for political reasons. We remain especially concerned about Nadiya Savchenko, and we urge the Russian Federation to immediately drop all charges and release her.

The facts of Ms. Savchenko’s detention and trial are well-known. In the 20 months since she was captured in eastern Ukraine and taken to Russia, Nadiya Savchenko has been systematically denied the basic protections of the rule of law.  Ms. Savchenko has endured relentless interrogations, solitary confinement, and a so-called “psychiatric evaluation,” while being denied access to Ukrainian consular officials or independent doctors. Ms. Savchenko has endured a show trial in which Russian authorities denied her defense team the opportunity to present evidence of her innocence or question those involved in her capture. These circumstances are not consistent with the Russian Federation’s commitments under the OSCE Copenhagen document to uphold the independence of its judiciary and ensure fair trial guarantees.

Claims made by Russian officials that expressions of concern by other countries about Ms. Savchenko’s treatment equate to interference in its internal affairs are wholly out of step with Russia’s OSCE commitments. The Russian Federation – together with all participating States – reaffirmed in Moscow in 1991 that the “commitments undertaken in the field of the human dimension are matters of direct and legitimate concern to all participating States and do not belong exclusively to the internal affairs of the State concerned.”  The detention of Nadiya Savchenko also contravenes Russia’s commitment to release all hostages and illegally detained persons under the Minsk agreements. Ms. Savchenko’s continued detention is not merely a failure of Russia’s domestic legal process, it is a breach of its international commitments.

We also remind Russia that it bears responsibility for the health and welfare of Nadiya Savchenko and all other Ukrainian detainees in its custody, including Oleg Sentsov, Oleksander Kolchenko, Stanislav Klikh, Mykola Karpyuk, and Akhtem Chiygoz. We note that on March 14 Russia’s Human Rights Ombudswoman Ella Pamfilova requested that the court in Donetsk allow Ukrainian doctors access to Savchenko.

The world is watching Nadiya Savchenko’s case and we call on Russia to make the right choice: immediately drop all charges and release Nadiya Savchenko and all other Ukrainian detainees held by Russia for political reasons.