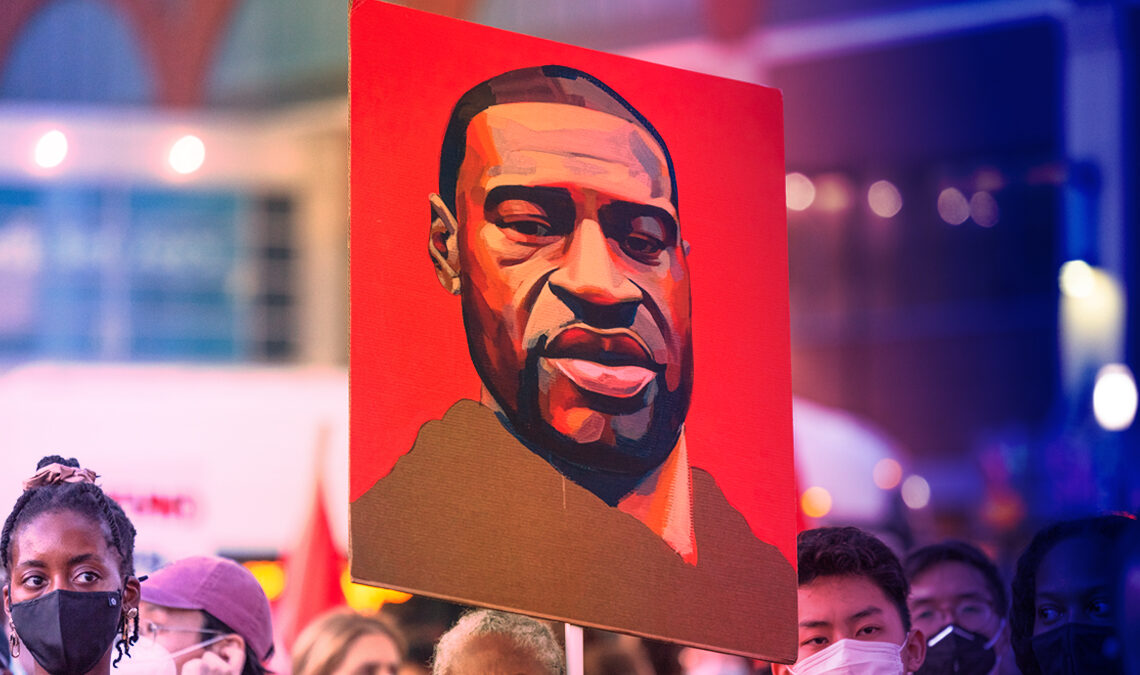 On May 25, the United States marked the first anniversary of the tragic death of George Floyd.

On the First Anniversary of George Floyd’s Death

On May 25, the United States marked the first anniversary of the tragic death of George Floyd.  Many in the international community also honored Mr. Floyd and acknowledged the long journey nations face to advance racial justice.  We in the United States acknowledge the lasting impact of historical events and tragedies rooted in the dehumanization of communities of color.  We are dismantling existing institutionalized racism and deep-seated inequities in our country.  That is why President Biden on his first day in office issued Executive Order 13985 to advance racial equity and support for underserved communities across every aspect of our government.

In the 12 months following Mr. Floyd’s death, there have been numerous protests in the United States calling for justice not only for Mr. Floyd, but for other cases where African-Americans and other members of minority groups were injured or died at the hands of the police.  The officer seen on video kneeling on Mr. Floyd’s neck, Derek Chauvin, was tried in a court of law and found guilty of murder; he will be sentenced next month.

Three other police officers present at the scene also face criminal charges.  Protests calling for a re-examination of other cases, using Mr. Floyd’s as an example, continue.

The State of Minnesota’s prosecution of Derek Chauvin for the murder of George Floyd proves the rule of law can prevail, including against those who are part of the law enforcement apparatus.  It also demonstrates a deeper truth about how democracy operates in the United States.  No democracy is perfect.  Each is constantly in a state of change, of improvement, of righting past wrongs and building a fairer country and world.  The U.S. Constitution recognizes this truth in its preamble, stating that its purpose is to “form a more perfect union.”  Not a perfect one, but one that is better than what came before.  That process continues still today.

That process continues in the wake of Mr. Floyd’s death, that process continues.  The United States is dedicated to eliminating racial discrimination and the use of excessive force in policing.  As President Biden said, “We must have accountability when law enforcement officers violate their oaths, and we need to build lasting trust between the vast majority of the men and women who wear the badge honorably and the communities they are sworn to serve and protect.  We can and must have both accountability and trust in our justice system.”

The Department of Justice issued guidance stating unequivocally racial profiling is wrong and prohibited racial profiling in federal law enforcement practices.  Many states have done the same.  Our Department of Justice prosecutes individual officers who violate civil rights and investigates police departments that engage in a pattern or practice of conduct that deprives persons of their rights.  We also proactively prevent discrimination or the use of excessive force by promoting increased training of federal, state, and local law enforcement officers across the country.

The United States is committed to fully addressing racial injustice and inequities, and we stand firm as a voice for defending human rights and promoting accountability worldwide.  The international outcry after George Floyd’s murder revived a global movement for racial justice and equity.  This fight is not ours alone, and in this effort, we seek to partner with like-minded countries and civil society stakeholders across the international community.

The U.S. commitment to advancing racial equity and justice remains unshakable.  So, too, is our commitment to upholding freedom of expression and peaceful assembly, including the right to peaceful protest.  We are resolved to make our democracy work better for all of our people, or, as the U.S. founders put it over 230 years ago, “to form a more perfect union.”