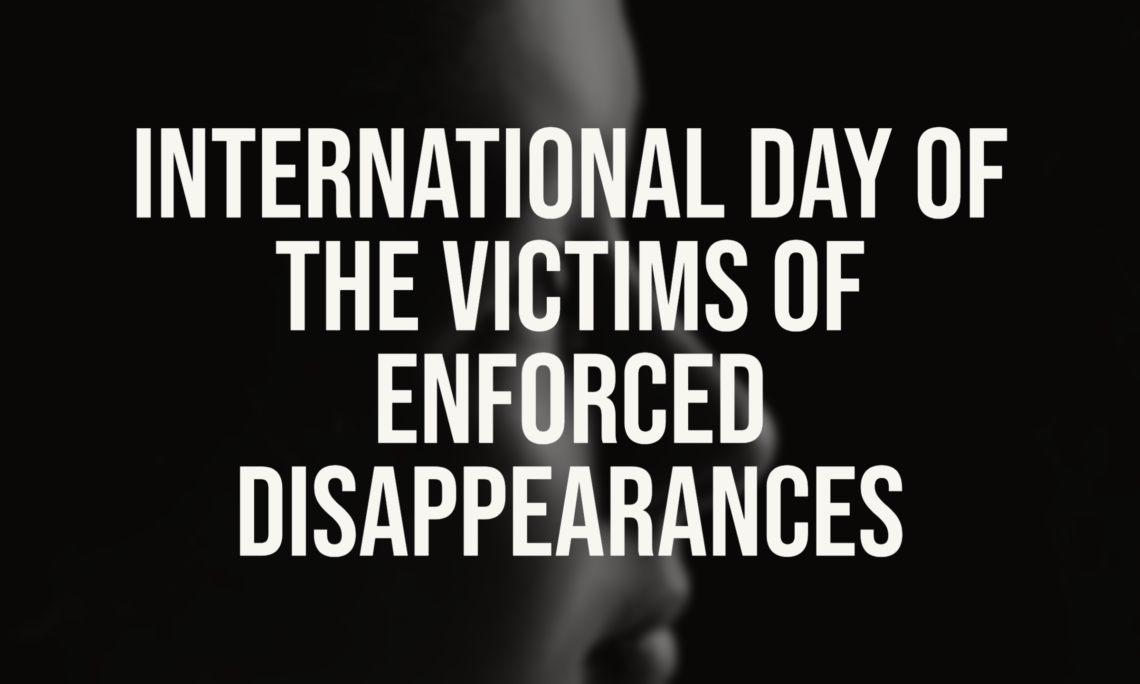 On the International Day of the Victims of Enforced Disappearances

On this International Day of the Victims of Enforced Disappearances, the United States stands with all those affected by this heinous crime.  This practice is clearly prohibited under international human rights law, yet it continues to be used to silence dissent and attack civil society across the OSCE region.

Our minds immediately go to Ukraine, where credible reports indicate Russia is using this cruel practice in the context of its network of filtration operations to disappear Ukrainian citizens.  Those detained or otherwise targeted by these filtration operations include those deemed threatening because of their potential affiliation with the Ukrainian army, territorial defense forces, media, government, and civil society groups.  We think of Ihor Talalay, a volunteer from Dnipro who was working to evacuate civilians from Mariupol when Russia’s forces detained him.  These forces then held Ihor in a filtration center in the Donetsk region for three months without any notice to the outside world.  Thankfully, Ihor survived.  We also think of Serhiy Tabachuk, who was detained in the Zaporizhzhya region while doing his best to help evacuate and rescue people from Russia’s brutality.  Tragically, Serhiy’s fate is currently unknown.  We also call on Russia to immediately release all individuals it has disappeared or arbitrarily detained through its filtration camp network.  Those responsible for war crimes and other atrocities in Ukraine will be held accountable and brought to justice.

We also lack information on Turkmenistan’s former OSCE Permanent Representative Batyr Berdiev.  We call on the government of Turkmenistan to provide information about him and each of the individuals whose whereabouts are unaccounted for after they entered the prison system.

The United States renews its commitment to addressing enforced disappearance and calls on participating States to put an end to this abhorrent practice, hold those responsible to account, reveal the whereabouts or fate of loved ones who have been disappeared, and respect the human rights and fundamental freedoms of all persons.