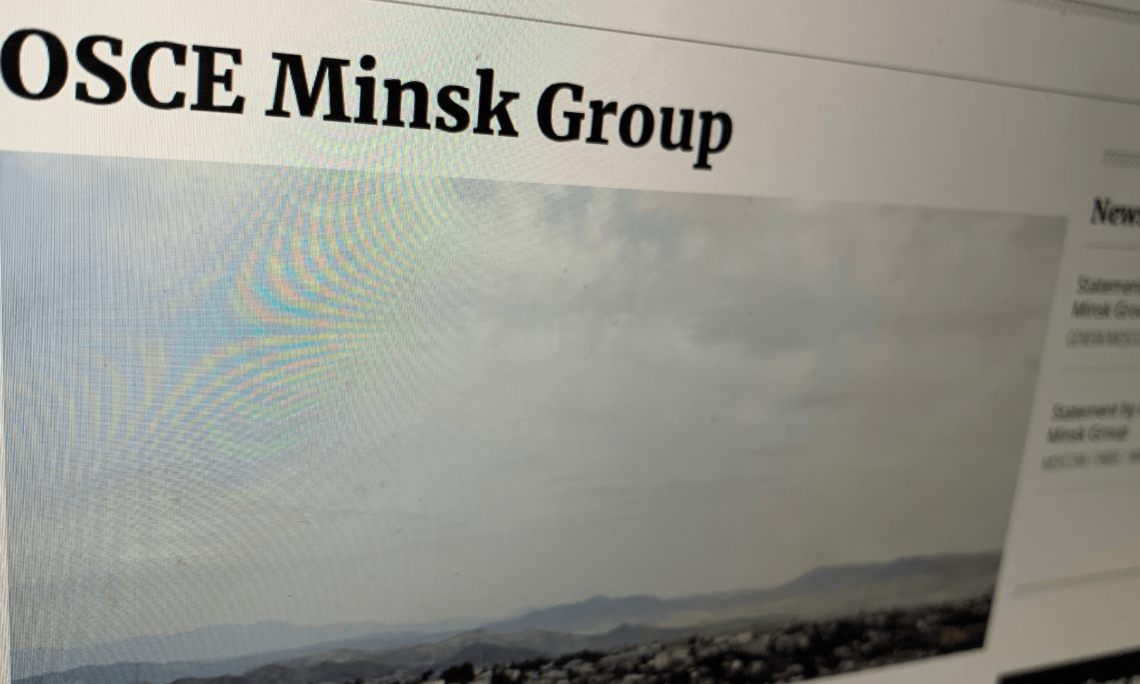 As a Co-Chair of the Minsk Group, the United States is deeply concerned by the continuing violence.

In my national capacity, I would like to add that the United States welcomes the steps agreed under the auspices of the Minsk Group Co-Chairs in Geneva on October 30.  These steps emphasize: 1) respect for international humanitarian law, including refraining from deliberately targeting civilians and non-military objects; 2) provision of security guarantees to permit the International Committee of the Red Cross to recover remains; 3) compiling lists of detainees by November 6 for the purposes of providing access and eventual exchange; and 4) committing to provide a written response regarding a potential ceasefire monitoring mechanism.  We call on the sides to quickly fulfill their commitments.

There is no military solution to this conflict.  The conflict can be resolved only through a political settlement acceptable to the parties; it will be resolved at the negotiating table, not on the battlefield.  Until such a peaceful resolution is achieved, civilians remain in danger and the situation remains vulnerable to manipulation by outside parties.

Only an agreement between the parties based on the Helsinki Final Act principles of non-use or threat of force, territorial sovereignty, and self-determination will end this conflict.  The United States condemns in the strongest terms any attacks resulting in civilian casualties, regardless of where they occur, and calls on the sides to take urgent measures to ensure civilians and non-military objects are protected.

We call on Armenia and Azerbaijan to strictly adhere to the humanitarian ceasefire agreed to in Moscow on October 10 and reaffirmed on October 17 and October 25.  We urge the sides to return immediately to the negotiating table under the auspices of the Minsk Group Co-Chairs.  We call on external parties to urge both sides to adhere to the humanitarian ceasefire, take the steps agreed to in Geneva, and return to the negotiating table.  Again, we urge the sides to refrain from inflammatory rhetoric and actions.

Mr. Chair, the toll this long-standing conflict has taken on the people and countries of the region is far too high.  The United States, as a Co-Chair of the Minsk Group, will remain engaged to help the sides reach a comprehensive negotiated settlement to this long-running conflict, but it is up to the sides to demonstrate the necessary political will to make tough compromises.  Now is the time for them to do so.