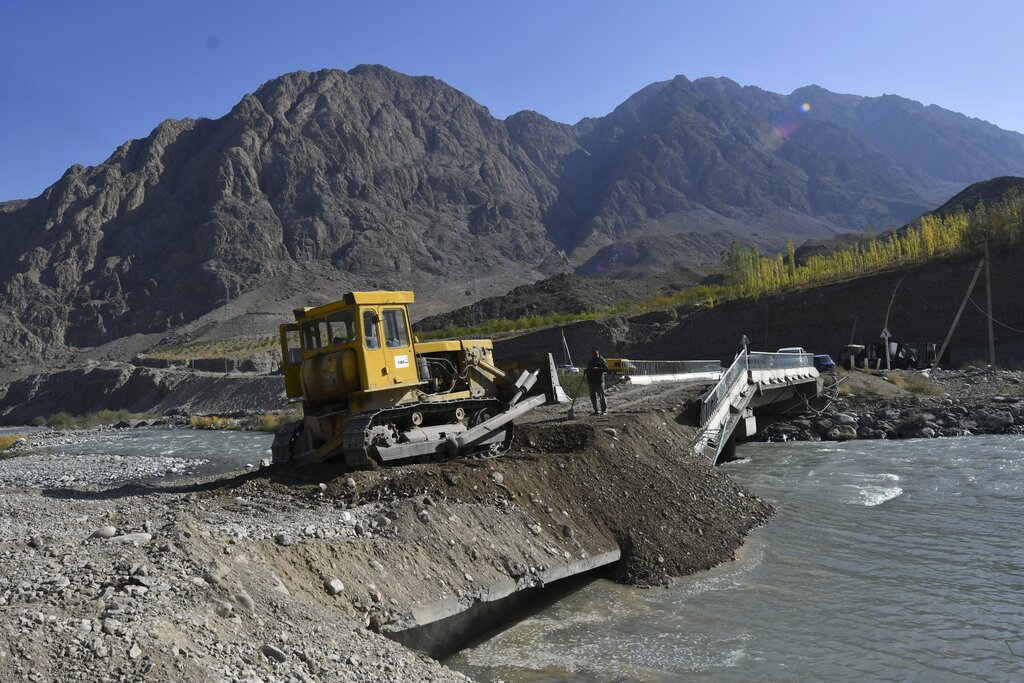 Restoration work at a site that was blown up during a fighting at the Kyrgyzsatn and Tajikistan border bridge. The outbreak of fighting has killed about 100 on both sides. (AP Photo/Vladimir Voronin)

to the Permanent Council, Vienna
September 23, 2022

The United States deeply regrets the resurgence of violence along the Tajikistan-Kyrgyzstan border.  The impact of these clashes on surrounding communities, especially the resulting civilian casualties, is unacceptable.  We welcome and support the ceasefire and urge both sides to withdraw all forces from the shared border and engage in negotiations to resolve the issue.  The United States stands ready to assist.

We must never resort to violence as we attempt to resolve cross-border issues.  The prosperity and stability of the entire region hinges on preserving peace.  The United States welcomes a diplomatic resolution to the conflict and stands by, ready to support.

The United States also stands ready to support further diplomatic engagement in the region and to build on the September 22 meeting of the five foreign ministers of the Central Asian countries with Secretary of State Antony Blinken in New York on the margins of the UN General Assembly.  As Secretary Blinken said yesterday after the meeting, the United States strongly supports the independence of Central Asia nations as well as efforts to advance prosperity and security in the region.

In conclusion, we urge the parties to strictly adhere to the Helsinki Final Act principles that all OSCE participating States have committed to uphold, among them: sovereign equality and respect for the rights inherent in sovereignty; refraining from the threat or use of force; respect for the territorial integrity of states; and the peaceful settlement of disputes.