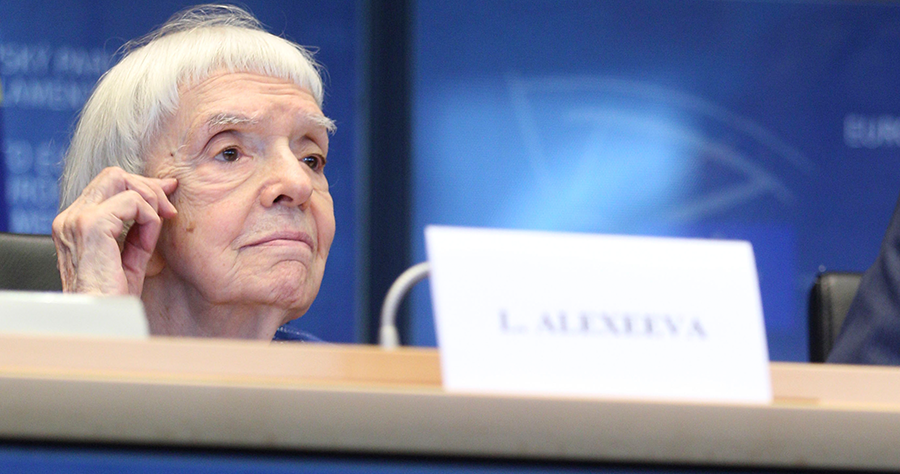 On the Passing of Ludmilla Mikhailovna Alexeeva

As the State Department Deputy Spokesperson noted in a statement on December 10, the United States marks with deep sorrow the passing of one of the world’s great defenders of human rights, Ludmilla Alexeeva, who died on December 8 at the age of 91. Until the last, she was a force for human dignity, inspiring and mentoring multiple generations of citizen activists in her native Russia. Her death is a profound loss to all who work for the cause of freedom in Russia and across the globe, and it comes at a time when human rights, and the men and women who courageously champion them, are under severe pressure in Russia and in other countries. Ludmilla Alexeeva’s lifelong efforts to protect and guarantee human rights are lasting contributions to a freer, more peaceful world.

Alexeeva was a founding member of the Moscow Helsinki Group, a pioneering organization that demanded governments fulfill their commitments to respect the human rights of their people. After being forced into exile in 1977, Alexeeva became a U.S. citizen, and she continued her advocacy on behalf of Soviet prisoners of conscience, many of them colleagues from human rights monitoring groups. She was an indomitable figure at Review Meetings of the Conference on Security and Cooperation in Europe, the predecessor of today’s OSCE. Alexeeva returned to Russia after the collapse of the Soviet Union and unceasingly spoke out for human rights, the rule of law, and democratic governance.

We extend our deepest condolences to Ludmilla Alexeeva’s son Michael, her grandchildren and great grandchildren, and to her colleagues in Russia’s human rights community, who, cherishing her memory, will carry on.