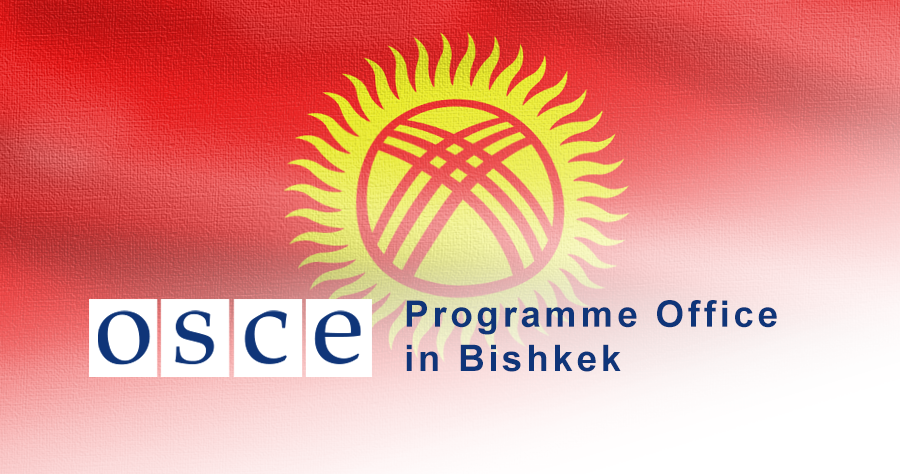 The United States welcomes Ambassador von  Arx to the Permanent Council, as well as Dr. Wolters, the Director of the OSCE Academy.  We thank you for your comprehensive report, which focuses on results and highlights the OSCE’s impact on the ground. The United States values and supports the work of the OSCE Programme Office in Bishkek in all three dimensions of security, as well as our growing bilateral relationship with the host country, Kyrgyzstan. I might say, that I appreciate the Ambassador reaching out to me, to give me some further information at my request. I am very grateful to have this relationship.

Ambassador, the United States welcomes your Office’s efforts to counter violent extremism and radicalization that leads to terrorism, including terrorist radicalization in places of detention, as well as your support for combating terrorist financing and money laundering. The first Eurasian Forum on Anti-Money Laundering and Countering the Financing of Terrorism in Issyk-Kul  province was a highlight in this regard.

We value the Programme Office’s work on law enforcement reform, including increasing the use of the Mobile Police Reception units. Your Office’s efforts to help participating States strengthen information-sharing and prevent the travel of terrorists, including through development of the Advance Passenger Information and Passenger Name Record Data systems, is a critical component of implementing UN Security Council Resolution 2396 and the international legal framework against terrorism. We appreciate your Office’s collaboration with the OSCE’s Action Against Terrorism Unit on its important recent guidebook on “A Whole of Society Approach to Preventing and Countering Violent Extremism and Radicalization that Lead to Terrorism” in Central Asia and beyond.

The Kyrgyz Republic committed to transparency and accountability when it joined the Open Government Partnership.  We welcome the Programme Office’s efforts to help the country fulfill these commitments by fostering broad civil society participation in the preparation of a National Action Plan that will help the government provide high-quality, transparent, and efficient public services.  The Programme Office’s efforts to promote the tenets of the Open Government Partnership as well as its development of training courses specifically adapted for representatives of civil society were positive steps in this direction.

We also support your assistance to the Kyrgyz government’s fight against corruption and financial crimes.  Efforts undertaken by the Office last year to support the Secretariat of the National Security Council in monitoring, updating, and creating new anti-corruption action plans for local self-government bodies is praiseworthy.  Even more so was the office’s facilitation of expert legal review for existing anti-corruption legislation to remove legal gaps.  We are grateful for the aggressive work that the Kyrgyz government is doing with you on its behalf.

Mr. Ambassador, the United States also supports Program Office activities to promote human rights, democratization, rule of law, and gender equality. The Program Office’s support of Women’s Initiative Groups, electoral reform, and women’s rights rightly deserved the 2019 OSCE Gender Award’s “best project.” Election of the first female chairperson in the history of the Saruu district council and 43 percent of council seats going to female candidates are unprecedented developments. However, as attacks on an International Women’s Day demonstration in Bishkek show, gender equality is an on-going struggle throughout the entire OSCE region. The COVID-19 crisis further highlights the realities of domestic violence in many countries around the world, including the Kyrgyz Republic.

We look forward to hearing how the Office is addressing these challenges in protecting women and girls across Kyrgyzstan and the region at large, especially in the wake of COVID-19.

The Office’s work in helping the Kyrgyz Republic strengthen the judicial system, advance penitentiary reform, and prevent torture, including through support for independent civil society in conducting over 300 monitoring visits to prisons and assisting over 1000 detainees, is critical to building a fair system of justice, which the people of the country will rely on. As the recent failure of the appeal of Azimjon Askarov showed, judicial impartiality and independence remain pressing concerns in the Kyrgyz Republic, which I am confident the government wishes to and will address. I am certain the Program Office will remain an ally in this reform effort. We again call on the Kyrgyz Republic to release Mr. Askarov, who is 69 years old and in poor health.

We appreciate the Office’s activities to support freedom of expression and the media and thank you for assisting the OSCE Representative on Freedom of the Media in organizing the 11th Annual Central Asian Media Conference in Bishkek. But recent events continue to cast a shadow over the media environment in the Kyrgyz Republic. The United States calls on Kyrgyz authorities to investigate allegations by a former customs officer that his ex-boss urged him to bring Radio Azattyk journalist, Ali Toktakunov, back to Kyrgyzstan “dead or alive” for his work investigating government money laundering and corruption. Free and independent media can play a crucial role in defeating entrenched corruption across the OSCE space. Additionally, proposed Kyrgyz legislation which would limit the ability of the press to report on terrorism and which would place excessive restrictions on internet content is troubling, further demonstrating the importance of the OSCE’s work in defending freedom of the media. We urge Kyrgyzstan to take advantage of Representative Desir’s Office and other OSCE institutions’ resources to craft laws and policies that balance counter-terrorism, media freedom, and human rights concerns.

We are pleased with plans for expanding research and doctoral training opportunities at the OSCE Academy in Bishkek as was described in the written report. The Academy is a key element of the Office’s work and offers unique opportunities for professional development in the region. As a major donor, the United States urges other participating States to support this important educational institution with extra budgetary contributions. The U.S is prepared to lead in this effort together with our partners. Over time, a greater share of the Academy’s funding should come from the Unified Budget to ensure its activities are more sustainable and that financial and political support across the OSCE region is secured.

Finally, the United States appreciates the OSCE Office’s contributions to the removal and disposal of stockpiles of rocket fuel components in the Kyrgyz Republic. The United States urges other participating States to join us in supporting this project to protect the local population and environment.

I will close now after this lengthy response by noting the United States is grateful for its partnership with the people and the government of Kyrgyzstan. Our bilateral relationship has created jobs, improved education for the next generation, and helped keep families safe and healthy. Our goal has remained the same since we opened our bilateral Embassy over 28 years ago—helping to ensure the rise of a prosperous, democratic, and tolerant country.