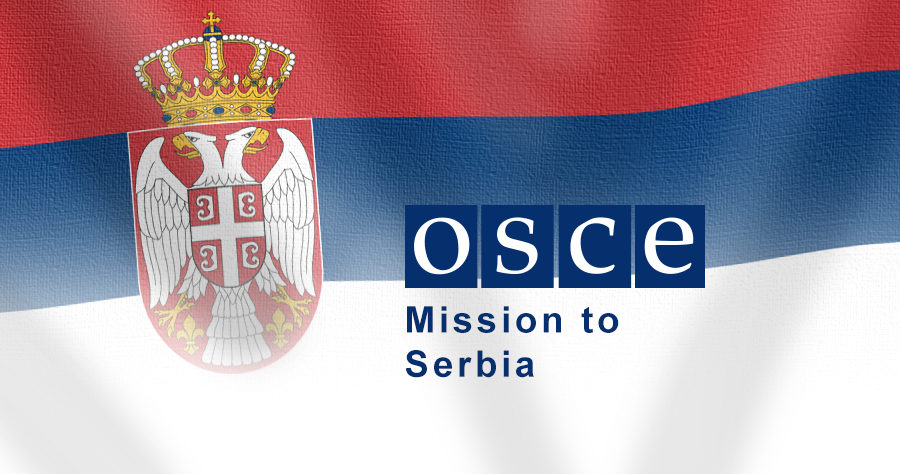 The Mission to Serbia remains an indispensable element of this Organization’s work to promote peace, democracy, and prosperity in the Western Balkans.

As delivered by Ambassador James S. Gilmore III
to the Permanent Council, Vienna
May 28, 2020

Thank you, Mr. Chairman, and thank you, Ambassador Orizio, for your report. We regret that, due to the pandemic, you were unable to join us today in Vienna. But your flexibility in appearing virtually today is just one more example of the adaptability of the OSCE Mission to Serbia.

The United States strongly supports a democratic, prosperous, and peaceful future for the Western Balkans and recognizes Serbia’s important role in this. My government has demonstrated our sincere commitment to such a future by appointing a special presidential envoy to secure tangible progress in the talks between Pristina and Belgrade, in addition to the State Department’s special representative for the Western Balkans. We helped bring the parties to the table for technical discussions. This resulted in the signing of letters of intent to launch direct flights between the two capitals and to develop rail and road connections for increased trade.

We support the Serbian people’s goals of strengthening democracy and integrating Serbia into European institutions. However, we think that recent decisions by the Serbian government to purchase Russian weapons and to engage in non-transparent deals with China are counterproductive to those objectives.

Ambassador Orizio, we appreciate your office’s quick response to the government of Serbia’s request to help develop its media strategy in January. You and the Representative on Freedom of the Media also effectively conveyed concerns about the restrictions on access to information and the media environment during Serbia’s COVID-19-related state of emergency. We welcomed the Serbian government’s judicious readjustments to safeguard the free flow of information and maintain a pluralism of media sources during the height of the pandemic.

Still, challenges to media freedom remain. Eighteen months after the arson attack on journalist Milan Jovanović’s home, the trial against the alleged perpetrators has not concluded, and that is a delay of justice. Serbia’s opposition continues to raise concerns about its access to public television during the electoral campaign, and many parties have decided to boycott the elections, which is not really a good development.

I encourage you to continue working with the government to improve media freedom, transparency, and literacy; while enhancing journalists’ safety, ethics, and professionalism.

I welcome the Mission’s initiatives to broaden the involvement of the Serbian people in the drafting of constitutional amendments on the separation of powers and judicial independence. When these amendments are adopted, I urge the OSCE Mission to support their implementation. In an environment deeply affected by the global pandemic, it is more important than ever we all underscore our commitment to democratic values and assure the Serbian people that the international community remains engaged in support of democratic progress.

Some Serbian officials have publicly incited discrimination and used an ethnic slur that Serbia’s courts have ruled could be considered hate speech. While the United States does not agree with the criminalization of speech, I do encourage you to condemn and counter the spread of revisionist narratives and hate speech. Serbia’s June 21 parliamentary vote, like all elections in the OSCE area, would benefit from ODIHR observation, the international gold standard.

We appreciate the Mission’s efforts to help Serbia address concerns regarding electoral legislation, potential irregularities, and media freedom that ODIHR identified in its Needs Assessment Mission. While the COVID-19 pandemic has made the organization and execution of an observation mission difficult, we urge all parties involved to think creatively to allow meaningful international observation to proceed.

Mr. Ambassador, your Mission contributes to strengthening the rule of law and fighting corruption and organized crime. We believe the OSCE’s assets seizure project and Network of Organized Crime Prosecutors—both of which the United States supports financially—are valuable tools to advance these endeavors. We also welcome your continued support for the right to fair trials. During the pandemic, the Serbian justice ministry took the unprecedented step of allowing criminal trials by videoconference for individuals accused of violating self-isolation orders, quickly sentencing some individuals to as many as three years’ confinement for violating self-isolation orders. Some observers contended these individuals had not been properly informed of the various isolation requirements. The OSCE’s efforts in the rule of law will help the Serbian government ensure laws are applied fairly, and therefore strengthen the Serbian people’s support of their own government.

We also applaud the OSCE Mission’s efforts to build Serbia’s capacities in countering violent extremism and radicalization that leads to terrorism. The United States supports the Mission’s work to promote dialogue between the police and civil society. We understand the importance of a whole-of-society approach and encourage further programming to bring governmental and non-governmental stakeholders together.

Mr. Ambassador, the Serbian people have chosen a future of integration in Europe, and that decision has already been paying dividends. You reported that the government’s efforts to ensure economic stability, promote good governance, and open new EU accession chapters led in 2019 to a 4.2 percent rise in GDP and 9.5 percent drop in unemployment. Serbia also held 13 military exercises with NATO partners and renewed its Individual Partnership Action Plan with the Alliance. These achievements are indicative of the opportunities – that Serbia has, by further integrating into Western organizations.

Mr. Ambassador, the United States remains a friend and partner of Serbia and of your mission. We look forward to continued cooperation with the Serbian government and citizens for regional peace and prosperity. Thank you again for your work and dedication in this most important mission of the OSCE. You have our full support.