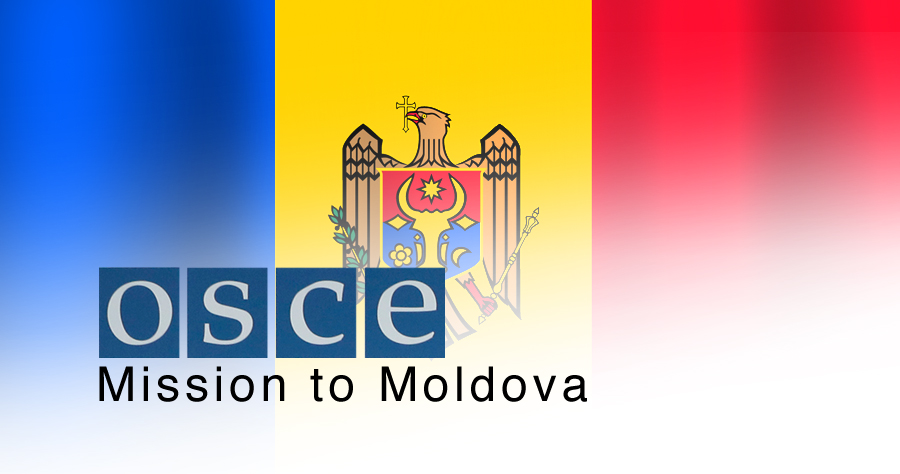 Dr. Neukirch, we welcome your observations on the work of the OSCE in Moldova at this virtual Permanent Council meeting today. The emergency measures and social distancing designed to counter the dangers caused by the global pandemic, including dislocating OSCE staff from their duty stations, have challenged our work in the OSCE region to safeguard security everywhere. Nonetheless, these challenges make clear the crucial nature of objective reporting on the ground, particularly on the protracted conflict in Moldova. Given the centrality of conflict resolution to the OSCE, participating States require timely reporting from OSCE Field Missions, in addition to activity reports, spot reports, and regular PC appearances, and we are very grateful for your appearance here today. I think it was very constructive. The information writ large allows participating States to frame our guidance and support for the Mission.

Your appearance at today’s Permanent Council comes in the midst of a global crisis, that you’ve discussed, and that everybody’s discussed. In Moldova, the pandemic is putting a further strain on the 5+2 settlement process. It is making physical movement of people— including key health sector personnel—very difficult, as you have discussed. Even at this time, however, we must not lose sight of on-going security concerns caused by the presence of Russian troops and munitions on Moldovan territory without the consent of the government of Moldova.

The United States is pleased the Mission to Moldova continues to use patrols to monitor the situation in the Security Zone. We appreciate you sharing information on the truck movements from the Cobasna munitions depot to Tiraspol. However, the United States seeks clarity on the current status of the matérial transported between October and December 2019. We assume these were munitions, based on your report of explosive hazardous signs on the vehicles and the reality that Cobasna, the convoys’ point of departure, is a munitions storage depot. We urge the Mission to Moldova to immediately engage with the Russian authorities to obtain a written explanation of this movement between October and December. As we know, Russia committed to withdrawing its forces and munitions from Moldova at the 1999 Istanbul Summit. Any movements of Russian forces or munitions in the sovereign state of Moldova are a matter of security interest to the 57 OSCE participating States. We demand that Russia facilitate the Mission’s access to all sites of concern.

We look to the OSCE to provide more timely reporting on any future movements of Russian forces or munitions in Transnistria. These activities relate directly to fulfilment of an OSCE Summit-level commitment. At the 1999 Istanbul Summit, the OSCE Mission was given a mandate to ensure transparency of movements of Russian matérial and report on a timely matter on movements in and beyond the Security Zone moving forward, as outlined in PC.DE/329/99. The United States stands ready to work with the Mission to Moldova, and other international partners, on the destruction and removal of ammunition and armaments at Cobasna, under the OSCE aegis. I remind you, Doctor, that the United States committed over eight million USD to the OSCE voluntary fund to support the destruction of this aging, dangerous stockpile. While we argue about fractions in the overall budget of the OSCE, this fund has been largely untouched since Russia stopped implementing its withdrawal commitment some 18 years ago.

I fail to understand what the problem is here. If the Istanbul Declaration was made, if the OSCE has a mandate, what is the problem? Why is it that this is now trying to be altered by the Russian Federation on some bilateral point, obviating the OSCE- which I think all 57 countries have a duty to maintain.

Mr. Chair, the United States supports efforts by the Moldovan government to curb the spread of COVID-19 and mitigate its economic and social impact, as was carefully and thoroughly discussed in Dr. Neukirch’s conversation and report today. A top priority in Moldova must be the health of Moldovan citizens on both sides of the river. The measures enacted to stop the spread of the coronavirus should not prevent communication between the sides.

The OSCE Mission in Moldova has a unique opportunity to facilitate a constructive dialogue to address the most urgent healthcare needs, including ensuring people living on the left bank have access to medical supplies and testing.

The OSCE Mission should encourage close coordination, collaboration, and exchange of information among local authorities at all levels related to COVID-19 incidents. The resumption of consultations and discussions in the healthcare working group would be a helpful development. We call on the Mission to help the sides to quickly reach an agreement so that the nearly 100 doctors and medical personnel, which you have carefully discussed in your report, residing on the left bank are not prevented from reporting to their workplaces in hospitals on the right bank, and so that residents of both banks can benefit from their medical services. The OSCE Mission should facilitate access by the World Health Organization and the United Nations to healthcare facilities in Moldova, including in Transnistria, to assess needs and offer guidance.

Doctor, we support your work and that of the Special Representative also to keep channels of communication open and to find a way to press forward with the settlement process, such as convening virtual meetings and advancing confidence building measures to help mitigate threats to public health during the pandemic.

As Moldova continues to deliberate options for administering a free and fair Presidential election slated for this fall, we call on both Moldova and the OSCE Mission to keep the Permanent Council closely informed. We encourage Moldova to work with the OSCE and the Venice Commission of the Council of Europe to improve future elections, including by clarifying elements of the electoral code.

Many OSCE participating States are experiencing a “second crisis” because of an increase in domestic violence as victims shelter together with their abusers. We value the Mission’s decision to hold a Human Rights Sub-Working Group focused on survivors of gender-based violence, including domestic violence, and encourage collaboration with the Moldovan authorities to adapt support channels to respond to increases in domestic violence caused by emergency stay-in-place measures.

Mr. Chair, the Mission to Moldova’s activities across the security spectrum remain germane today by helping Moldova to strengthen rule of law and democratic institutions and to reinforce security, which in turn offsets any long-term political consequences stemming from the enactment of temporary emergency measures.

We attach importance to the Mission’s planning efforts for activities to promote tolerance and respect for human rights, including for members of minority groups; training legal defenders; and promoting best practices in multilingual education. The United States supports Moldova’s anti-corruption and justice sector reforms and encourages the country to take advantage of all that the OSCE has to offer. We believe Moldovans deserve a justice system that holds all individuals— regardless of wealth or status—accountable for any criminal or corrupt act.

The United States will continue to support a sovereign, democratic Moldova, firmly anchored in Europe, secure within its internationally recognized borders, and enjoying the benefits of effective and accountable government.

Thank you, sir, for your work. Thank you for keeping us informed. And thank you, Mr. Chair, for the opportunity to speak.