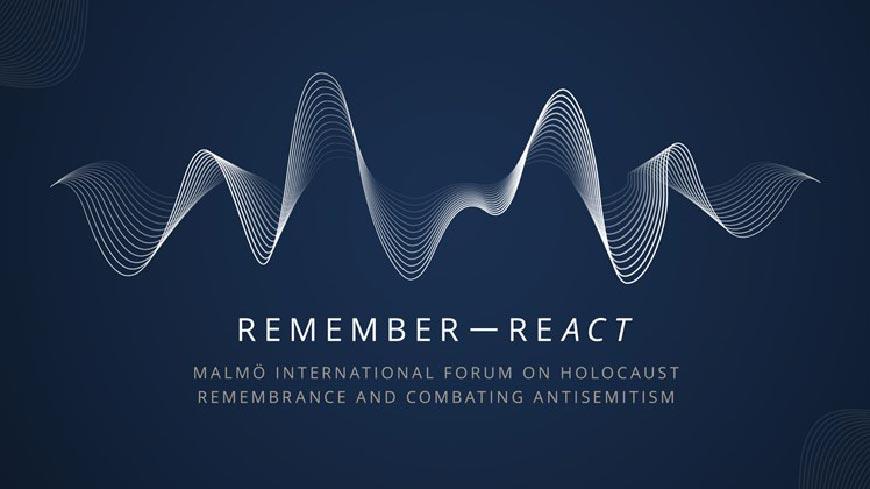 Sweden’s leadership in combating anti-Semitism was reflected in our Chair’s decision to host last week the Malmo International Forum on Holocaust Remembrance and Combating Anti-Semitism, in which my country and many other OSCE States took part.  At Malmo, the United States underscored our deep commitment to promote Holocaust education and remembrance and to combat anti-Semitism and other forms of hate.  We announced expanded efforts to counter anti-Semitic narratives online and offline, education initiatives, and additional U.S. support to the International Holocaust Remembrance Alliance.  Condemning the recent desecration at the Auschwitz concentration and death camp, in his Malmo statement Secretary Blinken warned: “[T]he dangers of the Holocaust are not simply problems of the past. … Those that engage in denialism want to blur the line between truth and lies, and provoke hate – against Jewish people, and often against immigrants and refugees, ethnic minorities, LGBTQI+ people, and others.  It’s as important as ever that we stay vigilant and relentless in the fight against anti-Semitism and hate, as individuals, countries, and coalitions of countries standing together.”

Since the early 2000s we have seen a continuing rise in anti-Semitism in the OSCE region and around the globe.  Though anti-Semitism is an ancient hatred, it is constantly evolving to take contemporary forms.  Outrageous conspiracy theories falsely blame Jews for creating, deliberately spreading, and profiting from COVID-19.  This Spring saw a spike in anti-Semitic rhetoric, incidents, and violence –an appalling byproduct of the Israel-Hamas conflict.

Anti-Semitism cuts across ideology, political party, group, and nation, so our efforts must be comprehensive and relentless.  Accordingly, we welcome the European Union’s adoption of its first-ever Strategy on combatting anti-Semitism and fostering Jewish life.  We all must forge coalitions of conscience at the multinational, governmental and local levels.  We need to improve dialogue with civil society and the private sector to promote tolerance across communities and among faiths.

To these ends, the United States continues to support the important work of the Chairpersonship, its Tolerance Representatives, and ODIHR, including its Hate Crimes Unit emphasizing the importance of collecting and sharing disaggregated data with it.  We welcome the OSCE Parliamentary Assembly’s adoption at the Annual Session in July of the declaration “On Addressing the Rise in Hate, Intolerance, Violence and Discrimination Across the OSCE Region” as tabled by U.S. Helsinki Commission Chairman Ben Cardin, who also serves as the OSCE PA’s Special Representative on Anti-Semitism, Racism and Intolerance.  We seek to work with other countries to improve physical security for Jewish communities and the investigation and prosecution of hate crimes.  We are raising awareness of threats to the viability of Jewish and Muslim communities arising from laws on religious slaughter and non-medical circumcision.  We encourage countries to appoint anti-Semitism coordinators and to apply the International Holocaust Remembrance Alliance Working Definition of Anti-Semitism.  We commend the French Senate for its recent embrace of the definition.  Similarly, we urge participating States that have not done so to put into practice the IHRA’s Working Definition of Anti-Roma Discrimination.

In the OSCE region, the United States funds programs that raise awareness, debunk inflammatory rhetoric, and advance effective counter narratives.  We continue to support strongly ODIHR’s pathbreaking Words Into Action program, now expanded in Phase Two.  We support civil society organizations working to counter online hate speech and push back against intolerance and xenophobia directed at Jewish, Muslim, and Christian communities.  And we have helped build interfaith networks in Central Europe advocating for tolerance toward all minority groups, including Jewish communities.

The United States rejects all efforts to deny, distort, or diminish the indisputable fact of the Holocaust.  Holocaust denial and other manifestations of anti-Semitism often go hand-in-hand with racially or ethnically motivated violent extremism, xenophobia, homophobia, and other forms of hatred.  Irresponsible and malign actors manipulate history, using it as a political tool and rallying cry for those seeking to undermine democracies.  Shameful attempts continue in this region to rehabilitate long-dead anti-Semites and vicious nationalists, holding them up as heroes to new generations.

In Berlin in June, Secretary Blinken and Foreign Minister Maas announced the U.S-Germany Dialogue on Holocaust Issues through which we are developing tools against Holocaust distortion, including trainings for public servants, so they feel a responsibility and are equipped to take action.

The United States seeks continued engagement with the Swedish Chair, incoming 2022 Poland Chair, Personal Representative Rabbi Andrew Baker and his fellow Tolerance representatives, ODIHR, and participating States throughout the OSCE region to combat anti-Semitism and all other forms of hate.