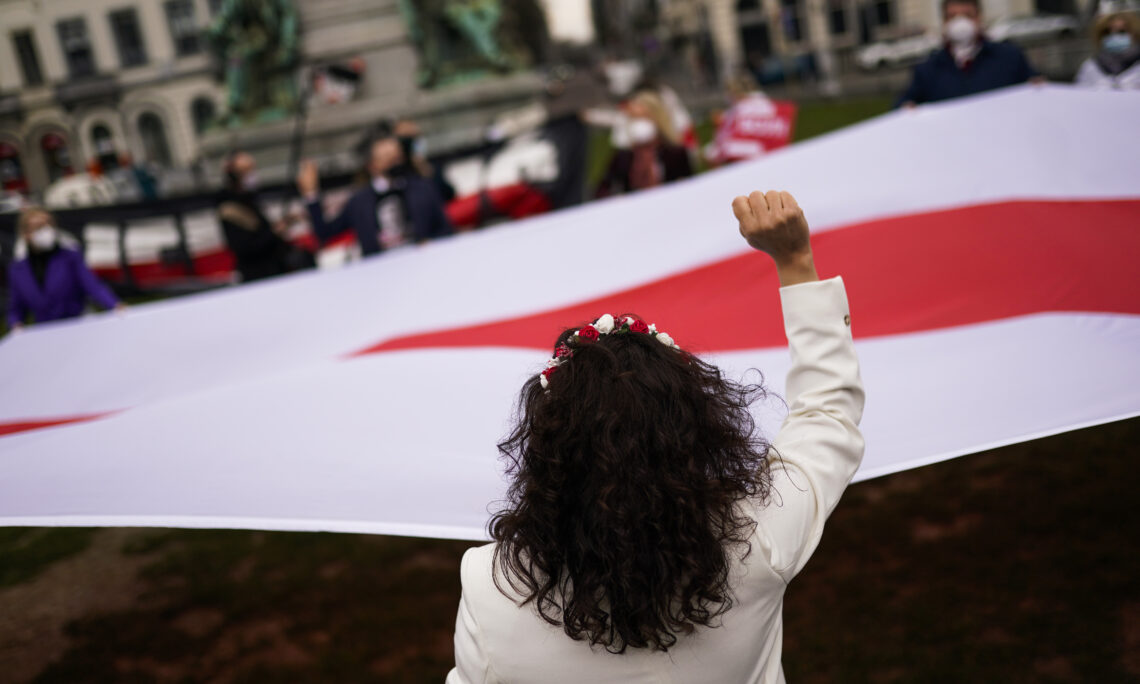 On the Second Anniversary of the Fraudulent Elections in Belarus

August 9 marked two years since the fraudulent presidential election in Belarus, during which time the Belarusian people have demonstrated incredible resilience in sustaining their pro-democracy movement despite crushing repression.  They have continued to press their demands for democracy, human rights, and their country’s sovereignty and independence despite great personal risks.  The Lukashenka regime now holds over 1,300 political prisoners, and the number keeps growing, as does the flood of Belarusians forced into exile in other countries by the regime’s unrelenting repression.  Over the past two years, tens of thousands of Belarusian citizens have been unjustly detained for exercising their human rights and fundamental freedoms.

For challenging Lukashenka’s rule simply by standing for election in 2020, presidential candidate Syarhey Tsikhanouski was sentenced to 18 years imprisonment and Viktar Babaryka to 14 years.  Others unjustly imprisoned include Maria Kalesnikava, sentenced to 11 years, and Maksim Znak, sentenced to 10 years, simply for expressing their support for a democratic future for Belarus.  Kalesnikava and Znak are among the many innocent Belarusians who have now been falsely labelled “terrorists” by the regime.

Independent journalists and bloggers continue to be targets for harsh reprisal by the regime.  Radio Free Europe/Radio Liberty journalist Ihar Losik was sentenced to 15 years, and Belsat journalist Katsiaryna Andreyeva to eight years, simply for reporting on the brutality of the regime to audiences in Belarus and beyond.  Belarus also continues to conduct acts of transnational repression through the targeting of journalists, activists, and athletes outside its territory.

The litany of outages perpetrated by the Lukashenka regime gets longer and longer.  The regime brazenly put civil aviation at risk by forcing down a civilian airliner for the sole purpose of capturing a blogger.  The regime lured migrants to Belarus and then forced them across the border to put pressure on Belarus’ EU neighbors.  And the regime defied the will of the Belarusian people by openly facilitating Russia’s unprovoked and unjustified invasion of Ukraine.  By putting Belarusian air, land, and military infrastructure at Russia’s disposal, Lukashenka has sought to preserve his personal future at the risk of his country’s future.

In response to these reprehensible and irresponsible actions, the United States has coordinated closely with our democratic Allies and partners to expand sanctions on authorities and impose several rounds of sanctions targeting the regime and its enablers.

Since the fraudulent 2020 Belarusian presidential election, the United States has taken steps to impose visa restrictions on 297 Belarusian individuals for their involvement in policies or actions that undermine democratic institutions or impede the transition to democracy in Belarus. These individuals include persons involved in a wide range of human rights abuses.  And in close partnership with our Allies and partners the United States has imposed stringent export controls on key industries in Belarus for contributing to Russia’s war on Ukraine.  These export controls are depriving the regime’s defense sector of vital parts, technology, and know-how.

Last month the United States announced the imposition of visa restrictions on Mikalai Karpiankou, Deputy Minister of Internal Affairs and Commander of the Internal Troops, and Dzmitriy Balaba, Commander of the Special Task Police Force (OMON) in Minsk, for involvement in gross violations of human rights, namely the arbitrary detention of peaceful protesters.  Balaba and Karpiankou played a significant role in the repression surrounding the fraudulent August 9, 2020 presidential election, in which thousands were violently detained and subjected to abuses and torture for exercising human rights and fundamental freedoms, including through peacefully protesting.

While the United States and many others in this room have urged the regime to participate in a facilitated dialogue with the opposition and civil society, it continues to reject that path.  Instead, it continues to abuse its own people and undermine the security and sovereignty of the Belarusian state.  The United States stands with the people of Belarus as they pursue a democratic, sovereign, and prosperous future.  It was an honor for the U.S. Mission to the OSCE to host Svyatlana Tsikhanouskaya, Leader of the Belarusian Democratic Forces, here at the Hofburg in June.  We will continue to speak about the horrible repressions taking place in Belarus, engage with Belarusian civil society to promote accountability for the Lukashenka regime’s human rights abuses, and support international efforts to hold the perpetrators to account.