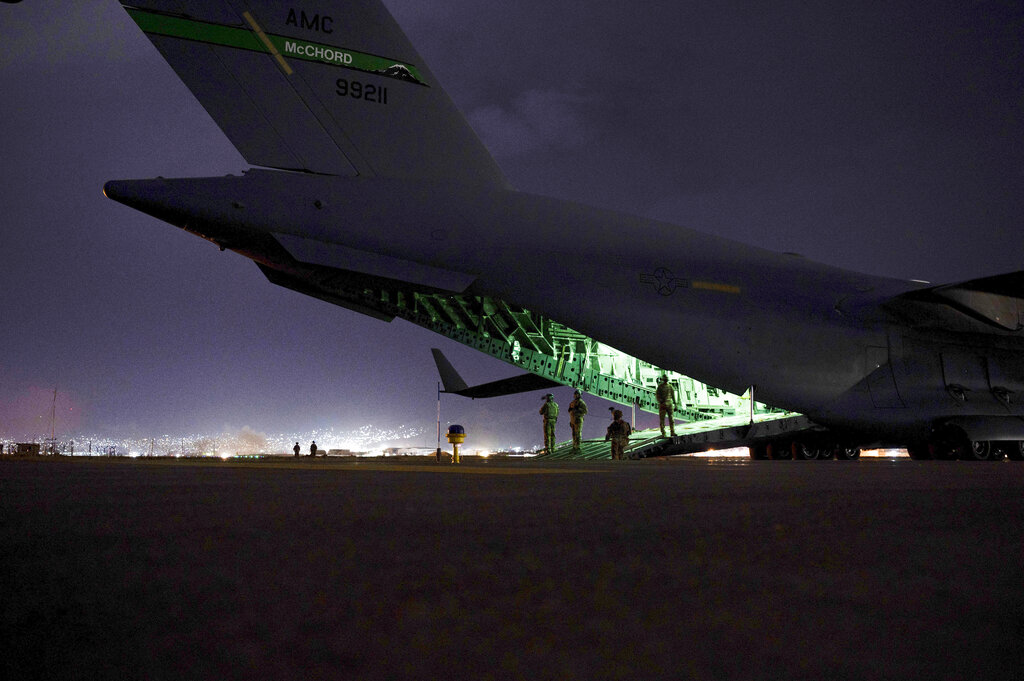 On the Secretary General’s Statement on Afghanistan

Thank you, Mr. Chair, and thank you Madam Secretary General for raising this issue.

On August 26, we witnessed a heinous terrorist attack carried out by ISIS-K that took the lives of 13 brave American service members, 2 British nationals, and killed and wounded over 160 innocent Afghan civilians.  Our hearts go out to the Afghan and British families who lost loved ones —including small children — or who were wounded in this vicious attack.  We honor to the highest degree the American service members who gave their lives in the service of liberty, security, and the service to others.

Despite that attack, the United States and our Allies and partners evacuated or relocated over 116,000 people in the two weeks between August 14 and August 30, and about 124,000 in total were safely flown out of Afghanistan.   Together, we carried out one of the largest airlifts in history – a massive military, diplomatic, security, and humanitarian undertaking.  The United States would like to express our deepest and most heartfelt thanks to all those OSCE participating states that helped with the evacuation of U.S. citizens and U.S. embassy personnel and relocation of individuals at risk to safety – we could not have carried out an airlift of such an unprecedented number of people in that short a time without the help of so many of our friends and Allies.  It’s a testament both to our brave U.S. and Allied servicemembers and to the strength of our alliances and partnerships.

The August 26 attacks remind us of the threat of terrorism.  As President Biden said, “the threat from terrorism continues in its pernicious and evil nature.”  And he has made clear, “To those who carried out this attack, as well as anyone who wishes America harm: We will not forgive.  We will not forget. We will hunt you down and make you pay.”  The attack demonstrated the risk posed by terrorism in Afghanistan and reaffirms our priority of ensuring Afghanistan is never again used as a safe haven for terrorism. We all have a shared interest in countering ISIS-K, al-Qaida, and any other terrorist group which threatens the security of our countries.  We recognize the concerns expressed by the Central Asian participating States, and look forward to working with the Secretariat on the best ways to provide additional assistance to those participating States in the form of border security training and programs to counter trafficking and other programs you may propose – we look forward to receiving the list that you mentioned today.

We likewise remain steadfast in our commitment to support the Afghan people. The United States continues to work with Allies and partners to ensure the freedom of movement from Afghanistan of American citizens, lawful permanent residents, third-country nationals, and at-risk Afghans, including women and girls, journalists, members of minority groups, and those who have assisted our efforts in Afghanistan.  We will continue our humanitarian assistance directly to the people of Afghanistan. Consistent with our sanctions on the Taliban, the aid will not flow through them, but rather through independent organizations, such as UN agencies and NGOs.

We are coordinating with Afghanistan’s neighbors and countries in the region, along with the international community—including the G7, EU, NATO, and the UN—on an aligned approach to the evolving situation. We will use every diplomatic, economic, and political tool at our disposal to help the Afghan people live in safety, security, and dignity.  Over the last twenty years, there have been important political, economic, and social achievements and greater opportunities for all Afghans, especially for women and girls and members of minority groups, to exercise their human rights.  These gains must not be reversed.  Civil society actors must be able to safely play a meaningful role in Afghan society.  We will continue to press for the formation of an inclusive government that can meet the needs and reflect the aspirations of the Afghan people.

Any future government of Afghanistan that seeks to have engagement with the rest of the world — and that does not desire to be deemed a pariah — must not interfere with the progress that has been made to advance human rights and fundamental freedoms, including for women, girls, and members of ethnic, religious, and other minority groups.  Any future Afghan government will be held accountable for adhering to Afghanistan’s international obligations, including international humanitarian and human rights obligations; safeguarding the human rights of all in Afghanistan; upholding the rule of law; allowing unhindered humanitarian access; and ensuring that Afghanistan never again serves as a safe haven for terrorists.

In conclusion, thank you again Madam Secretary General for including this topic in today’s meeting and we look forward to receiving your report.  Thank you, Mr. Chair.