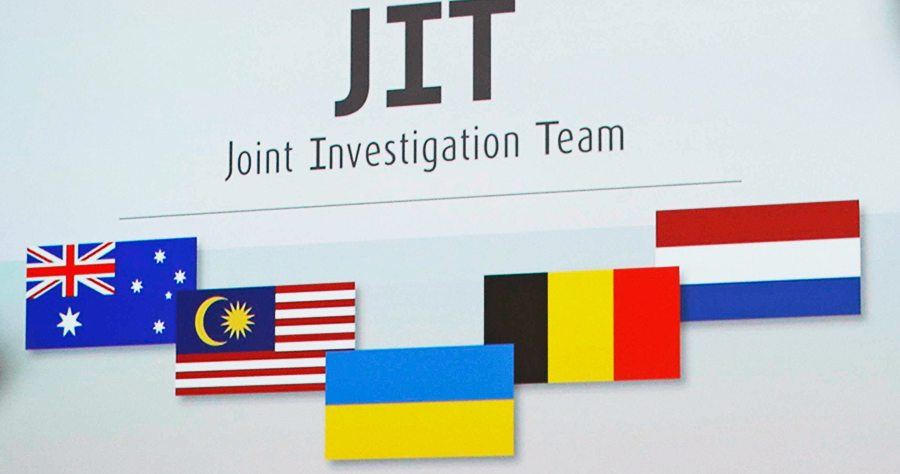 Members of the Joint Investigation Team (JIT) during a press conference on the preliminary results of the investigation into the shooting-down of Malaysia Airlines jetliner flight MH17 in Nieuwegein, Netherlands, Wednesday, Sept. 28, 2016. The disaster claimed 298 lives. (AP Photo/Peter Dejong)

As delivered by Political Officer Christine Harper
to the Permanent Council, Vienna
July 17, 2020

Today marks six years since the July 17, 2014 downing of Malaysia Airlines Flight #17 (MH-17) over eastern Ukraine. The United States joins other participating States in mourning the deaths of the 298 innocent people on board, including 193 Dutch citizens and one American citizen. We extend our deepest sympathies to the families and friends of the victims and call for justice on behalf of all who lost their lives on that day.

The march toward justice for these innocent victims and their families continues, most recently illustrated by the Netherlands’ announcement that it has brought a case against Russia before the European Court of Human Rights for its role in shooting down of MH-17. Russia and its proxies cannot escape the fact that a Russian BUK surface-to-air missile fired from eastern Ukraine was the cause of the crash of MH-17.

On this solemn occasion, we reaffirm that the United States fully supports the work of the Dutch authorities and the Joint Investigation Team and we call on Russia to ensure that indicted individuals currently in Russia, or in the territory it controls, will face justice. We demand Russia cease its continuing aggressive and destabilizing activities in Ukraine.