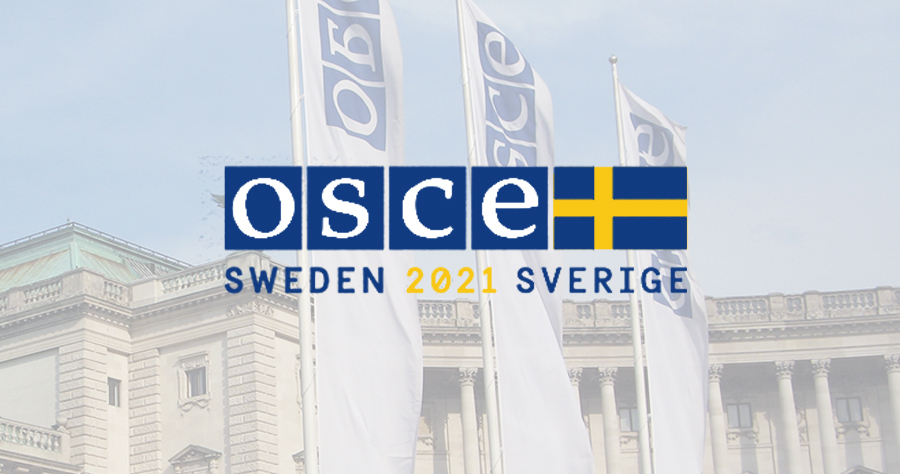 Response to the Address by the Deputy Minister for Foreign Affairs of Sweden, Mr. Robert Rydberg

Deputy Foreign Minister Rydberg, the United States welcomes you to the Permanent Council. Thank you for sharing Sweden’s goals as Chair-in-Office for 2021, we appreciate your insight and your plans.

The United States welcomes the emphasis that you have placed on implementing our shared commitments in all three dimensions. Such an approach acknowledges that all aspects of our organization are important.

We believe the OSCE has a unique role supporting participating States as they strive to protect public health while respecting human rights and sustaining the institutions that support democratic governance. The OSCE can record the challenges CoViD-19 presents, identify best practices among participating States’ responses, and document the impacts of the pandemic on democratic governance and civil society. At the same time we can and we must keep the primary long-term focus of the OSCE on our shared commitments, values, and principles that will likely remain under threat even after the pandemic ends.

Russia, in particular, has demonstrated its contempt for OSCE’s principles and commitments through its ongoing violations of the sovereignty and territorial integrity of other participating States. Such behavior threatens the very existence of peace and security in Europe. And also threatens the very premise of the OSCE.

Mr. Deputy Minister, it is imperative that support for Ukraine’s sovereignty and territorial integrity remain high among the priorities of the OSCE.

Your Chairmanship will likely be focused on pushing for additional disengagement areas and reaffirming this organization’s commitment to ensuring the safety and security, as well as the unimpeded movement, of our monitors on the ground. The SMM remains our collective eyes and ears on the ground, and any restrictions placed on our monitors should end. The Mission is the OSCE’s most critical response to the conflict in Ukraine, and the United States will continue to strongly support its work.

We look forward to working with Sweden as Chair-in-Office to promote peaceful, negotiated settlements to protracted conflicts across the region, several of which Russia seeks to perpetuate. Russia fails to abide by the 2008 ceasefire agreement with Georgia and has not fully implemented the 1999 Istanbul Summit commitments regarding Moldova. We value the efforts of the Geneva International Discussions and the 5+2 Transnistria settlement negotiations in promoting transparency and understanding of those conflicts. Recognizing Sweden’s valuable engagement and support for the Minsk Group over the years, we look forward to working together to help the sides resolve the Nagorno-Karabakh conflict peacefully.

During the recent Annual Security Review Conference, many participating States called for increased cooperation in addressing hybrid threats, cybersecurity, terrorism, and other emerging challenges. The United States and others called for negotiations on a modernized Vienna Document. This overdue update of the Vienna Document is critical to begin to restore confidence and ensure reciprocal military transparency. We reject anti-NATO preconditions and other pretexts for blocking negotiations, when Vienna Document modernization would help every single country in the OSCE.

In the second dimension, we welcome your desire to carry on the current Chair’s efforts to combat corruption and advance accountable governance. Corruption erodes the rule of law, breeds organized crime, undermines the public’s faith in government, and creates openings for malign actors to exploit weaknesses in sectors including energy and indeed in all elements of key infrastructure. The United States proposed to place a special emphasis this year on the barbaric crime of trafficking in human beings. A Ministerial Council decision this year on trafficking in natural resources, especially wildlife and timber, will advance our second dimension work. We support your determination to maintain that focus during your Chairpersonship.

Women are critical to vibrant market economies as well as to building strong and resilient democratic societies. Equal opportunity for women and girls to participate on the national and international stage and in all sectors, from political leadership to private business to civil society, will allow societies to reach their full potential.

We acknowledge that “zero nominal growth” budgets in previous years have posed a challenge to the organization, but while the United States continues to believe that this should be our benchmark goal, we stand ready to work with the incoming Chair to accomplish the OSCE’s core tasks with the resources available while maintaining fiscal discipline. We hope to see a well-justified, realistic Unified Budget Proposal that will further the goals and priorities of the OSCE and quickly bring us to a timely consensus.

Sweden is known throughout this community as a leader on Third Dimension issues. The United States is concerned that, in recent years, some participating States have increased repression of individuals for exercising their fundamental freedoms. Those same states seek to use the public health emergency as an excuse to further crack down on their political opposition, undermine the electoral process, suppress independent media and civil society, legitimize expanded arbitrary or unlawful use of monitoring technologies to undermine civil liberties and human rights, to expand executive authorities, and scapegoat members of minorities. By upholding commitments, we will demonstrate the value democratic governance.

The space for civil society and independent media is shrinking in many participating States, and human rights defenders and journalists are attacked with impunity. The United States will support civil society access in the Human Dimension Implementation Meeting.

We cannot ignore egregious mass human rights violations on our doorstep, such as the mass abuses occurring in Xinjiang, China. Any legitimate discussion on OSCE principles should take these larger trends into account. The People’s Republic of China has detained more than one million individuals in internment camps since 2017. Those advocating for the ‘Belt and Road Initiative’ need to think hard about vulnerabilities in the supply chain by examining the risks associated with labor or goods sourced in Xinjiang, or from factories elsewhere in China implicated in the forced labor of individuals from Xinjiang.

It is not enough to proclaim our support for the OSCE’s acquis, its field missions, and its institutions. We need to put the integrity and well-being of this organization first; not personalize or politicize the leadership positions at the expense of the health of our organization.

Thank you, Mr. Deputy Minister, for your country’s willingness to take on this weighty task, we look forward to working with your Permanent Representative Ulrika here in Vienna, and we assure you of the United States’ support for Sweden’s Chairmanship.