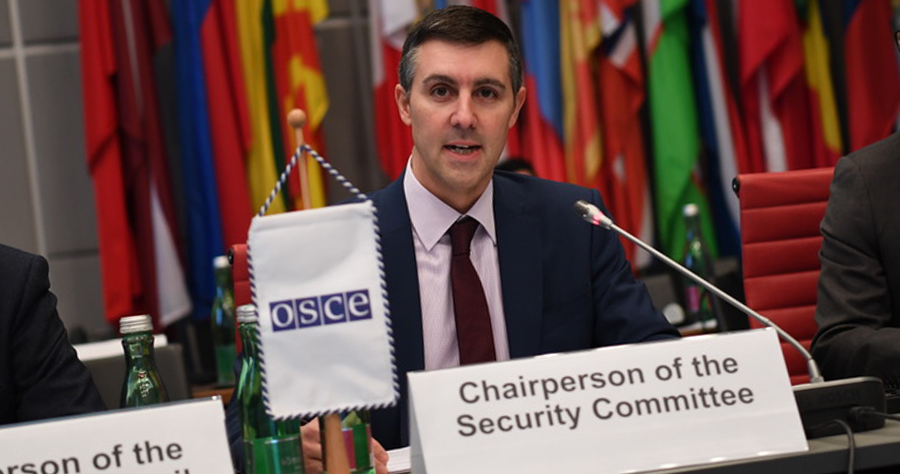 The Chair of the OSCE Security Committee, Ambassador Neil Bush of the United Kingdom, speaks on his committee's priorities for the upcoming year to the Permanent Council on February 27, 2020. (USOSCE/Gower)

The United States commends the United Kingdom for its continued global leadership on the promotion and protection of human rights, that it has demonstrated through this establishment of a global human rights sanctions regime.

Actually the Magnitsky sanctions regime grew out of an issue involving human rights and, I think, it has advanced the cause of human rights in the OSCE. It has been largely promoted by Senator Ben Cardin in the Parliamentary Assembly of the OSCE. And we believe this is a big step forward for all of us that yet another country is coming in with a sophisticated leadership approach on human rights.

This sanctions regime marks the beginning of a new era for United Kingdom sanctions policy and cooperation between the United Kingdom, the United States, and frankly all other countries that care about human rights.. The United Kingdom Global Human Rights sanctions regime will give the UK a powerful new economic tool to promote accountability for human rights abuse on a global scale. It complements the efforts of many countries, including the United States and Canada, and furthers our ability to work together for these common purposes set out in the rules and standards and values of the OSCE.