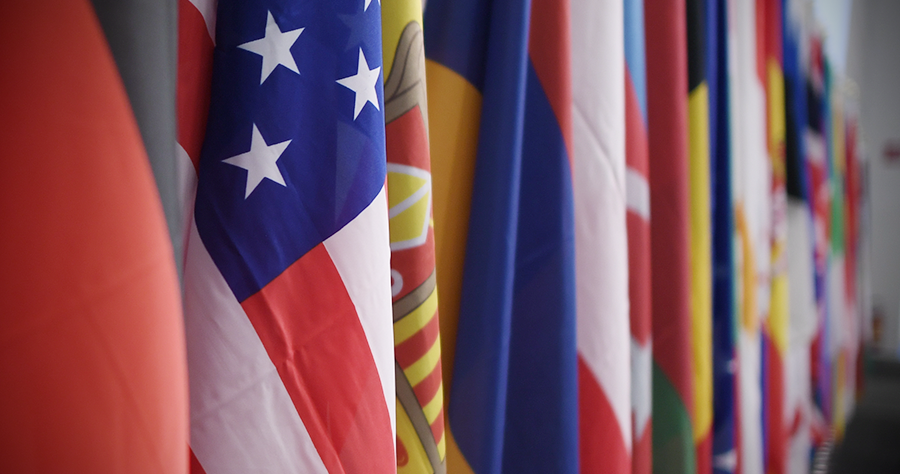 On the UN International Day for the Elimination of Racial Discrimination

On March 21, the world observes the International Day for the Elimination of Racial Discrimination. The United States condemns racism and racial discrimination anywhere in the world. We recognize, however, that this is a scourge that persists throughout the OSCE region, including in the United States. All human beings are born free and equal in dignity and rights.

The United States knows how the evil of racism can linger in societies for generations. Although the United States officially abolished slavery in 1865, then later eradicated the so-called “Jim Crow laws” and other segregation policies that institutionalized political, economic, and educational disadvantages and passed federal anti-discrimination legislation, still racism and racial discrimination did not end in the United States. We have made progress, but race-based discrimination remains a challenge we must confront head-on.

The United States takes this opportunity to reaffirm our commitment to meeting our obligations under the International Convention on the Elimination of All Forms of Racial Discrimination and calls upon all OSCE participating States to do so as well. The particular forms that racism and racial discrimination take differ from country to country. But we must all ensure that members of racial minorities have equal opportunities to participate fully in civil, political, social, and economic life. Racially motivated violence must be prosecuted to the fullest extent of the law. Our leaders and politicians must speak out publicly against these crimes

ODIHR is a recognized leader in this area, and we applaud its work to address racism and combat hate crimes in our region. We also appreciate the efforts of the OSCE Parliamentary Assembly to highlight the destructiveness of racism and to work towards effective responses. We call upon all participating States to implement their existing OSCE commitments and international obligations to condemn and combat racial hatred and discrimination. And we ourselves vow to do better. At all times, including during this time of crisis, we must uphold the dignity and respect the rights of every human being. To quote Dr. Martin Luther King, Jr.: “The time is always ripe to do right.”