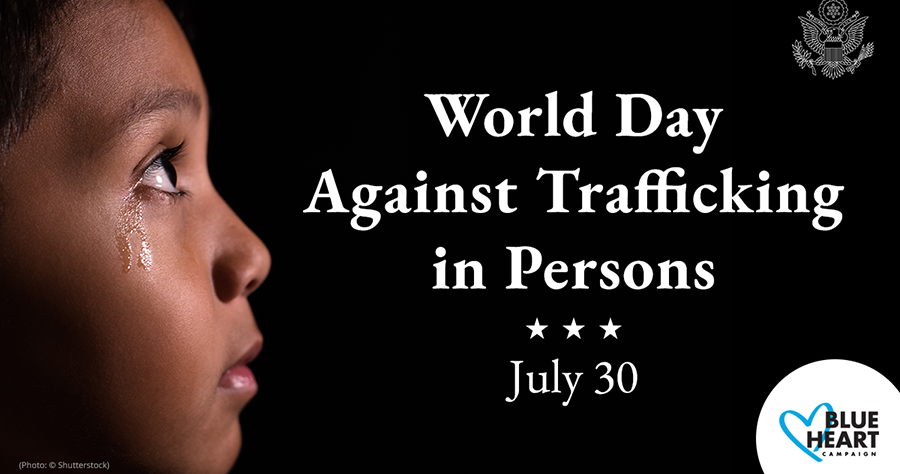 World Day against Trafficking in Persons

As delivered by Political Officer Christine Harper
to the Permanent Council, Vienna
August 31, 2020

The United States Mission to the OSCE joins the United Nations, and communities and organizations around the world, in commemorating July 30, as World Day against Trafficking in Persons.

This year marks the 20th anniversary of the landmark Trafficking Victims Protection Act of 2000, which mandated the U.S. State Department’s Trafficking in Persons Report (TiP Report).

We also recognize the 20th anniversary of the Palermo Protocol, which is now one of the most widely adopted international legal instruments.  In addition to establishing for the first time a global definition of the conduct constituting the crime of trafficking in persons, which greatly facilitates international cooperation, the Protocol commits state parties to adopt and implement effectively national legislation to combat all forms of trafficking in persons, prosecute and punish perpetrators, protect and assist victims of trafficking, and promote cooperation among countries.  We call upon all participating States to implement their obligations as signatories to the Protocol, to remember their OSCE commitments and join us in calling for governments to take bold action to increase prosecution of traffickers, improve the protection of trafficking victims, and ramp up efforts to prevent trafficking in persons.

Also celebrating its 20th anniversary this year is the OSCE’s Alliance against Trafficking in Persons.  The Alliance Conference last week brought together hundreds of committed and passionate stakeholders worldwide, including our OSCE Partners for Cooperation, experts, survivors of human trafficking, and the first responders who we are applauding today.  We congratulate the Chairmanship, the Special Representative and Coordinator for Combatting Trafficking in Human Beings Val Richey, his staff, and all those who made the conference accessible to a record number of participants despite the health crisis.  During these challenging times, this virtual and in-person format demonstrated how we can still hold robust and effective conferences and meetings with robust participation from governments, civil society, academia, and the private sector.  We hope similar formats can be applied to other key events.

These anniversaries are a call to action for all of us.  Let’s join together to stop the human traffickers, protect the victims, and work to prevent this appalling crime.