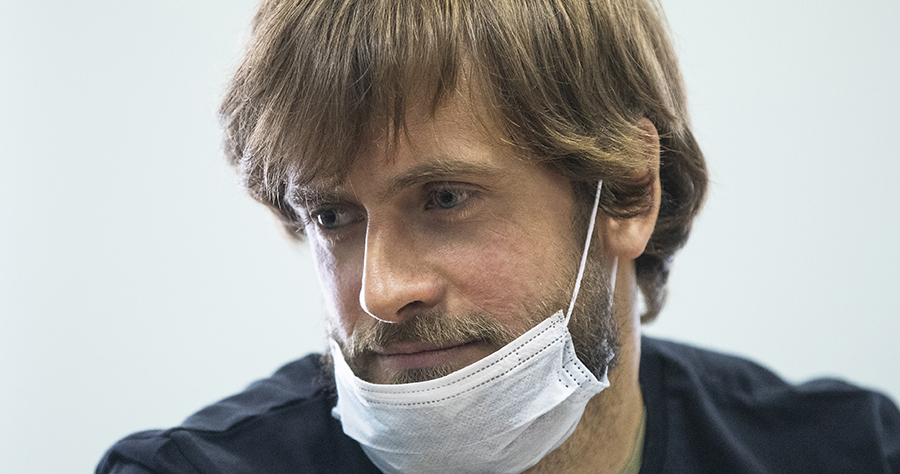 As delivered by Michael Gower, Public Affairs, U.S. Mission to the OSCE
to the Permanent Council, Vienna
July 17, 2020

The United States is deeply concerned by the sweeping government crackdown in the Russian Federation following the constitutional plebiscite. In the last two weeks, Russian officials are reported to have stepped up arbitrary searches, arrests, and detentions, particularly targeting journalists and members of the political opposition. These actions cast a pall on the exercise of human rights and fundamental freedoms in the country.

We call your attention to Russia’s raids on the homes of activists who opposed the July 1 constitutional plebiscite. Other instances of repression targeted journalists’ freedom of expression, including the arrest of Pussy Riot’s Petr Verzilov, who works for a news outlet detailing instances of abuses by Russian authorities.

We are similarly concerned by the recent arrest of Ivan Safronov, the court verdict against Svetlana Prokopyeva, and additional arrests of journalists. These arrests and court rulings appear to be indicative of a concerted campaign against members of the media, with the apparent intent to stifle speech and limit dissent.

The repeated searches and detentions against Petr Verzilov are particularly egregious examples of Russian authorities’ attempts to disband opposition and prevent reporting on abuses committed by Russian law enforcement. Verzilov was most recently arrested on June 2 and was previously arrested in 2018 for protesting police brutality during the World Cup finals in Moscow. That same year, he became ill in Moscow in a suspected poisoning attack and was flown to Germany for treatment.

The arrest of Ivan Safronov on charges of treason for allegedly passing state secrets to the Czech Republic appears questionable. The only evidence cited by the authorities in the charges is Safronov’s past reporting, including a March 2019 article in the paper Kommersant, which discussed the potential sale of Russian jet fighters to Egypt.

Since Safronov was taken into custody on July 7, dozens of other journalists have been detained for protesting his arrest in Moscow and other Russian cities. While most have been released without charge, a few of the journalists have been accused of violating quarantine regulations and holding illegal protests.

After a suicide bomber targeted officers of the Russian Federal Security Service building in 2018, Svetlana Prokopyeva observed during a broadcast of the Moscow-based radio station Ekho Moskvy that the Russian government’s severe restrictions on freedom of peaceful assembly and freedom of expression could be a possible factor in driving youth toward violence. Although she never voiced any sort of approval for the bomber’s actions, a military court charged her with “justifying terrorism,” a charge so laughable that even Russian President Putin’s Human Rights Council declared that it had carefully studied her text and “did not see in it any signs of justification of terrorism.”

International human rights organizations, such as Amnesty International and the Committee to Protect Journalists, have been quick to condemn the court’s decision. Amnesty International asked Russia to annul the ruling in order to “ensure that counter-terrorism legislation is not used to gag government critics, stop discussions of public interest, or penalize independent journalists.”

The Russian government has likewise shown a clear desire to bury Russia’s past, as evidenced by its continued pursuit of renowned gulag historian Yuriy Dmitriyev on charges widely seen as falsified and political in nature. We condemn the June 16 decision of a court in Karelia to extend his pre-trial detention. Due to his age and health problems, Dmitriyev remains at particular risk from CoViD-19, which is present in the prison where he is held. This academic should be released, along with more than 300 other political prisoners Russia is holding.

Unfortunately, Mr. Chair, the treatment of Mr. Verzilov, Mr. Safronov, Ms. Prokopyeva, and Mr. Dmitriyev fit a disturbing pattern of increasing repression by Russian authorities, which has accelerated since the beginning of the pandemic. According to the Agora International Human Rights Group, Russia has prosecuted over 200 people, mostly journalists and human rights activists, for spreading so-called “fake news” related to the coronavirus. We saw Russia’s repressive tactics on full display during the recent constitutional plebiscite. There were widespread reports of Russian government efforts to manipulate the result of the vote, including through voter coercion, pressure on opponents of the proposed amendments, and restrictions on the ability of independent observers to monitor the vote.

Last week we marked the 16th anniversary of the murder of Forbes Russia editor Paul Klebnikov, an American citizen, who was shot and killed by unknown assailants as he was leaving his office in Moscow, most likely for exposing official graft and corruption. Just yesterday, we witnessed yet another unfortunate anniversary, July 15th, that marked 11 years since the murder of journalist and human rights defender Natalya Estemirova. Neither the perpetrators of these crimes nor those who ordered them have ever been brought to justice. We call on the government of Russia to bring an end to impunity for violence against journalists in the country.