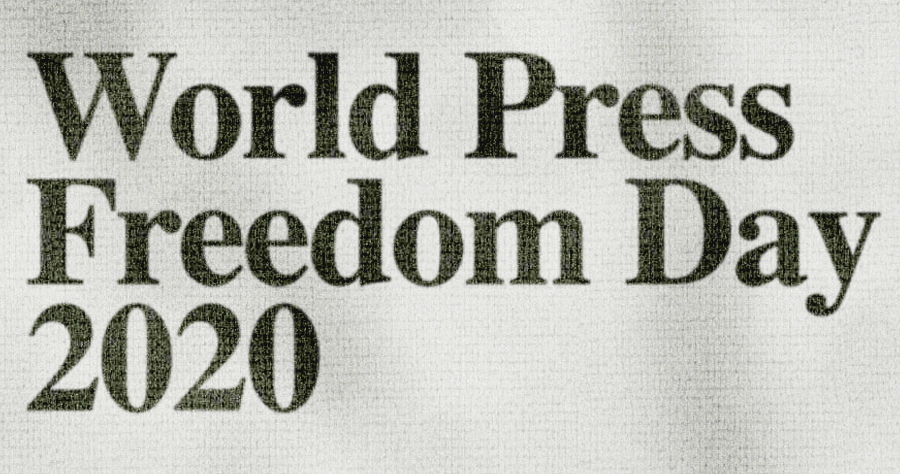 This past Sunday, we marked the 27th anniversary of World Press Freedom Day, which takes on particular importance this year as the world grapples with the coronavirus. It is impossible to overstate the importance the United States places on freedom of the press. That precept was enshrined in the First Amendment to our Constitution as a key component of democratic governance. When we foster free media, citizens are more informed, active, and engaged in political decision-making and can better hold their governments accountable.

This year, as the world faces the COVID-19 pandemic, it is particularly important that both professional and citizen journalists be free to report what they see and hear and to express their opinions openly. Independent media across the OSCE region facilitate the exchange of life-saving information, spend countless hours chasing facts and verifying their accuracy, and ask tough questions designed to hold accountable public officials and the experts on whom they rely. Transparency ensures reasoned decision-making and official accountability.

Mr Chairman, if you can keep citizens ignorant and unaware, then it is easier to repress them, and to have a totalitarian government succeed whereas free information prohibits and prevents totalitarianism.

Unfortunately, not all OSCE participating States embrace this spirit of media freedom. Just last week, I highlighted two instances in the Russian Federation, namely Novaya Gazeta’s Elena Milashina and Radio Free Europe/Radio Liberty’s Aslan Doukaev, journalists who had received threats and had their work censored due to their honest reporting on coronavirus in Chechnya. The next day, the Representative on Freedom of the Media called out a third, separate instance where authorities in St. Petersburg intimidated journalist Tatyana Voltskaya in order to force her to name sources on another COVID-19 related story. This week, the RFOM expressed concern about decisions made by Turkey’s Radio and Television Supreme Council to fine and sanction certain media outlets. Such measures place pressure on journalists and can seriously harm media pluralism.

These are not the only cases where journalists across the OSCE region have been harassed for their reporting on the outbreak. The Representative on Freedom of the Media has issued statements on over a dozen different countries for unacceptable press restrictions implemented as part of their efforts to combat COVID-19. To their credit, some countries have realized some of these measures were taken in haste, and in response to the RFOM’s and other international actors’ statements, have repealed measures that unduly restrict this fundamental freedom.

Russia, whose actions are among the most blatant and repressive, has not acted in a similarly responsible manner. We are concerned that journalists and citizen bloggers in Azerbaijan, Belarus, Turkey, and Kazakhstan have been detained or arrested for their reporting on COVID-19.

Mr Chairman, this is just reporting on the pandemic, what about the opportunity for the media to address the issue of real political repression– how can that be done, if we are seeing this kind of repression in the OSCE area?

Today, at a time when all public officials should be protecting the ability of independent media to fulfill their vital role, some governments are intentionally spreading disinformation, censoring accurate and useful information, and aggressively restricting the ability of independent journalists to serve the public. Journalists have been arrested for their reporting, and news stories and websites have been blocked because reporters have had the courage to question and criticize official government responses to the COVID-19 pandemic. Officials seeking to evade responsibility have restricted journalists’ freedom of movement and used threats of criminal penalties to suppress reporting of information considered critical of the government. We call for an immediate end to such censorship.

We applaud the courage and determination of the independent media. Many journalists work at peril of loss of life and liberty, not only in conflict and disaster zones and areas hardest hit by the pandemic, but also in places where they face the threat of arbitrary detention or violence.

We call on all governments to release journalists jailed for their work and to hold accountable those who commit crimes against them. We applaud the civil society organizations that advocate tirelessly on behalf of journalists, and we encourage those in the private sector who provide generous support to foster the sustainability of the independent media.