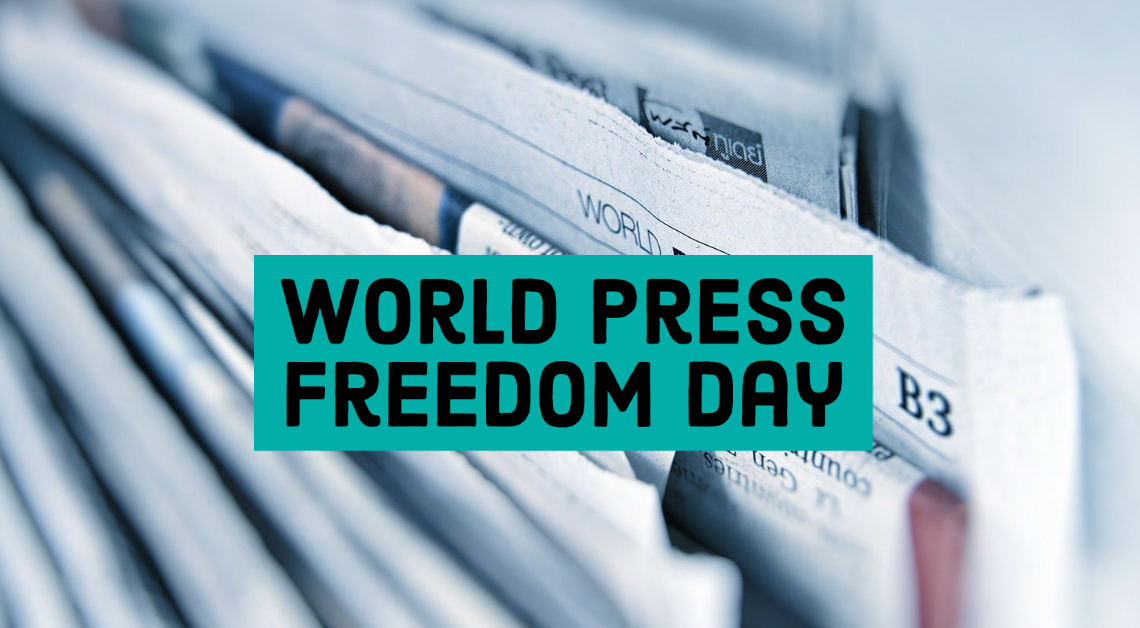 This past Monday, the United States joined the international community in celebrating World Press Freedom Day.  A free and independent press is the core institution connecting our citizens to the information they need to advocate for themselves, make informed decisions, and hold government officials accountable.  The United States is a staunch defender of press freedom, both online and offline; and for the safety of journalists and media workers worldwide, as is reflected in the 2018 Milan Ministerial Decision on the Safety of Journalists.

Unfortunately, 2020 was a difficult year to be a journalist.  The pandemic provided a pretext for repressive governments to intensify pressure on independent media.  It is exactly in that kind of hostile environment the exercise of freedom of expression, especially by members of the press, becomes crucial to alerting the public of abuses and corruption and in countering dangerous misinformation and disinformation.  We call on all governments to promote and protect journalists’ ability to do their jobs without fear of violence, threats, or unjust detention.

Disturbingly, the data from the past year shows how many countries are failing to heed this call.  The Committee to Protect Journalists (CPJ) reported that in 2020, the global number of journalists killed in retaliation for their reporting more than doubled.  According to CPJ, the number of journalists jailed for their reporting in 2020 reached the highest level since the organization began keeping track.  I will address in a separate statement recent repressive actions taken by Russia against independent media.  Within the OSCE region, CPJ made note of the numbers of journalists imprisoned in Turkey, Russia, Belarus, Kazakhstan, Tajikistan, and Azerbaijan.  According to CPJ rankings, Turkey is on the list of countries with the highest number of incarcerated journalists for the fifth year in a row.  In Russia, Azerbaijan, Belarus, Tajikistan, Turkmenistan, and Uzbekistan, authorities continue to restrict independent reporting, including Radio Free Europe/Radio Liberty. (RFE/RL).

According to Reporters Without Borders’ latest survey, the press situation is described as “problematic,” “bad,” or “very bad” in countries within RFE/RL’s coverage area, with Turkmenistan ranking third from the bottom just above the Democratic People’s Republic of Korea (DPRK).

In our increasingly digital world, freedom of expression, including for members of the press, and the free flow of information require Internet freedom.

We are concerned by governments’ increased efforts to deprive the public of information and knowledge by controlling Internet access and censoring content, including through the widespread use of network restrictions—some as long as 18 months—that make it impossible for journalists to conduct independent reporting.  In Turkmenistan, for example, certain VPNs are blocked and independent media and foreign social media remain off-limits.  In Azerbaijan, authorities continue to block a number of independent domestic and international media websites including RFE/RL.  In Belarus, authorities engineered widespread internet disruptions after last year’s presidential election, and censorship of online news outlets remains a problem.

Governments must not shut down, block, throttle, censor, or filter services, as these actions undermine and unduly restrict the right of peaceful assembly and freedoms of association and expression, disrupt access to essential services, and negatively impact the economy.  We urge OSCE participating States to again consider a Ministerial Decision on access to information this year to commit to promoting this vital tool for our publics.

We urge governments to investigate and seek accountability for all crimes against journalists and media workers and call for the release of all those journalists incarcerated for exercising their freedom of expression.

In particular, we seek to draw attention to the plight of the following journalists and media workers:

The United States works in partnership with members of the media, the private sector, non-governmental organizations, and other concerned governments to support access to information and defend freedom of expression and the brave journalists who face intimidation, harassment, arrest, and further censorship.