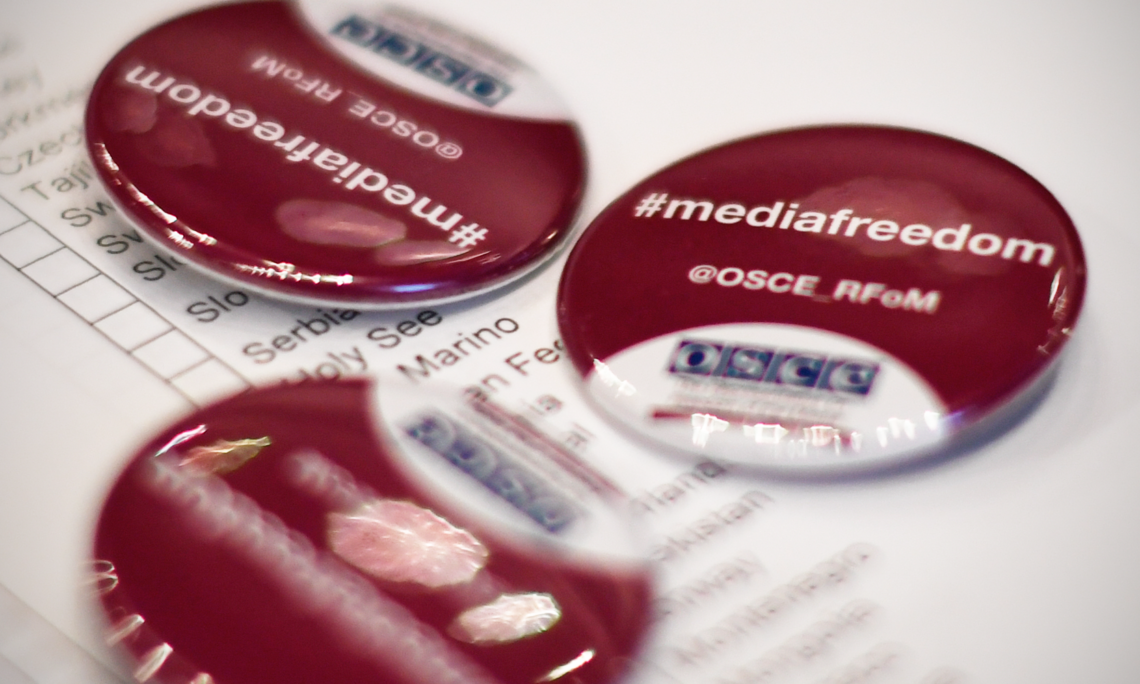 As delivered by Chargé d’Affaires, a.i. Harry Kamian
to the Permanent Council, Vienna
May 3, 2018

On the 25th annual World Press Freedom Day, the United States renews our commitment to promoting and protecting a free press, which is an essential pillar of democracy. The United States values a free press as a key component of democratic governance. When we foster a free press, citizens are more informed, active, and engaged in political decision-making and can better hold their governments accountable.

As we reaffirm commitments to promoting a free press worldwide, we repeat our calls on participating States to uphold their OSCE commitments on freedom of expression and media freedom – online and offline.

Today we honor the many journalists and media actors who have dedicated their lives, often at great risk, to promote transparency and accountability throughout the world. We regret that many participating States fall short of promoting a safe environment for journalists to work independently and without undue influence. In this context, the United States was shocked by the deaths of investigative journalists Daphne Caruana Galizia, Ján Kuciak and his fiancée Martina Kušnírová, and Maksim Borodin. We joined the call by the OSCE Representative on Freedom of the Media (RFoM) and others for a full, transparent, and independent investigation into the circumstances surrounding these troubling deaths.

We joined the RFoM in expressing our concern over the blocking of communications app Telegram, and legal restrictions on social networks as limiting freedom of expression even further in the Russian Federation. We share the concerns expressed by the RFoM with respect to the prison sentences given the Cumhuriyet journalists and staff in Turkey on April 25, while noting the release of CEO Akin Atalay.

Mr. Chair, the United States is concerned about limits on freedom of expression and freedom of the press in Azerbaijan, including the continued blocking of the websites of Radio Free Europe/Radio Liberty and many independent news outlets like Azadliq, Azerbaycan Saati, and Meydan TV. In Kazakhstan, we are monitoring the criminal investigation of journalists from the news website Ratel.kz and Forbes Kazakhstan magazine staff which was initiated on March 30. In Belarus, we are concerned about the blocking of news websites, the continued fining of freelance journalists, and newly proposed rules that would limit freedom of expression online. We also remain concerned about the decline of freedom of expression in Tajikistan – including the detention of journalists. Mr. Chair, regrettably, the list of concerns within the OSCE region continues to expand.

Freedom of expression and a free press are fundamental to any democracy. Upholding and promoting a free and open press is a fundamental value of the United States.