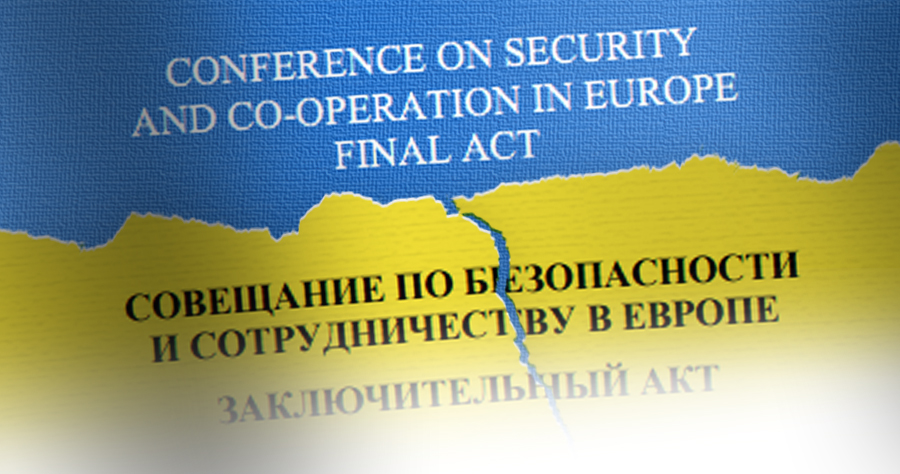 The level of violence in eastern Ukraine continues to escalate. Ukrainian casualties, both civilian and military, continue to increase. The number of Ukrainian soldiers killed in action is one third higher this year compared to the same period in 2016. The fighting is getting worse, not better. Russia and the so-called “separatists” it backs demonstrate – on a daily basis – their willful disregard for civilian lives, which have been lost at dramatic rates, according to SMM Deputy Chief Monitor Alexander Hug.

SMM reports of shells fired by Russia-led, trained and equipped “separatists” near a hospital and school in government-controlled territory are deeply troubling. Within 30 meters of a hospital, there was a shell crater four meters in diameter and two meters deep, assessed to have been fired from a 152mm artillery piece located in “separatist”-controlled territory. Because a shell of this size will generally kill anything within 50 meters of impact, it caused extensive damage to the hospital. The SMM also reported two shell craters at a nearby school; one just five meters away from the school building. The same day, the SMM reported that officials in government-controlled Kurakhove instructed students to take shelter in the basement of their school due to heavy shelling in the area. Indiscriminant shelling of civilian areas is unacceptable, and the targeting of school children unthinkable. We reiterate our demand that Russia take steps to implement fully the Minsk agreements, the first of which is to uphold a genuine and lasting ceasefire.

The SMM’s new security restrictions, imposed in April after the tragic death of Joseph Stone, continue to limit the mission’s activities. With SMM patrolling still confined to hard surface roads, its personnel cannot fully monitor or conduct surveillance of the conflict. As a result, it is difficult for SMM reports to fully capture the nature of the ceasefire violations. We do know that Russia is attempting to exploit the SMM’s security restrictions. On the night of May 16, the SMM reported multiple heavy vehicles on the move under the cover of darkness, located south and south-east of Donetsk city in “separatist”-controlled territory. SMM observations such as this are evidence that Russia continues to fuel this conflict.

In his last report to the Permanent Council, Chief Monitor Apakan explained how the SMM has repeatedly called upon the Joint Center for Control and Coordination (JCCC) to respond to efforts to prevent the SMM from fulfilling its mission to monitor the situation on the ground. The JCCC has consistently either failed to respond or support efforts aimed at identifying and penalizing individuals who harassed SMM personnel. Just last week, the SMM characterized the JCCC as “ineffective” in its role of rapidly responding to obstruction of the SMM. Russian JCCC officers chose to submit letters to so-called “DPR” authorities to inquire about incidents, but did nothing to follow-up.

The SMM also noted that Russian officers at the JCCC seemed to obstruct the SMM. In the incident where the SMM observed a Russian Orlan-10 UAV above “DPR”-controlled Makiivka, the Russian JCCC officer on duty refused to ensure that the SMM could operate without restriction in the area. We call on Russia to rapidly respond to impediments to SMM operations, and to use its influence over its proxies to end their campaign of harassment and intimidation of SMM monitors.

In its May 24 weekly report, the SMM stated that the JCCC continued to “shirk its responsibility in coordinating demining” efforts. For example, on May 21, an SMM patrol found mines in an area after having received assurances from a Russian officer at the JCCC that mines had been removed. During the May 15 meeting of the working group on security issues, neither Russian nor Ukrainian delegations provided any information to Chief Monitor Apakan on efforts by the JCCC and the sides on de-mining activities. This is unacceptable. Over five weeks have passed since Joseph Stone’s death in a ground explosion, yet the JCCC seems unmoved and unwilling to make serious efforts to facilitate progress in mine action. We call on all sides to follow through on their obligations to map, fence off, and clear mines to avoid further tragedies caused by these indiscriminate weapons.

The United States and the international community have consistently raised concern about the deterioration of the situation in Crimea since the Russian Federation occupied and purported to annex the peninsula in 2014. Crimean Tatars and others who oppose the occupation have been subjected to serious abuses. For three years, Russia has relentlessly weakened and dismantled authentic institutions, including the Mejlis, the Crimean Tatars’ representative body. Courts are corrupt and trials are mostly predetermined theater, albeit theater of the absurd.

Against this backdrop, we applaud the Dublin-based organization Front Line Defenders for awarding Crimean human rights lawyer Emil Kurbedinov the 2017 Award for Human Rights Defenders at Risk. Russian authorities jailed Mr. Kurbedinov earlier this year for his work defending residents of Crimea, and for documenting cases of Russian authorities raiding properties of and arresting Crimean Tatars. We welcome this acknowledgment of one of the selfless and heroic defenders of human rights and fundamental freedoms in Russia-occupied Crimea. We call for his immediate release, and the release of all other Ukrainian citizens prosecuted by Russia for exercising their human rights and fundamental freedoms, including Oleh Sentsov, Oleksandr Kolchenko, Ilmi Umerov, Akhtem Chiygoz, Emir-Usain Kuku, and dozens of others.

Crimea remains an integral part of Ukraine within its internationally recognized borders. We call on all OSCE participating States to reject Russia’s occupation and purported annexation of Crimea. Sanctions will remain in place until Russia ends its occupation of Crimea and returns full control of the peninsula to Ukraine. We also join our European and other partners in restating that our sanctions against Russia for its aggression in eastern Ukraine will remain until Russia fully implements its Minsk commitments.